We Talk FASHION with Nina Manandhar 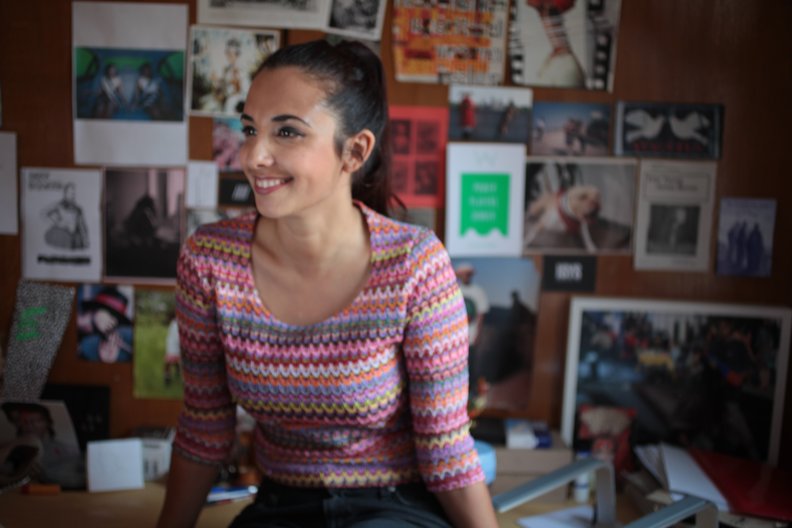 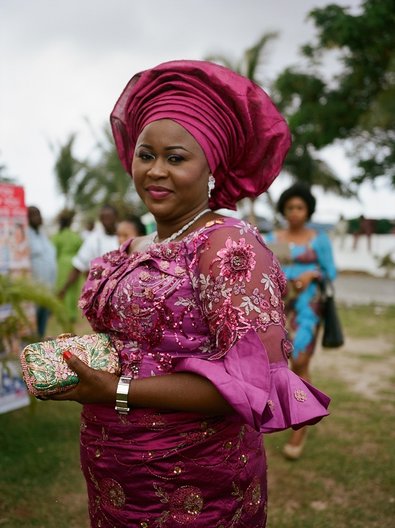 Glamorous dress at a Nigerian wedding 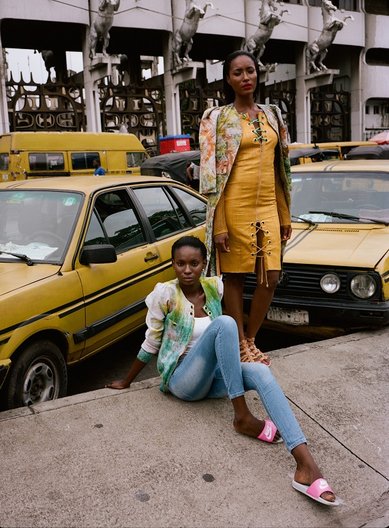 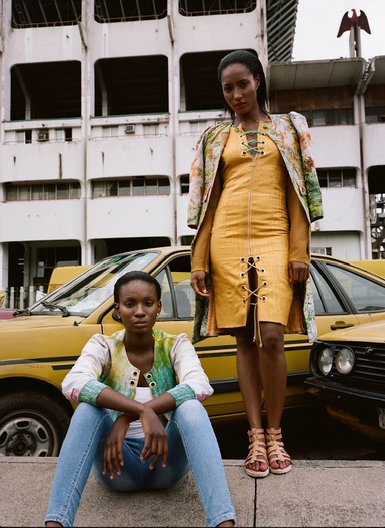 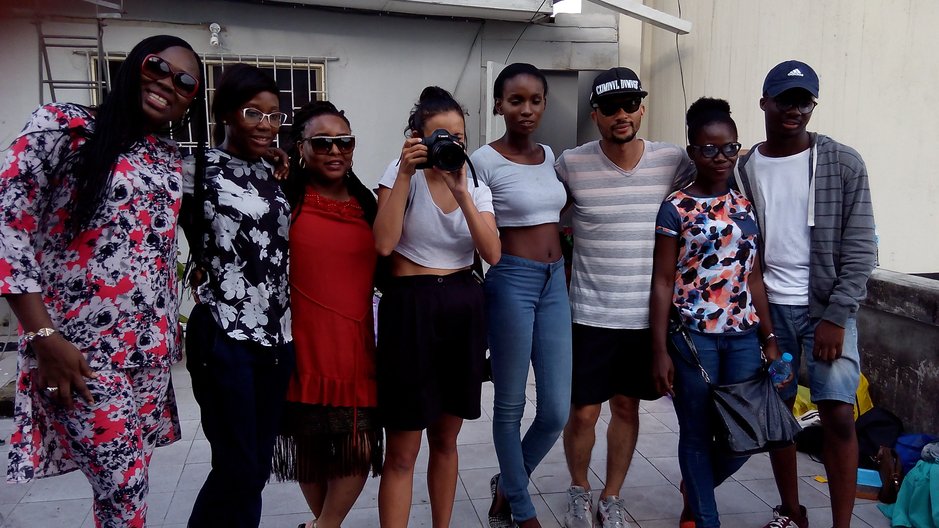 Behind the scenes with the 'Ready to Wear' group

As part of this year's Fashion DNA: Image Makers project we sent talented Nina Manadhar as our UK fashion photographer off to Lagos to work with 16 emerging fashion designers in partnership with Lagos Fashion Week. She collaborated with Nigerian fashion stylist Dimeji Alara to undertake a series of masterclasses, collaborative workshops and public events.

Nina Manandhar's photographs and mixed-media projects examine contemporary global youth identity and the meaning of style, her work has been exhibited at Tate Modern, the ICA, and Exposure Gallery.  In 2013 she released her first photo- book Money On My Oyster’. She is the author of ‘What We Wore – A People’s History of British Style’, published by Prestel in 2014.

We Talk Fashion with Nina to find out about her experience;

Have you ever been to Africa before? What were your expectations?

Yes, last year I went to Dakar in Senegal, which like Lagos is in West Africa, so I expected to see similarities but of course lots of differences too. I was especially excited to see the work of the young designers Lagos.

When we first met, you mentioned about your previous project you collaborated on with British Council. Can you tell us a bit about it? How does that project compare to Fashion DNA?

Last year I received an AIDF (Artist International Development Award) Grant through the British Council and the Arts Council. This was a 4 week residency with a host Les Petit Pieres.  ALL THEY DO IS DANCE was an urban poster campaign, a series of 10 portraits of Senegalese youth which were fly posted by young rollerbladers throughout the city to coincide with the Dakar Bienale in May 2014.  I also set up a street portrait studio.

Fashion DNA was more focussed on fashion imagery, and we had a tight to deadline to collaborate in a team to produce an eight look shoot.

Following on from my visit to Dakar, being in Lagos as part of Fashion DNA helped me get more of a deeper understanding of how young people really are using fashion as a tool for building and creating new economies and enterprises for themselves in emerging West African economies and the youth markets.

You stated there was a street style synergy in with your collaborator Dimeji Alara? Can you tell me more about it how that worked with your group?

Our group of designers were designing for the ‘Ready To Wear’ category, so it was important that the shoot reflected this, and presented an every day street wear vibe. It was great to work with Dimeji as we shared a similar aesthetic and he had a good understanding of the market in Nigeria for this clothing.

What was the most challenging part of the project and how does it compare to working in the UK?

This sounds odd but the main challenge on the shoot day was the the traffic! Before I left I had heard about the Lagos jams but it was mad how it can can dictate your schedule and , we spent 6 hours in the car on the shoot day cut down our time on location.

You became partners in crime with Carri and gate-crashed a wedding! Tell me more! (Do you have any other cool stories you wish to share?)

Weddings are a big deal in Nigeria, so we were very lucky to be invited to a wedding  reception by a guest who I took a portrait of at the hotel.

I think it was quite a high society wedding, there were 3 marquees and a VIP room, they live streamed footage from the VIP room into the other rooms. Needless to say it was a very glamorous affair, and the perfect place to observe style.

We also got to go to Lagos Photo Festival, which had some interesting work.

As a photographer, what were the differences in collaboration and methodologies in Nigeria?

Whereas in the UK the style magazine is more of an established medium I think it would be fair to say there are less publications to platform the work of new designers in Nigeria, but this is changing and there is a growing industry.

I think it was important to get a good understanding of what the actual market was, the potential and limitations of the Nigerian market, to not just apply a framework from our experience working in the UK, but also bring something of our unique experience as UK practitioners.

Which image were you most proud of? Could you tell us about the making?

For the ‘Ready to Wear’ group, Dimeji and I felt it was important to create a set of images that looked like they could be shared or blogged globally but also felt distinctly Nigerian. We wanted the location to be recognisable in that was in Lagos, but also have an international ’Street style’ feel. We chose Tafawa Balewa Square, which is a familiar landmark but also picked some side streets which looked more neutral, and so it didn't look obvious or 'touristy' to a Lagos audience.

I see a lot of your work is centred around the young, the fresh and the street! How would you compare that to the Nigerian community who are very proud and embrace in their heritage and traditional dress?

Whats interesting is where these two worlds meet and how young people incorporate elements of their heritage into the new looks and styles. A lot of young designers are working with traditional print fabrics, for example some of the designers in the group I worked with;  Conae Insignia who uses ‘George’ fabric, but there is  also an assertion that Nigerian designers don’t necessarily have to work with print to be making designs that are relevant that bring in elements of heritage.

As a well-established industry photographer how important is a fashion image?

A fashion image is crucial as its what will sell the clothes and in the case of a project like this one give an emerging label a visual identity.

What was the most inspiring part of your visit? Has this experience changed how you see international collaboration?

In itself it was inspiring to be able to collaborate with a team a thousand miles away and make something in such a short time-frame, being thrown together and having less than a week to create a shoot was exciting, almost like being part of an ‘Apprentice’ like task, except everyone was nice to each other.

Fashion and arts are a global language, I guess this is what makes it possible and this along with some great pre-planning by the powers that be at The British Council.

It was really inspiring to visit Alara, the contemporary African design store, and also to see how young Nigerians are proud of their heritage how this sensibility influences their creative designs and outputs.