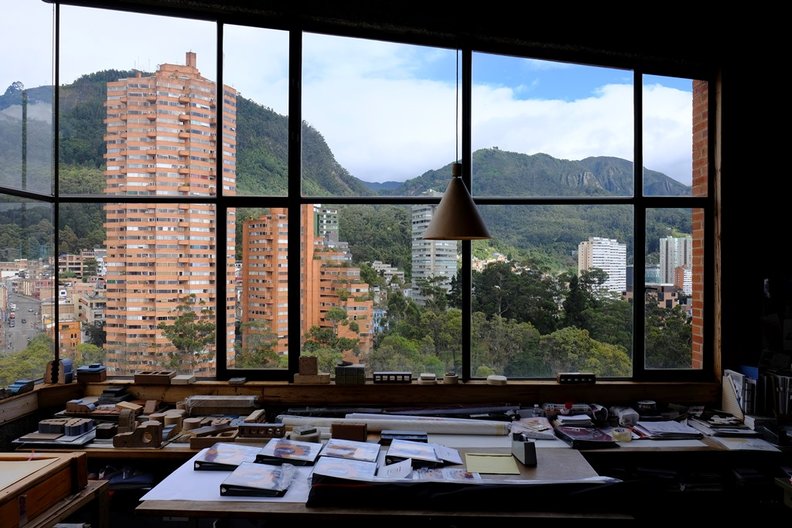 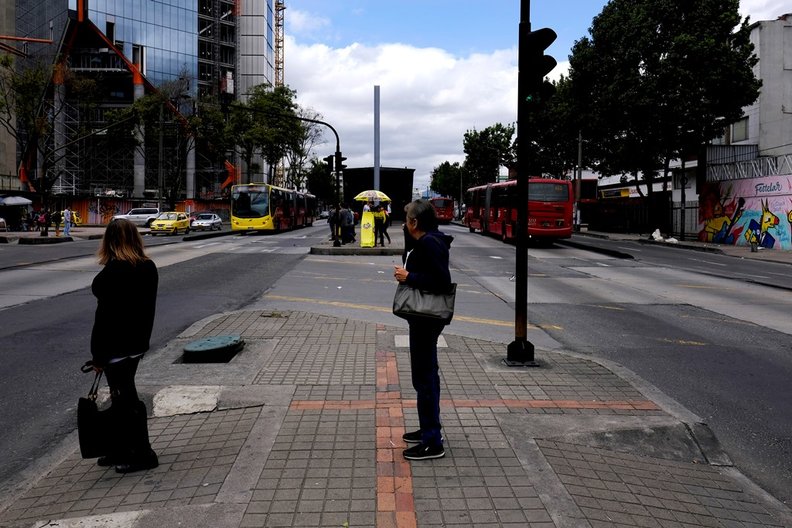 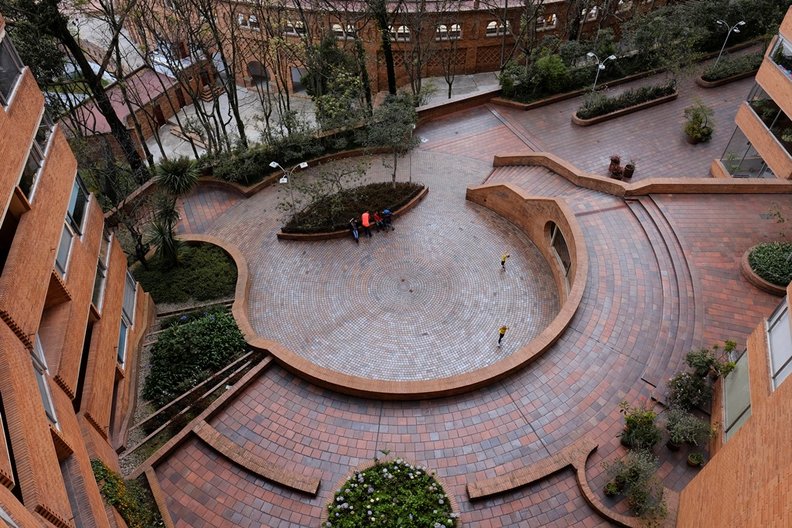 Real Public Space Outside the Torres del Parque, Accessible to All 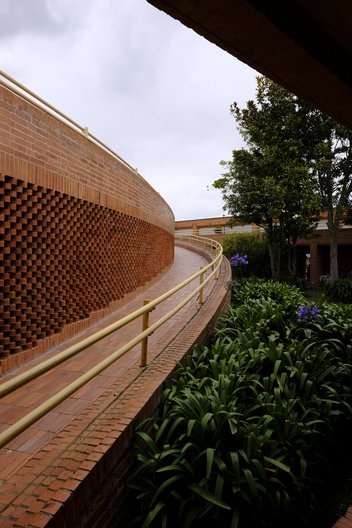 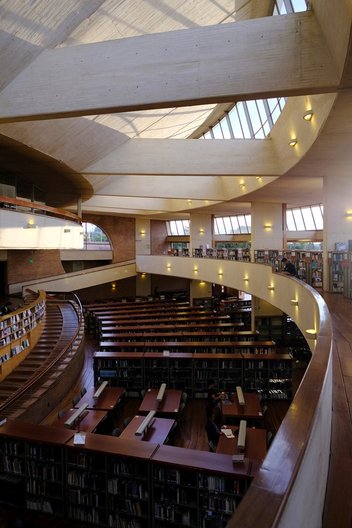 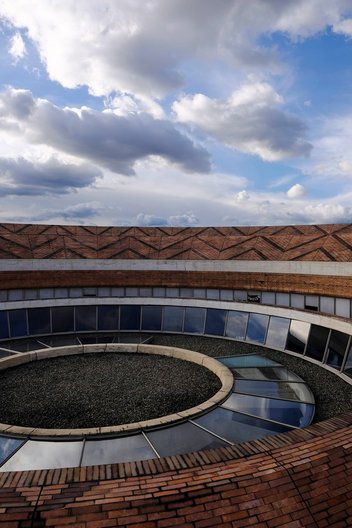 This is the first in a series of  travelogues by Dominic Oliver Dudley, our Rogelio Salmona Fellow 2018. In his first blog Dominic explores Rogelio Salmona's architecture and public spaces in Bogotá and reflects on the current Bogotá's infrastructure issues and potential.

Salmona in the City

As I sit in Rogelio Salmona's office overlooking the momentous Torres del Parque, this must be the first time I have stopped to take it all in. The last week or so has howled past like the Bogotán wind in August, and Colombia has welcomed me with open arms. Dusk is falling and the looming grey clouds above are descending from the verdant mountain tops. It is stunningly beautiful setting for a city, although Bogotá is not the city I had expected.

Much as any modern metropolis, Bogotá is a place of stark contrast. Increasing international investment is flooding the economy and trademark towers from the usual global big-hitters are beginning to rise against the skyline, such as Rogers Stirk Harbour's 40-60 storey 'Atrio' currently erupting in downtown. However, it is hard to notice the permeation of this capital into the public sphere and onto the street. Incredible initiatives like the Ciclovia on Sundays see the city shut segments of main roads for public use only, forming a lengthy circuit around downtown. The streets are amass with people, normally heading for a leafy park or busy market, free from the daily perils of chaotic congestion and omnipresent pollution. Sundays are a really nice day. By contrast, the grids of roads and squeezed public walkways on the other six days of the week remain a hazardous problem.

Several multi-lane highways run the length and breadth of the city, cutting across and dividing neighbourhoods. Most are six to eight lanes, accommodating streams of buses, trucks, cars, taxis, motorbikes, and cyclists if they dare. The public transport network of polluting Volvo diesel buses is chaotic and it is hard, inefficient work to traverse the city. Armies of taxis fill the gap for those that can afford it but ultimately only serve to exacerbate the issue, putting more vehicles on the already over-stretched roads. Bogotá's city planning, or lack thereof, seems to be stifled by both rapid growth and political deadlock over key long-term infrastructure projects, such as the desperate need for an underground metro system.

Security concerns are an ongoing preoccupation, born from years of not so distant civil unrest. As an outsider I am wary to use the word paranoia, though I have heard some Colombians talk in these terms. Ownerships of both commercial and domestic properties are often defined with high walls, dense metal fences and barbed wire. Who is to say what threat is real and what is perceived, but in my own experience of Bogotá it seems that much of any hostility may actually be architectural.

Over the course of the past week I have visited many of Salmona's projects in Bogotá, from apartments to libraries, schools and community centres. Whilst the private sector ploughs on and does seemingly little to contribute to important public spaces in the city, Salmona’s democratic urban architecture stands as noticeably different; a fine example of how buildings in this otherwise beautiful city can do better. He was a rare advocate for real and free public space, successfully forging dynamic city spaces accessible to all, not just a building’s inhabitants. Once inside these buildings, or at least beyond the outer walls (for you are never really inside), I can honestly testify that drawings nor photos do justice, and to experience this architecture is truly something else. Salmona took great pleasure in the sculpting of eventful circulatory journeys, rich with texture, detail, space and light. It is an architecture of movement and event, and as I follow the visceral urge to explore and discover, I am rewarded with complex forms that develop, brickwork skins that gather greater intricacy, and spectacular views of mountainous landscapes that draw my eye.

Before I know it, another intriguing glimpse just metres away pulls me in. Circular plan arrangements are commonplace in these buildings and right angled corners are hard to come by, and so I find my meandering explorations without a preconceived end. It is only my kind hosts who remind me that at some point it might be time to move on.