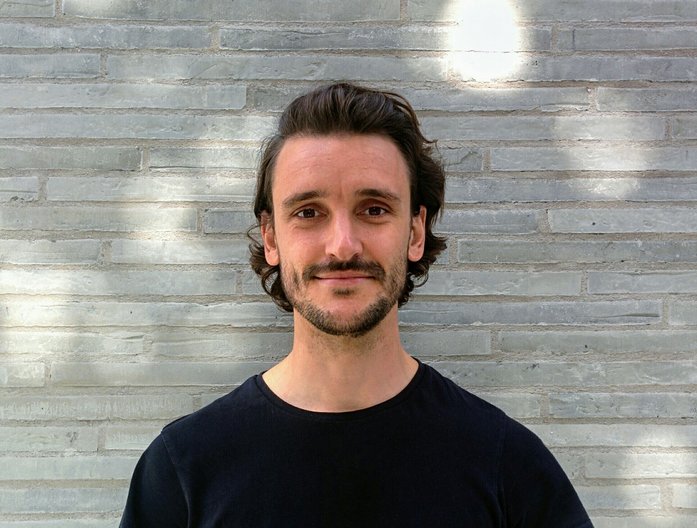 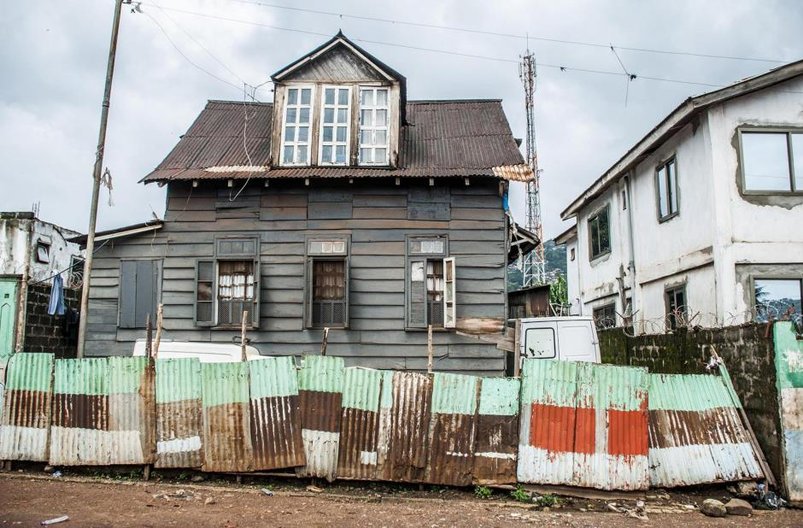 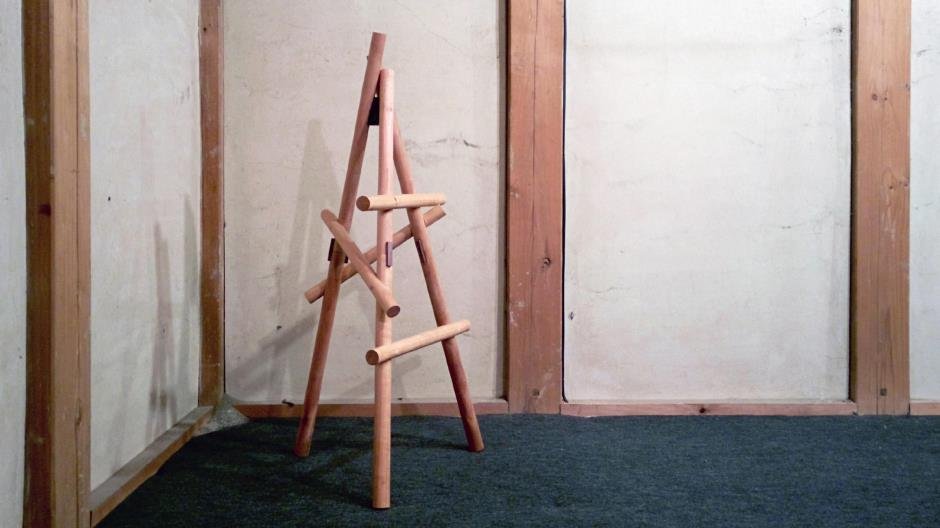 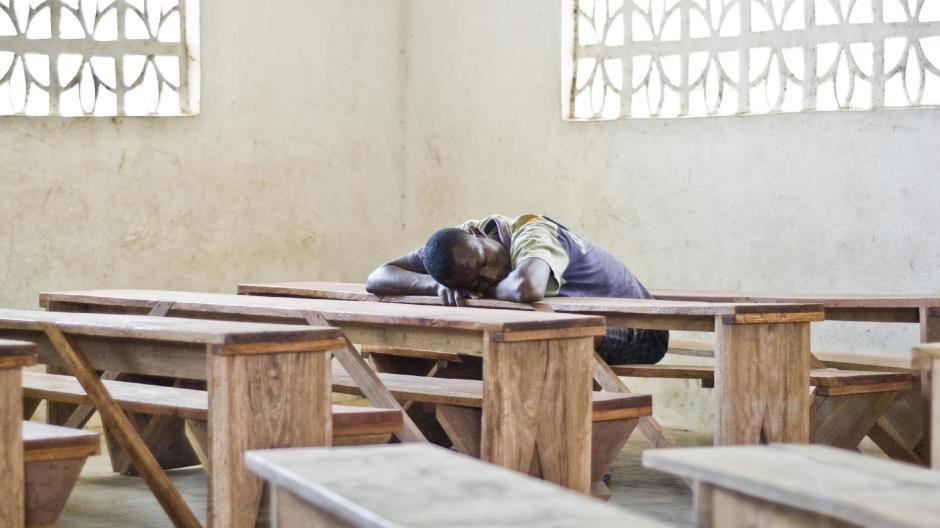 We are thrilled to announce that London-based architect Dominic Oliver Dudley has been selected as our Rogelio Salmona Fellow 2018 following an open call for proposals. We caught up with him to find out about his work and what he is planning to research during his upcoming visit to Colombia.

This is the second year of the annual Salmona Fellowship initiated by the British Council to foster links between the UK and Colombia through residencies for British practitioners. The Fellowship gives the opportunity for UK-based architects, designers and artists to travel to Colombia to explore the work of Rogelio Salmona (1927-2007), one of Latin America's most influential modern architects. Dominic Oliver Dudley will be spending 6 weeks in Colombia to explore Salmona's work, following last year's innaugural Fellow, Freya Cobbin.

Tell us a bit about yourself; your background and areas of interest.

I am an architect, particularly interested in the materials buildings are shaped from and the various ways in which the many parts of a building can fit together. I'm passionate about research and making, and over the years I've undertaken projects in places as diverse as Ghana, Sierra Leone, Japan and the UK. In Sierra Leone I worked with London Metropolitan University to explore the evolution of Freetown, investigating historic timber Krio Board Houses. We were also able to construct furniture with local carpentry apprentices for a nearby school. Last year I spent some time in Japan in the forested area of Hida, exploring traditional Japanese timber houses, Minka. Meeting with local carpenters working in this tradition, I built furniture testing local woods and joinery techniques. Most of the time I'm actually in the UK and have spent several short stints working on experimental build projects here. I am forever energetic to learn and travel, always looking to experience new things and inspire my own practice.

In my everyday work as an architect, I'm really interested in the cultivation of civic architecture that can endure. I am working at Gort Scott on an ambitious university project in Oxford, which is reaching an exciting stage as we rapidly move towards construction. We've been working really hard on our technical design, crafting and detailing key tectonic moments, particularly in brick. It's an exciting time, the beginnings of the realisation of abstract ideas as real forms, and ideas are really coming to life.

Why are you interested in the work of Rogelio Salmona and why did you apply for the Fellowship?

I had heard Salmona's name mentioned once or twice some years ago, but had never properly encountered his work. Having researched his architecture further, I was amazed not to have properly known about him. Salmona was one of few modern architects to recognise the inherent dangers of alienation in the tabula rasa of international modernism, and so he worked in the alternative modern tradition. He was consumed with ways to cultivate enduring relationships with history and culture, at a time when a lot of architectural discourse was really about starting again. One of the key ways Salmona held on to meaning in his work is the way in which he chose to build, adopting and forging construction techniques to reflect history and shape culture. I find this tectonic aspect of his architecture particularly fascinating.

The fellowship poses an incredible opportunity to travel to Colombia and explore Salmona's architecture in more detail, and I know it's going to affect my own practice. I have visited Costa Rica and Panama in the past, but I have never been to Colombia before, so I'm really excited to experience this vibrant country for the first time and get a deeper insight into the Latin American psyche. Whilst Salmona and his work are seemingly well known in Colombia, particularly in his native Bogotá, it somehow remains largely unknown in the UK. His architecture is totally relevant to practice today and will undoubtedly be of interest to many practitioners and a wider public alike. I'm really looking forward to having the opportunity to raise awareness of his body of work.

What are you hoping to research and to discover or explore? Are you taking a particular approach?

Salmona was an articulate master builder, and his erupting geological compositions were more often than not sculpted in brick - Colombian earth shaped in the hands of Colombian makers. Whilst he was keen to distance himself from the illusory utopian visions of his long-term European mentor Le Corbusier, there is no denying he was greatly influenced by his teacher’s unrivalled tectonic mastery of material and construction. Salmona’s unrelenting faith and skill with brick, from the scale of a step to a multi-storey tower block, is ever present. Brick was integral to the formation of his all encompassing body of work, endowing each and every project with an indigenous craftsmanship. His use of brick humanised his architecture and assisted him to fluently root his work into Colombian culture and society.

Building upon Freya Cobbin’s fantastic anthropological study last year, I'm going to zoom in closer and explore Salmona's innovative approach to brickwork construction. I'll be visiting and experiencing his buildings in Bogotá and beyond, and I hope to mine the archives at the Fundación Rogelio Salmona to see what I can unearth. I'm particularly eager to establish contact with the designers and makers that worked with him. Salmona's process did not always involve drawing each and every element in painstaking detail, but instead involved recurring visits to the construction site and hours of dialogue with craftsmen. Together they would collaborate, learn, and develop strategies to build. In addition I'm also really interested in Salmona's passion for poetry, a key source of inspiration to him. By all accounts, it was poetry that inspired his broad sense of perspective and stirred his abstract imagination, whilst it was with each brick that Salmona constructed the minutiae of his own poetic message. I hope to find my own inspiration taking in some of the work of Salmona's favourite authors as I explore his world from a unique perspective, somewhere between the poetic and tectonic.

What are your expectations of the residency and what are you most looking forward to?

I can't wait to experience Salmona's architecture first hand. Of course I also can't wait to experience Colombia! I don't yet know if I will be able to make contact with the masons that worked with Salmona, but I have heard that some may be around and I'm excited about the potential to meet them. In many ways I can see the fellowship to be more challenging than I might imagine, particularly with a rather limited knowledge of Spanish, but I hope to improve and make strong connections with the British Council's partner institutions in Bogotá to support the research. I'm really keen to get going and jump in to the long overdue dialogue surrounding Salmona's compelling work.

Dominic will be travelling to Colombia later in the summer. Keep up to date with his time there on the ADF blog and by following us on Twitter & Instagram.