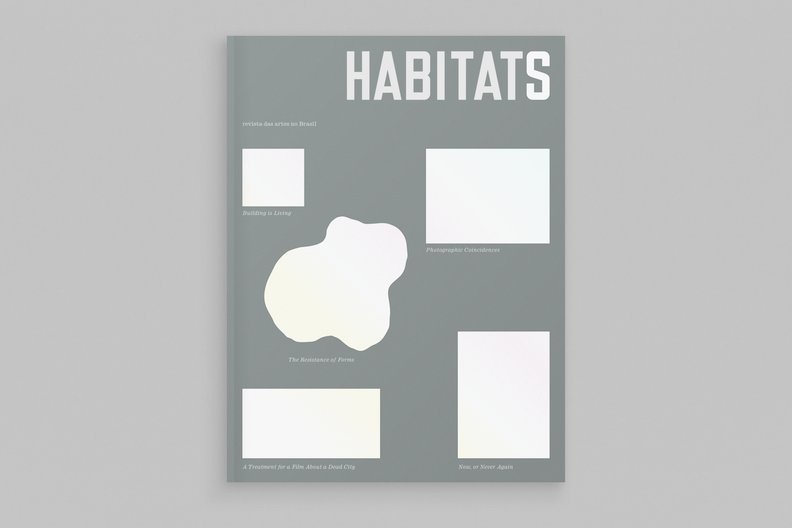 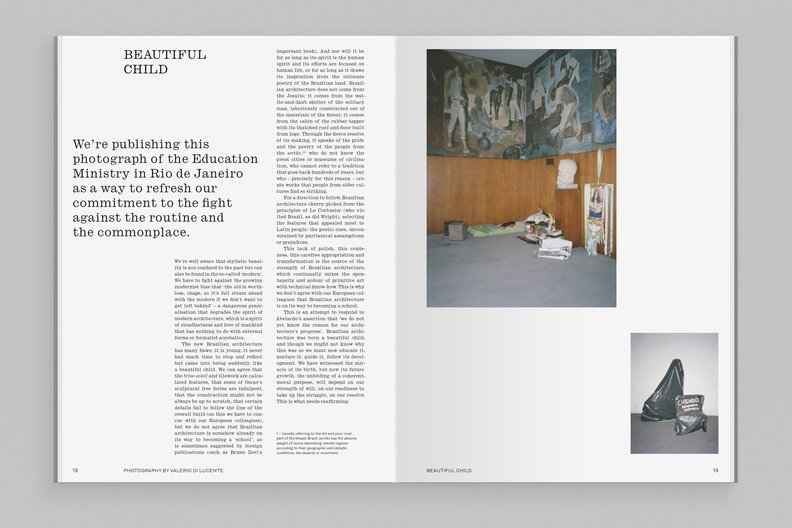 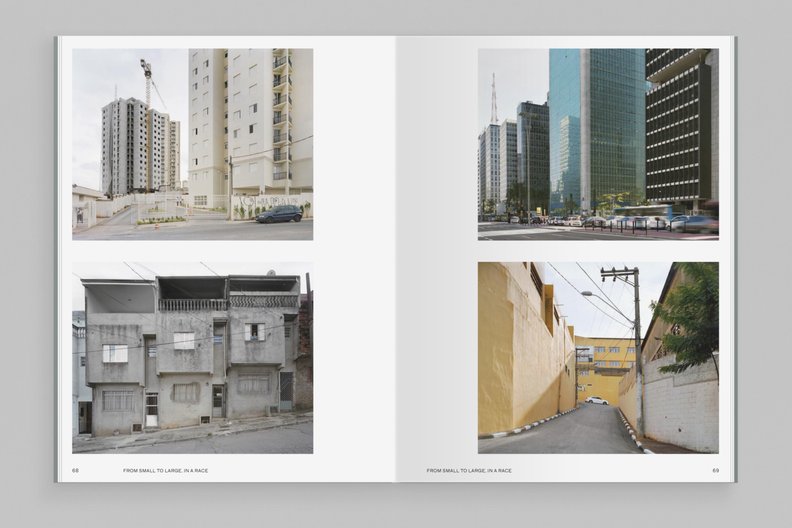 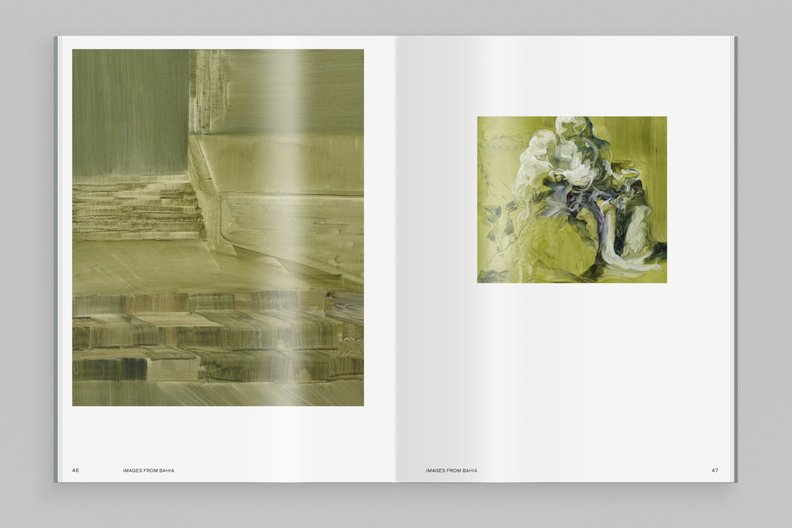 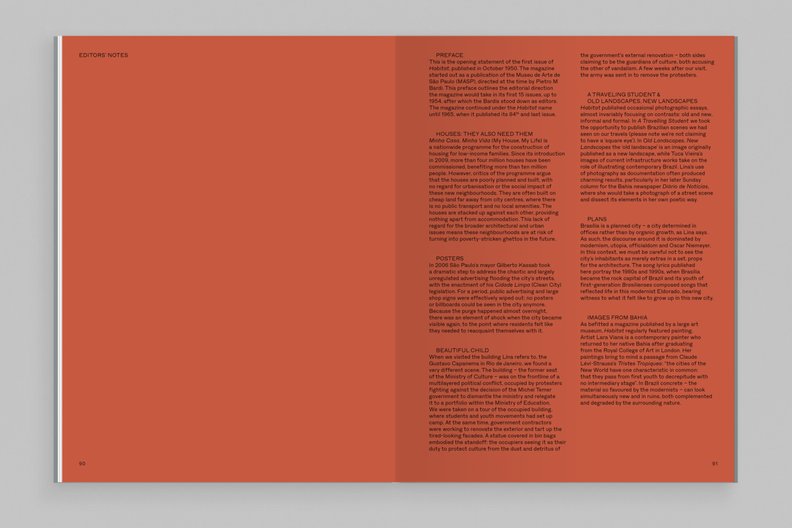 Habitats is a book designed and edited by Julia, the 2016 Lina Bo Bardi Fellows. The publication documents their fellowship and concludes the 4-year programme initiated by the British Council with partners SESC SP and the Instituto Lina Bo and P.M. Bardi to raise awareness of Lina Bo Bardi's work in the UK and internationally.

Habitats is a compilation of texts from Lina Bo Bardi’s tenure as director of Habitat, which dubbed itself ‘the magazine of the arts in Brazil’. Between 1950 and 1954 Habitat documented Lina’s early thoughts on Brazilian culture and reflected her very personal take on modernism.

The publication is the outcome of Julia’s research into Lina Bo Bardi’s editorial work, which was made possible by the Lina Bo Bardi Fellowship, a four-year programme initiated by the British Council in 2013 to give architects and designers based in the UK the opportunity to travel to Brazil to explore the work and legacy of Lina Bo Bardi. The Fellowship aimed to raise awareness and understanding of the important contribution of Lina Bo Bardi to architecture, culture and society whilst creating long-term connections between artists, designers and architects in the UK and Brazil.

Retracing Lina’s steps in their travels around Brazil, Julia had the opportunity to experience her work first hand: whatever might be called high or low culture, old or new, celebrated or unknown, brought together through architecture and publishing. In Salvador, they could see how her proposals for the renovation of the old town expressed a desire to merge the past and the present as one: ‘it is necessary to consider the past as a historical present, still alive’, she once said. For Lina, time is not linear. It is a collection of remnants and additions, all present, all here.

Julia went to Brazil to research Habitat and understand its context, but also – and perhaps more importantly – to enquire what had become of the issues, thoughts and ideas contained in the magazine. How does contemporary Brazil stand in relation to what it was 60 years ago? What contact points can be found between then and now? It is in this spirit that Julia publishes Habitats: original writing from the first issues of Habitat reprinted alongside contemporary imagery. The historical and the current brought together as one. The format, length and content of the publication is representative of a typical Habitat issue as it was originally edited, but contaminated with Julia’s impressions of contemporary Brazil.

Julia is the design practice of Valerio Di Lucente, Erwan Lhuissier and Hugo Timm. Based in London, Paris, and Rome, the studio collaborates with cultural institutions across Europe on projects ranging from print to digital and spatial design. As art directors, Julia completed a five-year tenure with the Institute of Contemporary Arts in London, as well as a three-year stint with visual arts magazine Elephant. In parallel to its studio practice, Julia has lectured at a number of universities in the UK and abroad, including the Royal College of Art, CalArts and IUAV in Venice. In 2016 Julia was the recipient of the British Council’s Lina Bo Bardi Fellowship, its research focusing on Bardi’s editorial work. The studio has been featured in international publications and exhibitions.

Habitats has been supported by the British Council and is published by Humboldt Books, featuring contributions by Tamar Guimarães, Claudia Leisinger, Tony de Marco, Lara Viana and Tuca Vieira, and will be launched at a special event in Venice to coincide with the opening of this year's Architecture Biennale. To find out more and to check where Habitats is available for purchase, visit the Humboldt Books website.