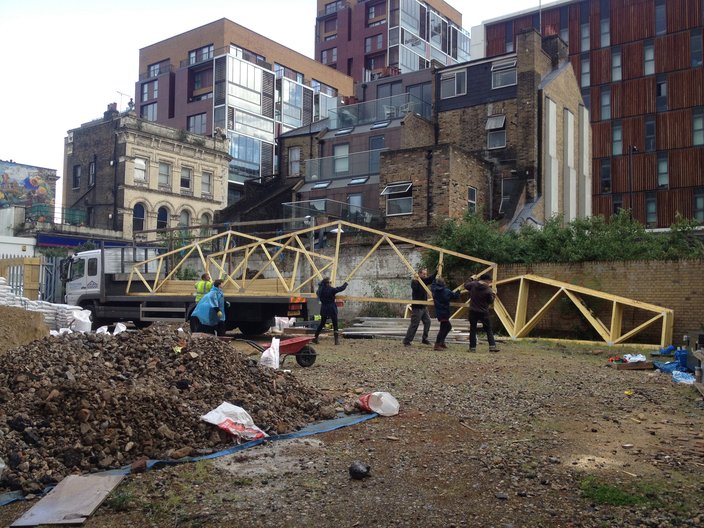 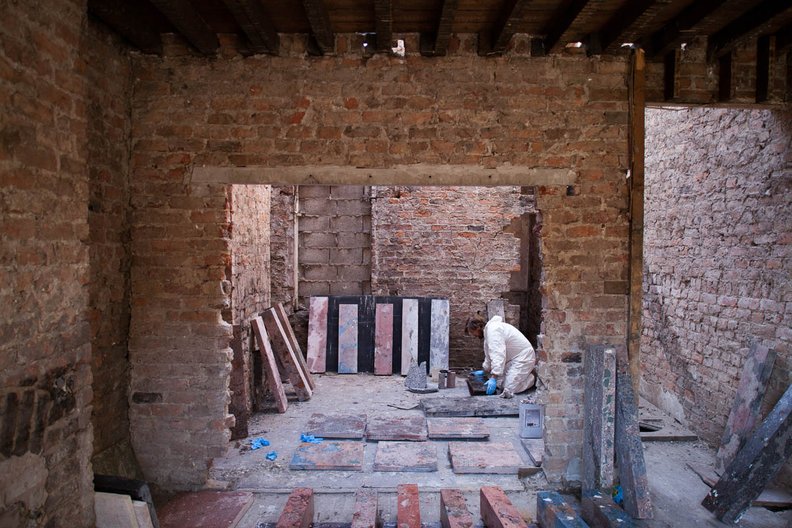 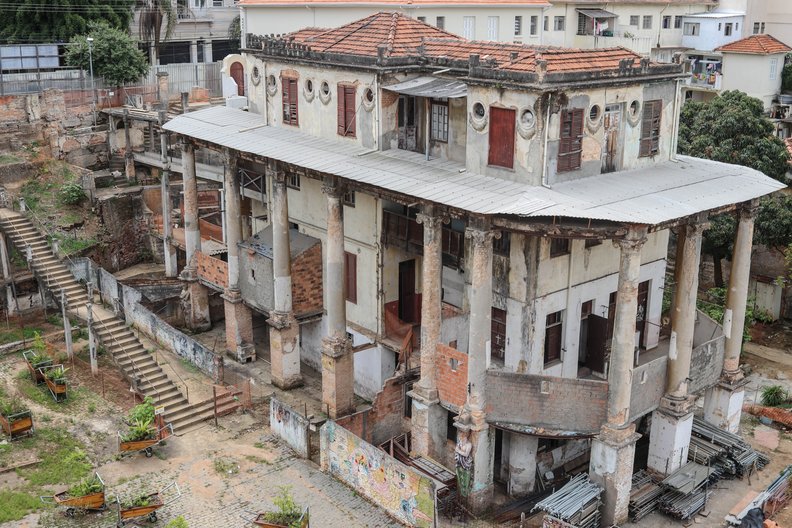 The São Paulo Architecture Biennial, one of the most important international architecture exhibitions in Latin America, returns in 2017 and includes a core UK programme presented in collaboration with the British Council's Architecture Design Fashion team through one of our Biennales and Festivals grants.

Its title - In Project - proposes to discuss the place of architecture and the place of the Architecture Biennial per se. It suggests a collaborative event, under construction, in process. This edition - an investigation, an archive and a set of actions - materializes as an Observatory, an Exhibition and a continuous Programme.

This edition of the Biennial challenges architecture to approximate with other fields and forms of co-production of the city that transform the understanding of what urban design and planning can be. The proposal of the Biennial aims at the expansion of the architect's actions towards collectivity.

The British contribution to the exhibition highlights the attitudes of architects who experiment with new forms of action, reflection and design practices. Designing Politics, Designing Respect, by Theatrum Mundi; and Granby Four Streets and OTOProjects, by Assemble are exhibited at Vila Itororó Canteiro Aberto, among other works that discuss the Public Utility of architecture. Vila Itororó Canteiro Aberto has been a leading cultural center, recently active in testing new modes of collaboration, presenting itself as a site for experimentation in the city.

Designing Politics, Designing Respect (London, England; New York, USA; Rio de Janeiro, Brazil - 2016) presents several works selected in open calls for ideas in three global cities. It reflects on cultural policy and the theme of respect in cities. The works presented include agents such as artists, residents, activists, NGOs, collectives, architects and designers, and articulate a debate about design and the right to the city. At the centre of this debate, the work discusses initiatives that give visibility to situations where the respect is built through different practices. Aligned with one of the thematic axis of the 11th Biennial, it unveils the work of non-architects in the coproduction of the city.

The other thematic focus of the event explores possible forms of collaboration of the architect in the city. Within that framework, two works by the collective Assemble are exhibited in the Biennial. Granby Four Streets  (Liverpool, UK - 2011) showcases a participatory process in Liverpool that turned abandoned homes in affordable housing. The streets of Liverpool, known for its racial and ethnic diversity, have been reappropriated by a group of local residents that, for 20 years, have been maintaining the area with the goal to give it back to the population. In 2011, following the creation of a Fund of Collective Owning, Assemble worked with the residents to transform abandoned homes in affordable housing through interior rebuilding and the transformation of public spaces, generating opportunities for entrepreneurship. Celebrating the local architecture and cultural heritage, that process redefined people's relationship with four streets and empowered the residents to change their own neighbourhood.

OTOProjects (London, UK - 2013), also by Assemble, has been set as a workshop and performance. The partnership with Assemble and the musical group OTO promoted a participatory process of test-construction in a temporary space at an empty lot in Dalston, London. Experimenting with new material available on site, of easy access and low cost, 60 volunteers realised the project collectively, leading to an ultimate transformation of the space, and to the possibility of new uses.

In addition to the exhibited works by Assemble, on 8 December 2017, a discussion with one of Assemble's founding memers [and 2013 Lina Bo Bardi Fellow] Jane Hall, representing that collective:

The 11th Biennial's exhibition is set within a network of partner spaces in the city, including four official locations and other partner spaces. Each one has been planned in the format of an archive, including audiovisual material, photography, archives and a series of collections showed at the Biennial’s Library. Its selected works reveal ways to represent, to map, to qualify, to build, to edit, to use and to occupy the city.

As a result, the Biennial presents an archive - an inventory of contemporary forms of architecture -, and an articulated network of actions that promote material and immaterial results. We live times of transformation. In this context, architecture seeks other ways of collaborating and coexisting, approaching means of making and being, broadening its field of action.

For further details of the projects and to see the full programme of the 11th Biennial, visit the Biennial website.