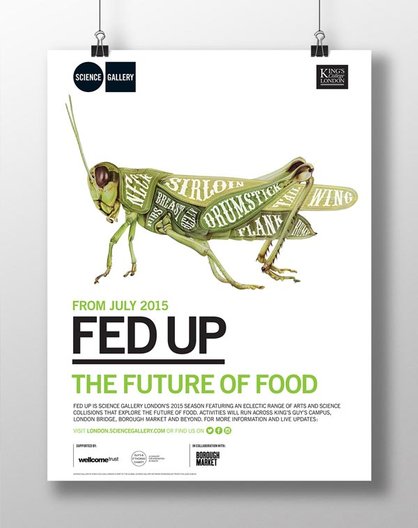 Posters for 2015 pop up show by Science Gallery London 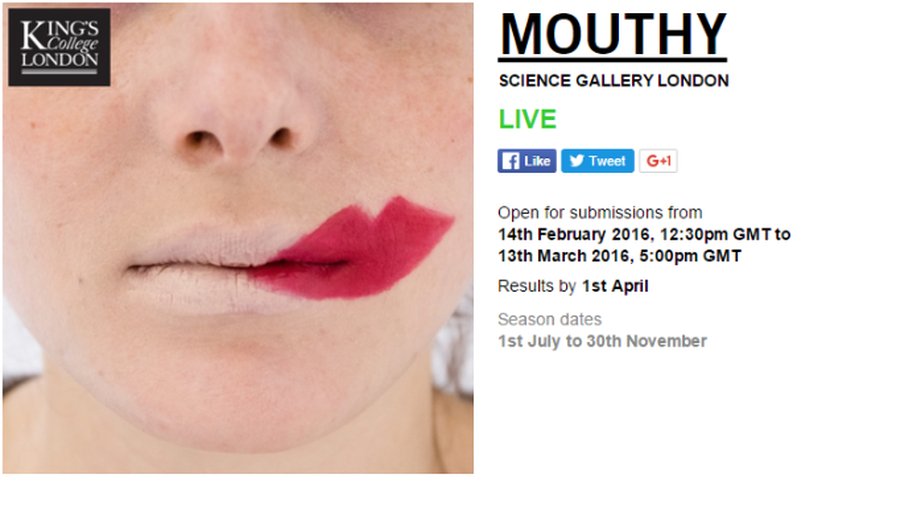 Posters for 2016 pop up show by Science Gallery London 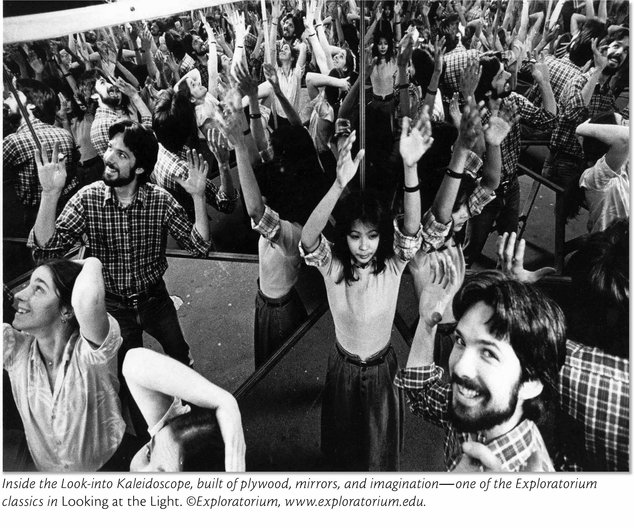 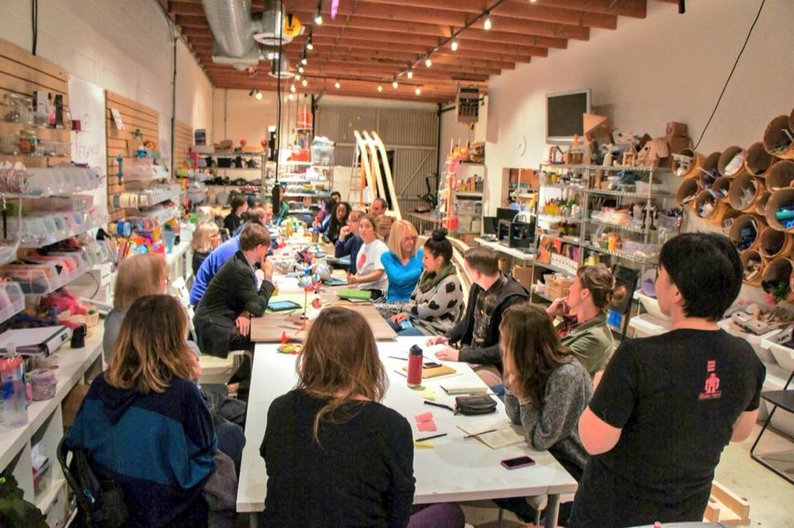 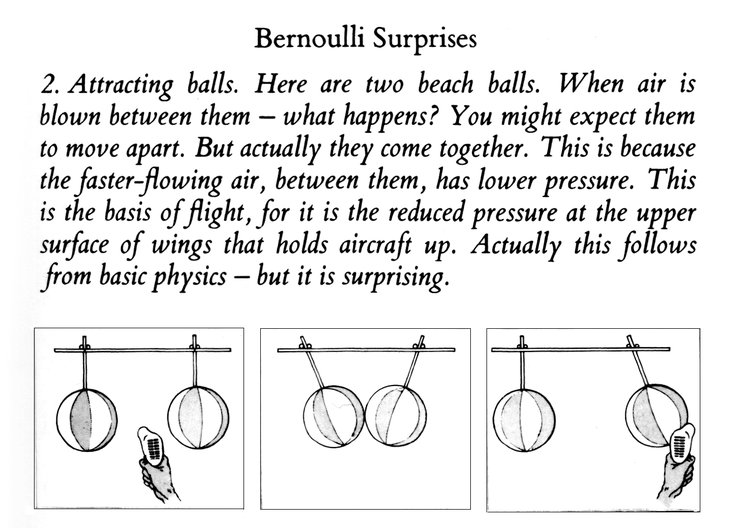 Example from, ‘Hands on science: an introduction to the Bristol Exploratory’ (R.Gregory, 1986)

Guest blog author: Anne Odling-Smee is a designer/scientist and director of Design Science, a design agency which encourages interaction between design and science. In December 2015 she was invited by the Britsh Council to particiapte in Ireland’s first science communication conference, Sci Com.

When I first heard of Science Gallery Dublin my curiosity was piqued. An opportune moment to explore it came last December 2015 with an invitation from the British Council to participate in Ireland’s first science communication conference, Sci Com. Here I spoke as the sole design representative, alerting an unwitting scientific crowd to the fact that science needs design (as distinct from art) and that the startling lack of interaction between these two fields urgently needs addressing. I presented ‘real life’ examples from my company Design Science, demonstrating the potential of such collaborations in achieving the big goal we were all there to discuss – to improve public engagement with science.

So how will SGL differ from other existing science museums? Will the interaction with science and technology that it has in mind help people better understand science? The pop-ups give some indication of the kind of visitor experience you can expect, as will a visit to its Dublin predecessor, which launched in 2008. Unlike traditional science museums there won’t be a permanent collection. Instead there’ll be a continually changing programme of themed seasons incorporating exhibitions, events, performances, live experiments, open discussions and festivals. Freelance producers will coordinate each season with input from curatorial advisors with science and arts backgrounds, alongside engagement from young people and subject experts. One laudable initiative is an ‘open call’ process that will encourage anyone with an interesting idea to submit proposals which may be used to complement the directly commissioned work.

The appointment of Daniel Glaser, previously head of special projects at the Wellcome Trust to director of SGL is encouraging. One hopes that the work he pioneered at the Wellcome carries across to SGL. A vital difference between the two institutions is the age of the target audiences: SGL aims to attract young people aged between 15 and 25. By Wellcome Trust standards that’s young – the average age of visitors there is around 35. In contrast, the prime target age of most existing science museums is around 10. But perhaps today’s adult and young adult population deserve more attention from places aimed at communicating science directly, and not only through art.

Education systems across the world are insanely segregated. Society’s gap between the arts and sciences is wider now than when in 1959 C.P. Snow wrote The Two Cultures. A student choosing to follow an arts- or design-led career can potentially wave goodbye to science from around the age of 14, which explains why my own, otherwise accomplished university design students will refer to a chemical as something unnatural, or look at me with disbelief when I tell them there are far more bacterial cells than human ones in a human body. Unless we provide adult designers with an ongoing means to engage with science, how will they be able to productively employ their skills within this field?

Science is integral to our daily lives. Our world is increasingly scientifically and technologically complex and we need the expertise to think critically, synthesise information accurately and solve problems creatively. The US National Institute of Health unsurprisingly identified that patients with better understanding and education had improved medical outcomes (2010).

A science gallery provides an opportunity for genuine engagement and to help break down irrational fears about the subject. SGL promises experiences that are eye opening, entertaining and full of wonder. The real challenge, however, lies not in forming attention-grabbing shows, but in achieving real scientific understanding. Science writer K.C. Cole describes our modern world as ‘information rich and experience poor’. The last thing we need is more ‘stuff’. What we need are ways of making sense of that stuff.

Few good role models exist, but Frank Oppenheimer’s San Francisco Exploratorium (founded 1969), and – inspired by this – Richard Gregory’s Bristol-based Exploratory (1983–1999) are two. Both were designed for amusement alongside hands-on, playful investigation of scientific phenomena – an approach advocated by Francis Bacon three and a half centuries earlier in his 1667 book, The New Atlantis.* By prioritising people, a spirit of inquiry and exploration over the exhibits themselves, these places had an enlightening effect on children and adults alike. The snag was that both depended on colossal levels of energy and stamina by their directorships in order to withstand society’s innate desire to deliver information in quick and easy ways. Consequently only one survives. The Exploratory closed 17 years ago with Gregory’s frustrated departure, allegedly caused by people’s obsession for superficial, ‘cool’ experiences superseding his scientific intentions.

It remains to be seen whether SGL can match the levels of ambition and energy showed by Oppenheimer and Gregory, but whatever else, it’s a good thing to see any kind of public space dedicated to science, so let’s not wait until 2020 before planning for more.