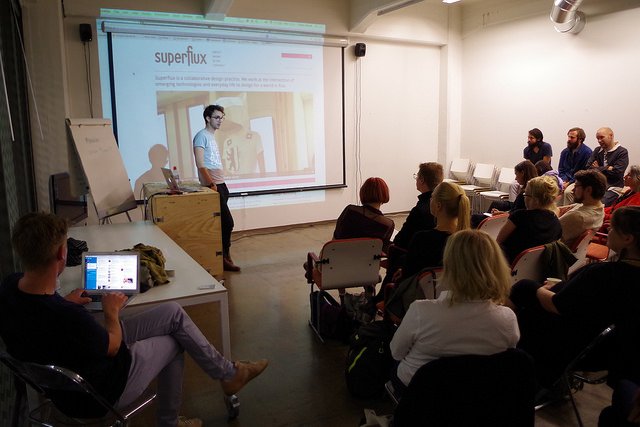 The British Council, in partnership with the Helsinki International Artist Programme (HIAP) and the Helsinki Design Week (HDW) is seeking applications from practitioners to participate in a two months residency in Helsinki which will coincide with the HDW (3 - 13 September). This is the fourth residency that the British Council and HIAP and the HDW have collaborated on, following on from the first residency during the World Design Capital programme in 2012 and consequently in 2013 and 2014. This residency is for UK-based practitioners, who work at the intersections of art, design and architecture, and who have an interest in critical investigations and interventions into what constitutes design innovation.

This year’s residency will take place between 3 August to 30 September (minumum stay 4 weeks) and will focuses on the evocative idea of the Time Machine, as a platform to explore how design can predict and shape the urban context of future cities. This is a fresh opportunity to research, understand and challenge the relationships between design practices, urban space, through re-imagining materials, production processes, services and crafts.

Helsinki, in particular, is going through an interesting phase. At present the city is taking important decisions that will affect its outlook, population and context in the next 10, 20 or 50 years. In line with this ambitious and visionary plan to imagine the future of Helsinki, this residency aims to contribute to the discussion by posing questions such as: what will be the role of design in the future city? How will design re-imagine the relation between past and future? How will design address questions of division, socio-cultural diversity and the dichotomy between urban centre and periphery in the Helsinki of the future?

Criteria for eligibility to apply:

Further details on the Residency and on how to apply can be found on the Open Call document.

The closing date for submissions has been extended to Sunday 14 June 2015.

Tobias Revell (2014) offered a critical view into the design community in Helsinki based on the theme Take the Leap.