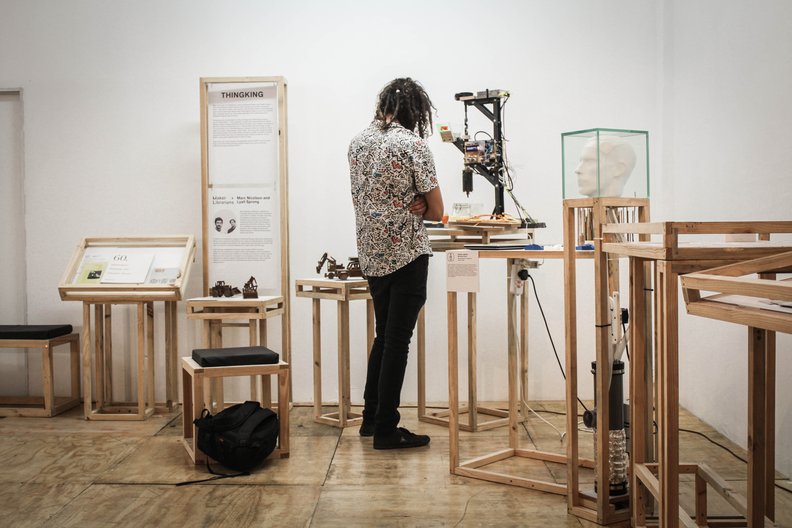 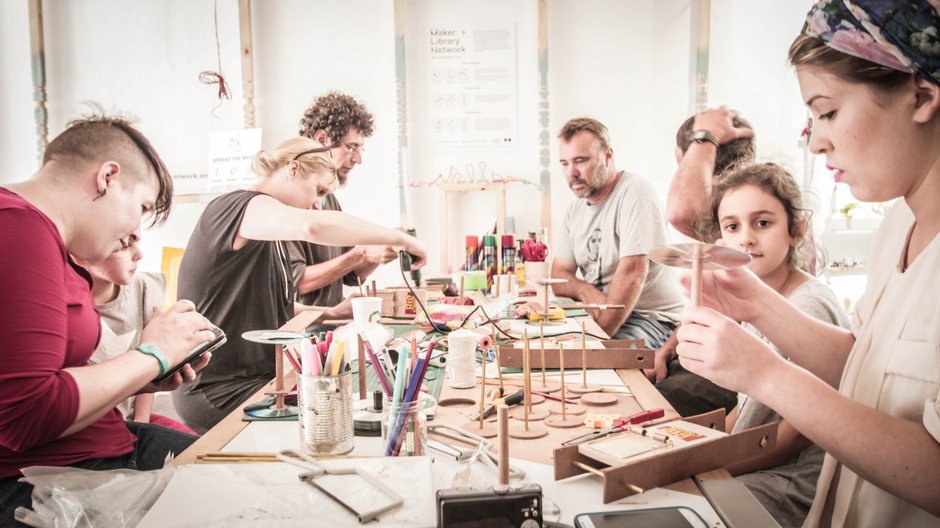 To celebrate one year of the Maker Library Network, members of the Network from the UK and South Africa all came together for a special showcase at 75 Harrington Street in Cape Town.

The programme kicked off with a Trispace workshop on geodesic design followed by home-made inflatables. The first day also saw the launch of the first South African Mobile Maker Library. The van made its first to Khayelitsha, where Heath Nash and guest Maker Librarians ran workshops with local children making flowers out of PET bottles, and tyre chairs from salvaged tyres and rope. The workshops turned into an impromptu go-kart fixing that went down a storm. They had many happy customers!

The next day, the workshops at 75 Harrington kicked off with a screen-printing session run by Workspace from Hout Bay and MAKLab from Glasgow. This was followed by a wearable tech session where visitors made beanies with flashing LEDs.

Meanwhile, the Mobile Maker Library was at Neighbourgoods market where Maker Librarians from Thingking, GRAS Studio and The MakerSpace all worked together to pioneer some amazing stools made from copper piping and plywood. (GRAS subsequently turned this into a new product).

On the Sunday, the whole Maker Library Network team was at 75 Harrington Street for a marathon making session. It included a wooden toys workshop, where Alex taught the team and visitors how to make model cars from CDs and a mousetrap. The guys also continued to develop their Himmeli stools and others experimented with bending wood with steam. Some amazing collaborations took place over the weekend and many new friendships formed.