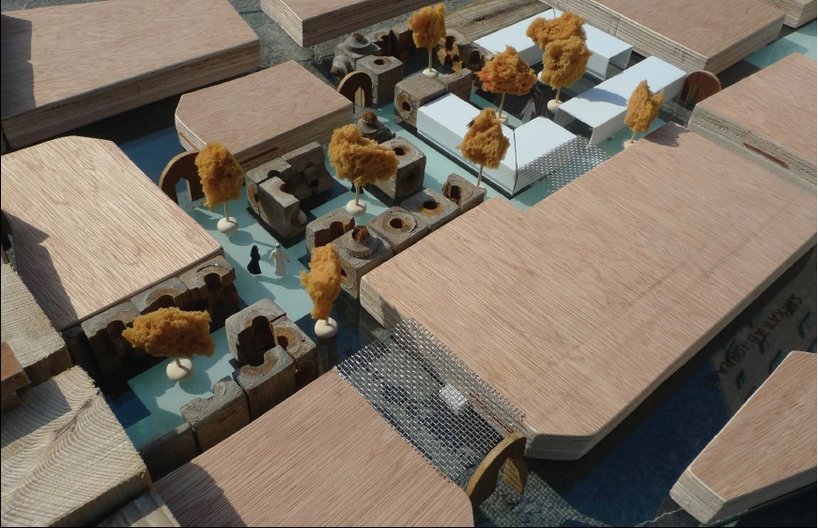 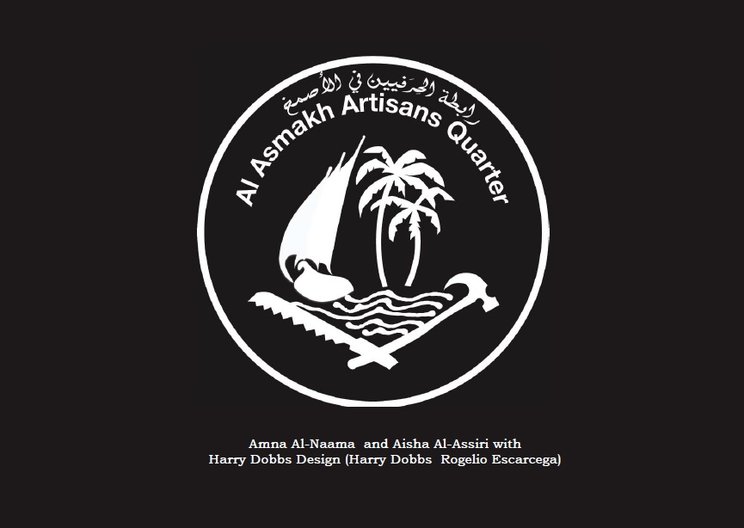 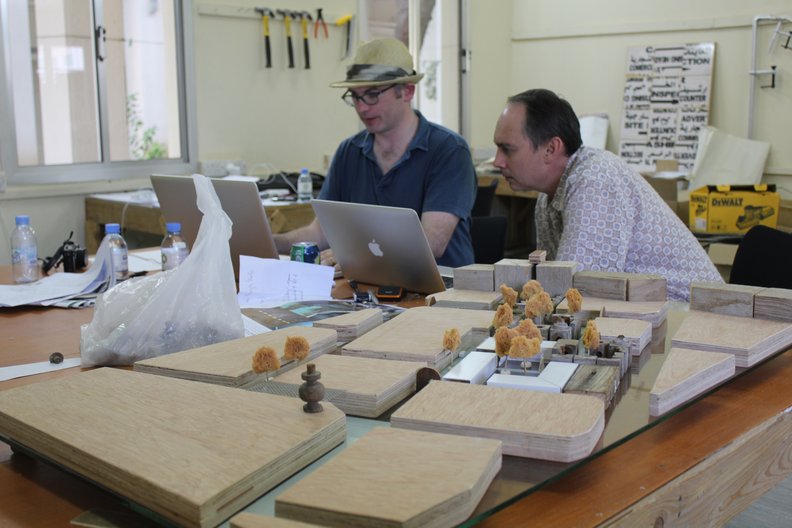 Rather than just preserving Al Asmakh’s heritage buildings is it possible to build up and further develop the Artisanship that made them?....

Al Asmakh is a neglected historic neighbourhood in immediate danger of disappearing forever.  It is a district with a maze of streets and houses that echo the very earliest days of old Doha with an intimacy and richness that could never be replicated by new commercial developments or wholesale reconstruction on a grand scale.

In order to save Al Asmakh for future generations, we propose a regeneration plan that will change people’s perceptions about its value house by house, street by street and block by block. By establishing Al Asmakh as an artisan quarter, the area can invest in its current population and create a much-needed source of highly skilled labour for the rapidly expanding city. By renovating three key historic houses and opening up their once-private courtyards to the public, this area can begin to take on an identity that is both culturally relevant and flexible enough to allow for an ongoing process; a patchwork of addition, adaption and adjustment as the area evolves; providing the capabilities for a flexible ground up urbanism that both responds to new uses and resonates with Doha’s past.

Interview with Amna, Harry and Rogelio by Vicky Richardson on the last day of the charette:

Amna how has the charette week been for you?

Amna: It’s been hard work. I’ve been working here in the morning, and then leaving to go to my job at a project management company. But it’s been a good experience and has shown me that we need to develop our design skills in Qatar. Working with Harry and Rogelio has been the best thing about the project. They have years of experience and they know how to be strategic. I’m learning a lot from them.

It’s been strange working in Old Doha and at the school. There are a lot of memories here for me. My grandmother lived in this area, but has moved away now.

Harry your practice is currently working on another project in Doha. How has this been a different experience, and has your perception of the city changed from developing the proposal for Old Doha?

Harry: The best part of the experience has been working with Amna and Aisha.We started out with quite a few clichéd ideas - like having shisha cafes - but Amna put us straight right away. This is a totally different level of engagement. We’re getting into some roots, where usually you just skim across the surface. It’s been intense, but there have been some funny experiences too. You open a door from a bar and there’s a totally different world. It can be bizarre here - there are parallel worlds going on.

We’ve covered quite a range of ideas, from designing a logo to thinking about wider society. It’s unusual to have this sort of intensity. The deadline pushed a certain pressure to make connections that you might not make otherwise, and with the freedom of an ideas competition.

It’s also an opportunity to be part of the debate about Doha. It’s unusual: normally on a charette you’re working within a framework and the agenda is already set, whereas here we’re part of a real debate. And things definitely feel like they are up for grabs here, but its individual - different people pushing different ideas. In Qatar development is less process-driven, and individuals have more power to shape the city.

Rogelio: The part that doesn’t reveal itself easily is Qatari life. People do things together at home, whereas in the UK more of life happens in public. We made some assumptions, but Amna helped come up with ideas that were socially and culturally relevant.

We’ve been trying to put all our ideas on paper, to caption it all and describe it. It’s not been easy to develop and deliver a project in such a short time frame, especially when you’re in a city and a culture that you don’t know. It’s definitely changed my perceptions of Doha.