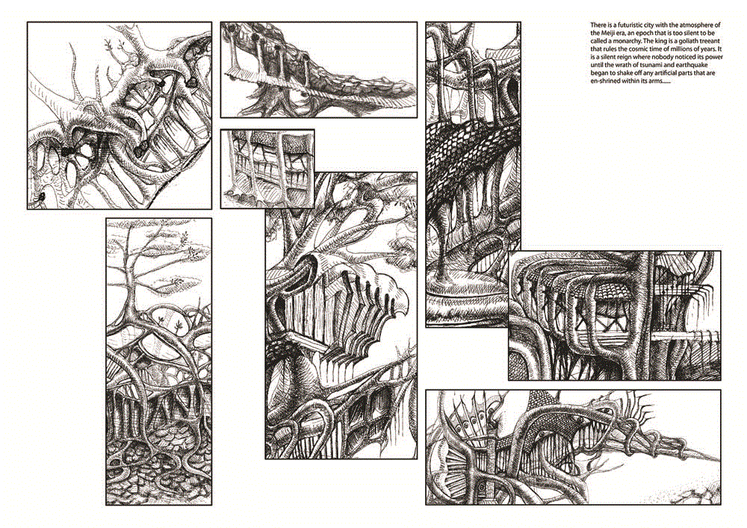 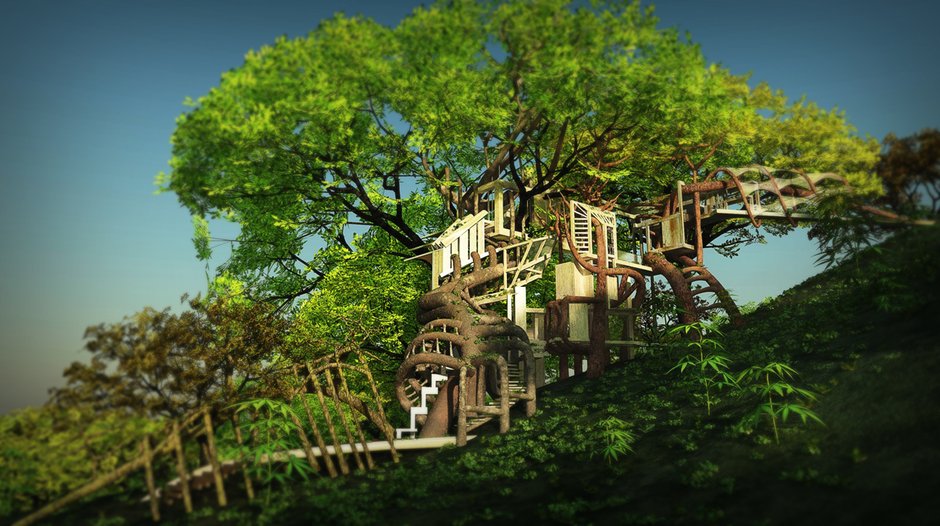 Exploring the exhibition at the AA School of Architecture Project Review earlier in the year, I was stunned by the overwhelming amount of great projects which were visionary and experimental but one that particularly intrigued me was a design of a Chinese student Ling Leng.

"The Thaumaturgical forest is an infrastructural symbiosis dedicated to the carousel of Japanese monk-scientists to worship and research the mythological and scientific aspects of natural disasters.  Located on a primeval forest island next to Ishinomaki, it is one of the closest point to many epicentres of earthquakes amongst the pacific ring of fire.

The project utilises a tree-growth guidance system to create organic technology that can survive earthquakes better, never run out of materials and always live. The design conforms nature rather than taking control of it.  Under recurrent attacks of earthquake, typhoon and tsunami in a time-lapse between 50 to 150 years, the project deals with cross-generational survival by engaging life-like tectonics into the generational artefacts of inhabitants. The thaumaturgical forest meta-morphs and transforms as living creature do.

Tree growth guidance system is analogy for organic technology. Trees can grow to 100 metres They can stand for thousands of years. They connect to the ground with roots that grip it in a way that is far superior to a man-made pile. As vertical cantilevers they are ambitious structuresdealing with substantial wind loadings".

Everything about this project, the idea of living architecture where organic design evolves like nature is for me an inspiring idea giving an almost spiritual dimension to architectural design.