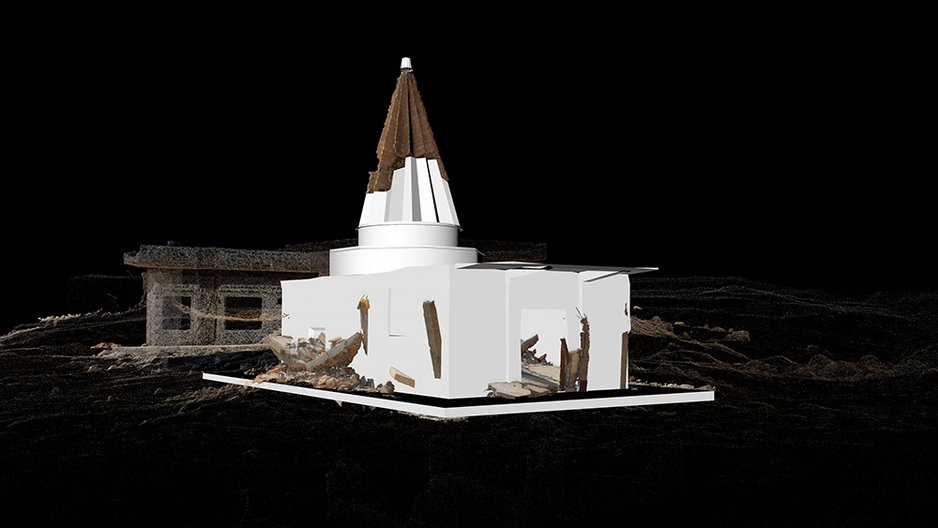 Commissioned by the British Council and created in collaboration with Art Jameel, Maps of Defiance is the official UK Pavilion for the XXII Triennale di Milano. Presented by the V&A, this exhibition explores the recent work of Forensic Architecture in their research into the destruction and genocide committed by Islamic State (ISIL) against the Yazidi people in northern Iraq.

Maps of Defiance presents Forensic Architecture’s ongoing work with the NGO Yazda in northern Iraq, where it is providing local groups with a DIY toolkit to record spatial data and evidence that can be used in legal cases against the war crimes. The pavilion examines the ways in which digital reconstruction allows for traumatic events to be understood and contextualised, with the ongoing investigation highlighting the destruction of cultural heritage as a part of genocide.

In August 2014, the Islamic State invaded the Sinjar region of northern Iraq, intent on destroying the Yazidi communities that have inhabited the area since the 12th century. Their campaign of violence against the ethnic and religious minority included systematic killing, torture and widespread destruction of homes, agriculture, shrines, and mausoleums. In April 2018, Yazda, the international Yazidi NGO founded in the US in response to the 2014 attack partnered with Forensic Architecture on a training initiative with Yazda’s documentation team to document the sites of these crimes using innovative DIY and photogrammetry methods. This material will provide vital evidence in legal cases in both international and regional forums against members of ISIL.

Maps of Defiance was first showcased in an earlier iteration at the London Design Biennale 2018, the UK Pavilion at the Triennale builds on this, presenting new findings and revealing a more detailed exploration of the innovative methods used by the Turner Prize-nominated collective. Visitors will be able to see the process by which these images are collected and reconstructed, alongside the objects used to capture aerial photography in dangerous locations, such as the rigs made from kites, plastic bottles and helium balloons. Three-dimensional models of the sites destroyed by ISIL are on display and demonstrate how ground and aerial photography, and photogrammetry has been used to reconstruct them. These models are also a way of exploring how to urgently preserve the memory of destruction, before the lands are re-developed and evidence erased.

Christopher Turner, Keeper of Design, Architecture and Digital at the V&A:
“Forensic Architecture are an interdisciplinary collective committed to contributing vital research into social injustice. The V&A wanted to support this important, new investigative project, which examines how evidence of genocide is scarred into the ruins of the shrines of the Yazidi people of northern Iraq. It is vitally important that international museums respond when global heritage is under threat, such as in ISIL’s systematic campaign to destroy the cultural memory of this religious minority.”

Sarah Mann, Director Architecture Design Fashion at the British Council:
“The British Council is proud to support the V&A and Forensic Architecture as the official UK participation at the XXII Triennale di Milano. Maps of Defiance demonstrates the vital role design plays in building international relationships and its ability to build knowledge and understanding in an increasingly complex world. I feel it is really important to support projects like this, which use design to empower communities that are faced with the destruction of their cultural heritage – an area we’re increasingly dedicated to at the British Council.”