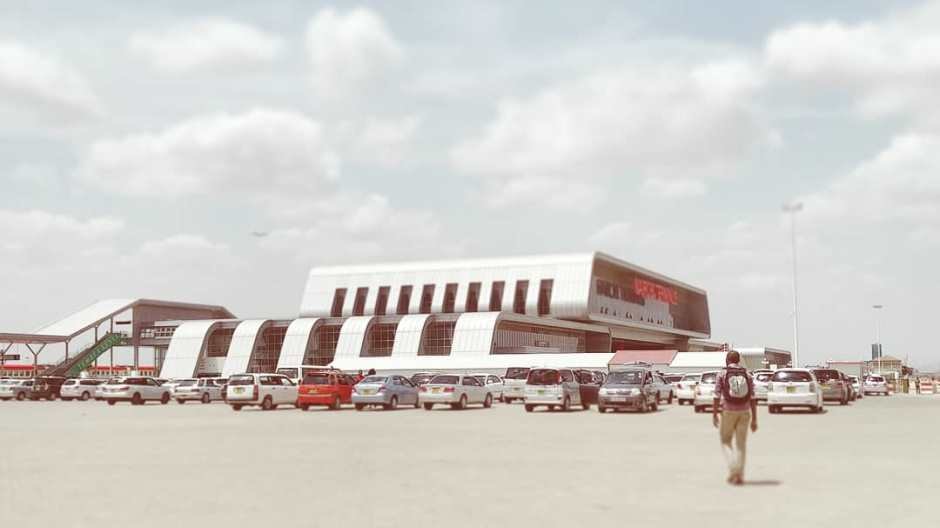 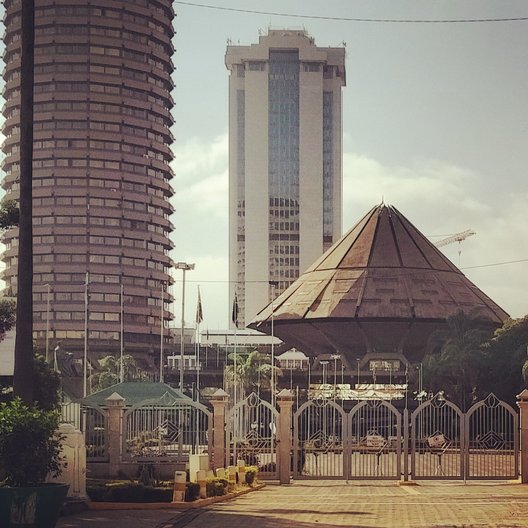 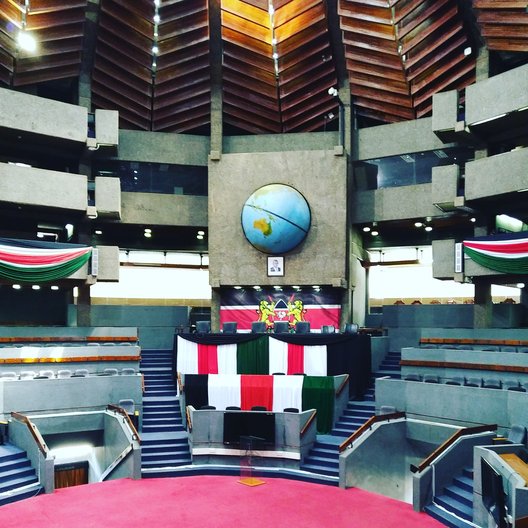 Inside the Kenyatta International Conference Centre 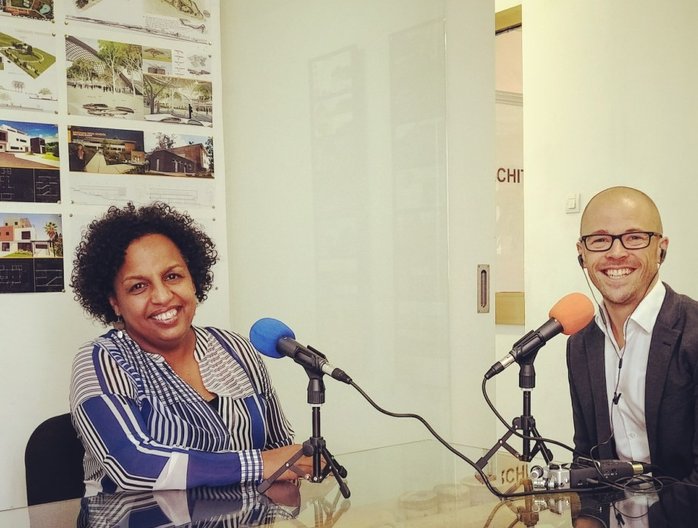 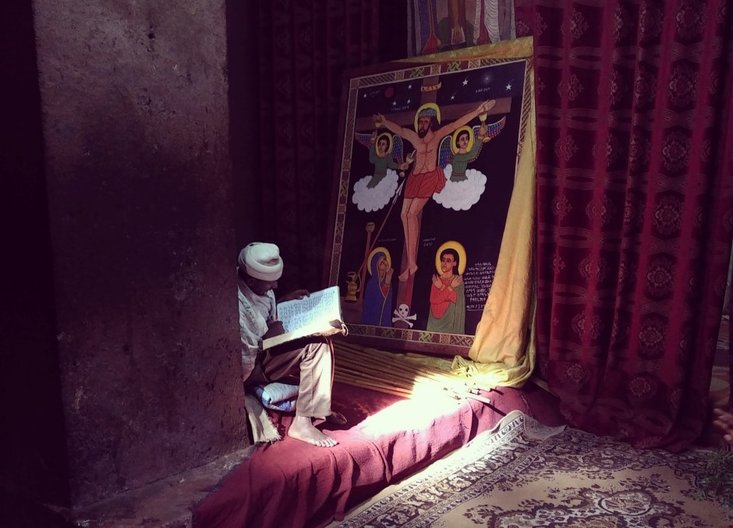 Inside one of the Churches of Lalibela 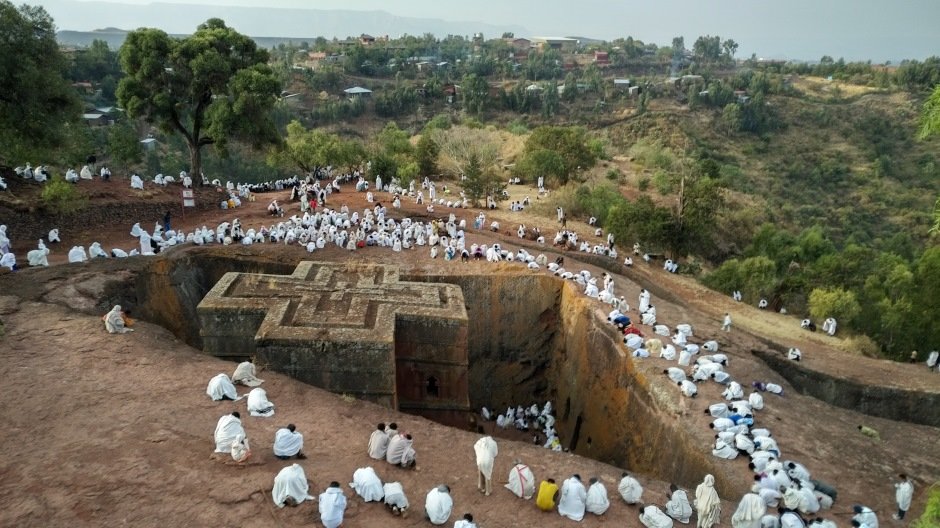 Owen Wainhouse, Deputy Director of the London Festival of Architecture (LFA), is one of the six Fellows awarded British Council Art Connects Us reseach grant, which supports our vision to develop stronger creative sectors in Sub-Saharan Africa and connections with the UK. Below Owen reports on his recent travels to Kenya, Ethiopia and Rwanda which will contribute to his reseach project, as part of the LFA, focusing on East African countries.

Flying always makes me think about borders. Apart from natural borders – lakes, rivers, mountain ranges and the like - from the window of a plane at 38,000 feet, it’s all but impossible to tell where one country finishes and the next begins.

Flying across borders within Europe is – for now – still simple and cheap. By contrast, flying within Africa is often complex, bureaucratic and hugely expensive.

I had planned to visit Ethiopia, Rwanda and Kenya. It quickly became clear that it would be easier and cheaper to split my research into two separate trips rather than one longer visit. This also had the advantage of giving me some time for reflection in between visits.

I produce and host the LFA’s podcast, Architecture Masters, where, in London, I interview some of the leading lights of our architecture profession. Our theme for this year’s LFA, which runs throughout June, is ‘identity’. The main aim of receiving the Arts Connects Us research grant was to help me interview architects living and working in Kenya, Rwanda and Ethiopia. I wanted to hear about their work and also explore ideas relating to architecture and identity; to hear new stories that might be relevant to architects in London, particularly with all the issues around our changing identity.

Nairobi struck me as an obvious first stop as it’s East Africa’s economic powerhouse. For all of architecture’s creative and artistic side – architects need clients and money to get things built. Britain’s colonial legacy has left English as one of the national languages, which meant interviews for an English-speaking audience would be relatively easy to arrange. Many of the capital’s buildings themselves were built pre-independence by architects who were not themselves Kenyan. There are still fewer than 1000 registered architects in Kenya. I was really interested to explore how an architect’s identity affects the buildings they create, and how a young country and young architectural profession creates an architectural identity for itself.

I was also interested to explore China’s increasing involvement in architecture and construction in Africa – not least on the new Nairobi to Mombasa railway. The new stations have been some of the most significant new buildings in the country of late.

I also arranged to meet Triad Architects whose legacy of built projects includes the Kenyan Parliament Building – no greater architectural identity is there than a nation’s seat of democracy. The Kenyan Parliament bears a notable, and not coincidental, similarity to the Houses of Parliament in London.

Later in the week I met and interviewed the principals of Cave Architects and Orkid Studio, as well as Architecture Professors at the University of Nairobi and Kenyatta University.

Nairobi shares many of London’s traffic problems in being a relatively spread-out city with a dependence on cars – one of our less-helpful colonial legacies. There’s no metro system but Uber’s rapid introduction, along with local competitors, certainly helps remove some of the friction normally associated to traveling around big African cities.

After four days in Nairobi I took the five hour train trip to Mombasa. It’s certainly not a high-speed train by Chinese standards, but by all accounts, it’s a huge improvement on the original British-designed railway – which was largely built by Indian labourers, many of whom stayed and have had a fascinating impact on East African culture ever since. The new SGR terminus building in Nairobi station certainly bears a certain Chinese influence.  I couldn’t help but think about how the railways have served as a vehicle for bringing culture in their wake.  As well as passenger service, the railway brings cargo inland from the port a Mombasa.  Talking of China and Africa, I’d learned a lot about this fascinating relationship from the excellent China in Africa podcast.

A few weeks later I returned to Africa to visit Kigali, in Rwanda, and then flying on to Addis Ababa in Ethiopia. I can’t possibly do justice here to my time in both these countries.

Kigali though almost stands apart from other big African cities. It feels more like Singapore than Nairobi: it’s impeccably – almost uneasily clean. Architecturally, Addis was something of a disappointment, with many buildings lacking any sense of location or identity. Many buildings could have been built in Shenzhen or Bangkok as much as Addis.  I heard a fascinating account of the work that architects are doing to try and improve the situation, both from the President of the Association of Ethiopian Architects, and from Raas Architects, designers of the British Council’s office in Addis Ababa.

I finished my trip though by traveling north to Lalibela. Lalibela is perhaps Ethiopia’s most recognised historical site, known for its collection of Christian churches that are carved into the ground out of solid granite. They date from the 12th century and are now a UNESCO world heritage site, despite still being in use by orthodox priest today.  I was lucky enough to visit over Easter where I was utterly spellbound by hearing the priests’ chanting echoing through the narrow rock-hewn buildings.

As is so often the case, in London as in East Africa, architecture creates the defining identity of a country.  You can hear the podcasts from the trip via the London Festival of Architecture website this June.