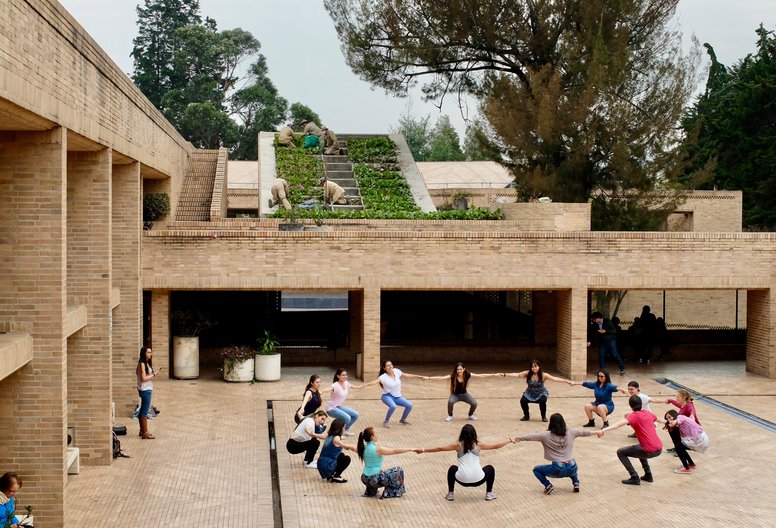 Applications are now open for the second round of the Rogelio Salmona Fellowship; apply by 9 April 2018.

Applications from practitioners in fields other than architecture and design are also welcome to apply (e.g. art; curatorial studies; history; social sciences or philosophy as well as architectural conservation and restoration; urban planning, architecture or design history or criticism).

The Rogelio Salmona Fellowship, which follows the success of the Lina Bo Bardi Fellowship in Brazil, seeks to raise awareness and understanding of the important contribution of Salmona to architecture, culture and society; to widen and deepen the understanding of his work internationally, to create long-term connections between the UK and Colombia, and between British and Colombian designers and architects, providing a development opportunity for talented British practitioners.

While in Colombia, the designer in residence will be offered accommodation and access to a network of key contacts. They will be encouraged to visit all of Salmona’s built projects, to study the archive of his work, and to speak with people who have studied his life. A study of the work of other architects and designers, as well as Colombian culture as a whole, is also encouraged. The residency will be split between Bogotá and the Colombian Pacific Coast, and may include other cities in Colombia according to the proposed itinerary by the selected Fellow.

Applicants are encouraged to research previous Fellowships and consider ways in which their proposal could complement past work:

In 2017, Freya Cobbin was selected as the inaugural Rogelio Salmona Fellow. Freya travelled to Colombia in August 2017 to explore the social legacy of Salmona’s work, and how inhabitants make use of the spaces he designed. Further information is available on Freya’s travelogues published on the here.

Please click here to view and download the Open Call document, which gives further information on the Fellowship and on how to apply.