A Century of Women’s Practice 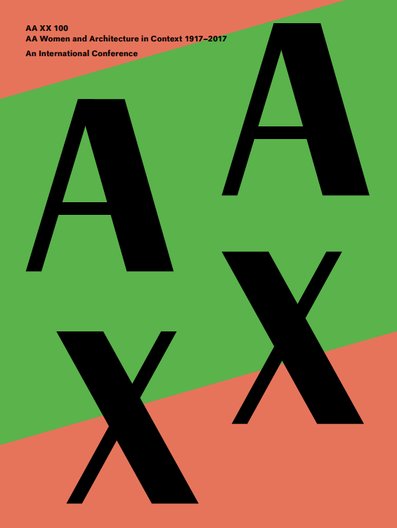 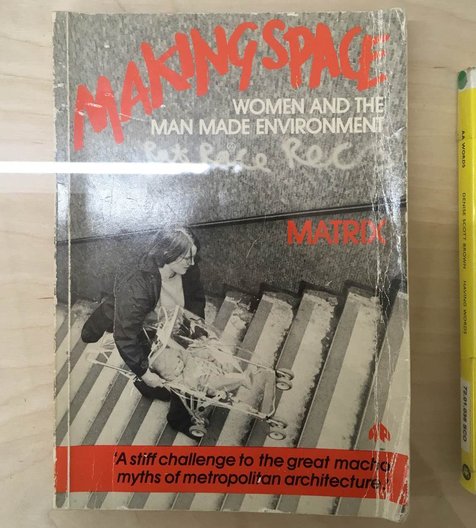 The AA XX 100 project celebrating 100 years of women at one of the world's leading architectural schools concluded with a major international conference. The conference explored the context (in history and practice) of women’s presence in architecture between 1917 and 2017. One of the conference speakers, Rachel Lee, shares her impressions of the project.

A Century of Women’s Practice, and a Resistant Status Quo

In a display case at the AA XX 100 exhibition, currently on show at the Architectural Association on Bedford Square in London, is a deeply creased copy of the book Making Space: Women and the Man Made Environment. Written in 1984 by the London feminist architecture cooperative MATRIX, it has long been out of print. During a collaborative keynote presentation by members of MATRIX, Muf and Parlour at the accompanying AA XX 100 conference, Julia Dwyer of MATRIX showed a slide of another copy of the book. Dog-eared, wrinkled and torn, and with thick layers of stamped borrowing tags, this example from the University College London library had clearly passed through hundreds of interested hands. Both copies testify to the publication’s continued popularity and relevance, and the pertinence of the themes it addresses to contemporary architectural practice.

Catalysed by the 100th anniversary of the admission of the first four women students to the AA in 1917, the two-year AA XX 100 programme curated by Elizabeth Darling and Lynne Walker has included guest lectures, the production of a book, a conference, and an exhibition. In all of these events, the careers of women AA alumnae have served as entry points into wider-ranging analyses and discussions of gender, feminism and spatial practices. Reflecting the international influence of the AA as well as the global relevance of the issues addressed, AA XX 100 has brought together contributions by a diverse group of architects, historians, theoreticians, pedagogues, students, curators and activists.

The exhibition presents the careers of women AA alumnae from 1917 until the present day in a variety of formats: a large original drawing by Zaha Hadid is presented opposite pages of a committee minutes book recording the decision to introduce a quota limiting the number of women students to twelve in 1933; a library containing titles including Diana Lee-Smith’s My House Is My Husband - A Kenyan Study of Women’s Access to Land and Housing shares wall space with presentation drawings of Muf’s study for a Museum of Women’s Art rendered in the ubiquitous red and black of the early 90s. Spilling decorously out of the ground floor exhibition space, into the hall and continuing up the stairway and into the first floor bar area, the exhibition embraces the domestic spatial qualities of the AA. Aside from the screens and headphones of the oral history exhibit, many of the portraits and other images are presented in wooden frames, intensifying the feeling that the viewer is a voyeur, witnessing a display of family history – which is, in some ways, the case.

In contrast to the rather contained atmosphere of the exhibition, the three-day conference was anything but understated. Presentations included Dana Walker’s initiative to develop a supportive infrastructure to help sustain the architectural careers of women of colour graduates, whose fallout rates outstrip the disappointingly high numbers of women leaving architectural practice. Architecture is clearly still a deeply inequitable profession that is lacking diversity. Ellen Rowley’s research on “hidden” women architects in mid-twentieth century Ireland who were banned from working professionally due to government policy, underscored the urgent need to critically question and open up the conventional understanding of architecture to include a variety of overlooked practices in architectural history. On the final day, MYCKET from Stockholm presented their take on participative spatial theatre as a means to coproduce inclusive environments beyond gender binaries. How their playful, colourful interventions in nightclubs and public spaces could translate into different cultural contexts where oppression and marginalisation are more keenly felt than in Sweden would be an interesting line of future inquiry.

Perhaps expectedly, but still rather disappointingly, the vast majority of AA XX 100 contributors, presenters and audience participants were women. In terms of architecture, architectural history and theory, gender has not yet been able to claim a central discursive position; it is a tolerated niche. And, despite now being in its fourth wave, feminism remains a women’s issue. Clearly much more work has to be done, and many more such exhibitions and conferences convened, before Making Space: Women and the Man Made Environment becomes redundant. In the meantime, I’m looking forward to the new edition.

Rachel Lee (Institute of Art History, LMU Munich) works at the interface of architectural and urban research, teaching, curating and art practice. Rachel's research explores the histories of colonial and postcolonial architecture and urbanism at their intersections with migration and exile, transnational practice, mobility, gender and urban heritage.

AA Women and Architecture 1917-2017 is on display at the Architectural Association in London between 6 October and 9 December 2017. Further information is available on the AA website.