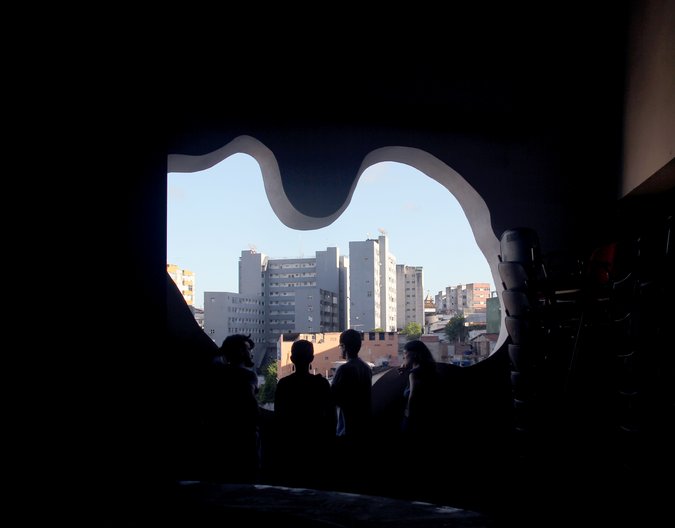 To mark the opening of Lina Bo Bardi: Together at SESC Pompeia, São Paulo, and to celebrate the end of the Lina Bo Bardi Fellowship, the British Council is presenting a public event in collaboration with MASP, housed in one of Bo Bardi's most iconic buildings.

This will be the first time Brazilian audiences will hear more from one of the Fellows, and get a sense of what has been covered over the last 4 years of the programme.

Jane Hall, member of Assemble - winners of the 2015Turner Prize and responsible for the exhibition design for Lina Bo Bardi: Together -, reflects on her experiences as the inaugural Lina Bo Bardi Fellow (2013). Jane will talk about the influence of Bo Bardi's work in the work of young architects working in Brazil and the United Kingdom today, and on the impact of the Fellowship in her own work and research.

ADF's Senior Programme Manager, João Guarantani, will present the result of the work of the other three Fellows (2014-2016) and discuss with Jane the possible legacy of the programme.

They will be joined by Martin Corullon, founder of METRO Arquitetos Associados, who since 2015 has been responsible for the design of various major exhibitions at MASP, including the re-edtion of Bo Bardi's celebrated glass easels in the main gallery space at the museum.

The event, which will be conducted in English, will be followed by a Q&A and feature a recent film produced by Tapio Snellman which features interviews with all four Lina Bo Bardi Fellows and some of their mentors, exploring some of their key findings during their research trips to Brazil and the legacy of Bo Bardi's work in the country and internationally.

Free entry, but spaces are limited

For further information (in Portuguese) and to reserve a place, visit the British Council's Transform website.