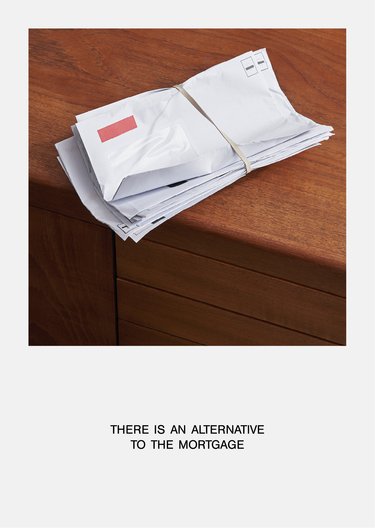 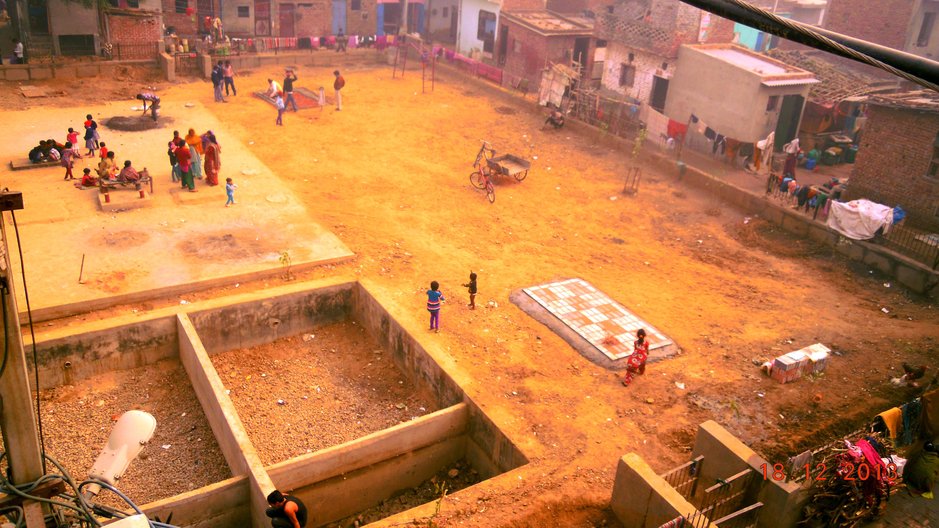 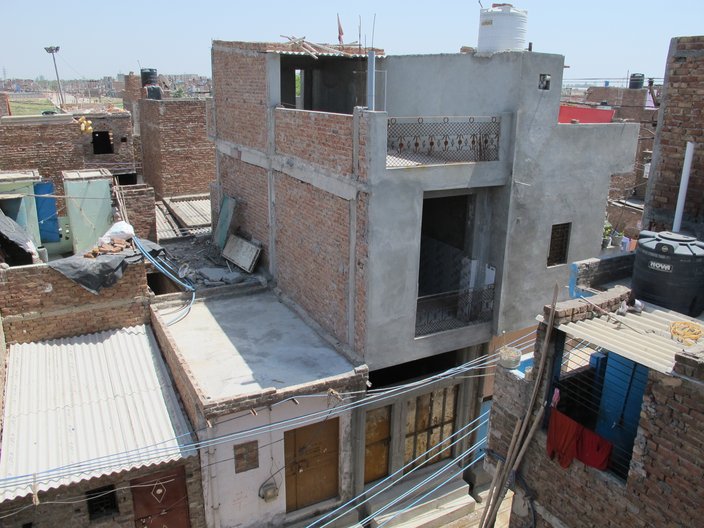 This year the curators Jack Self, Shumi Bose and Finn Williams have invited established and emerging artists, architects and designers to produce immersive 1:1 environments, which challenge the status quo and propose new futures for the home. Each of the five rooms in the pavilion has been designed around incremental amounts of time: HOURS, DAYS, MONTHS, YEARS and DECADES. This week we interviewed Julia King about her design for the fourth room, YEARS.

Julia King is a British-Venezuelan architectural designer and urban researcher who works in the UK and India, whose existing and ongoing research looks at affordable domestic typologies. The fourth proposition in Home Economics relates to the period of years, and resists the assumption of home as an asset rather than a place to live. In these circumstances, the cost of purchasing a house is minimised, and thanks to a custom-designed mortgage product, property speculation is opposed: home improvements are made for the purpose of dwelling rather than profiteering.

Why do you feel it is relevant to talk about architecture in terms of ‘years’?

The brief was 'a critique of the speculative model of property, whether through the subversion of existing architectural norms or proposing totally novel ideas about ownership and occupation'. Because of the propositional nature of the brief, and my collaboration with Naked House, the natural starting point was to think about how to facilitate lower socioeconomic groups entry into the property market, and to reject the notion of the home as an asset.

The current government's strategy is the "starter home", potentially owned for a few years, to get people on the property ladder; and shared ownership. But as property prices have rocketed a better solution is needed. The time frame of 'years' is so important here because the home is the largest investment that most people will make in their lives, and the main source of household equity. As Mark Twain once reportedly said, "Buy land, they're not making it anymore." Or as the estate agent Foxtons put it: "With an increasing number of people now disillusioned with pensions, more people are investing in property or becoming property developers." It is safe to say that Britain, over the course of the twentieth century has become addicted to home ownership, but today who gets to own and not own a home is a highly divisive matter.

How does the YEARS room in the British Pavilion respond to the Biennale theme, Reporting from the Front?

Today, housing is the single biggest component of wealth in Britain; and the UK's most valuable non-financial asset. In parallel, Britain is one of the most unequal countries in Europe when it comes to income. Economic capital, tied up in housing, thus represents the frontline of how people experience these inequalities in their own lives. The coupling of accumulation of economic capital through home ownership has severe implications for social inequality.

What influenced your design of the YEARS space?

I worked very closely with my industry partner for this project, Naked House, who really influenced and informed the context for the brief and the subsequent proposal. Naked House was formed as a rejection to the lack of viable affordable homes for middle earners so that they can stay in London for years. Themselves young professionals, can see the effects of what has been dubbed the 'clipped-wing generation': the 2 million adults between the ages of 20-34 who are living with their parents, according to a recent Shelter report. The squeeze on social housing expenditure has increased the pressure for affordable social housing, and this is where Naked House come in. To make homes more affordable they are working on housing models that strips out non-essential finishes and fittings, the developer profit, marketing/sales costs in the hope that this process with also engender a sense of ownership.

Can you give any examples of existing designs, architecture or places that you have drawn on for YEARS?

A lot of the inspiration for the 'years' room came from texts such as The Indebted Man by Maurizio Lazzarato and Lucius Burkardt's writings, specifically 'Rethinking Man-made Environments' and how he talks about the 'invisible components' in our built environment. For us this meant designing through the lens of the (invisible but very present) market, regulation, policy and finance. Asking how these broader variables present themselves as design parameters; for example how finance institutions can influence the design process? How can we understand economic supplies through the lens of architecture and in doing so suggest more equitable futures? How political ideology is spatial, with material and physical properties; and the kind of society this engenders. Asking how new economic ideologies can fundamentally change the structure and type of the house looking forward.

How have your previous projects influenced your design or ideas for the YEARS room?

A lot of my previous projects (and subject of my PhD-by-practice) operate within and study how utterly marginalised people participate in the economic processes of a larger host municipality, in this case Delhi. My interest is in how "incrementalism", a process of city-making in increments - as materials, time, etc. become available - mostly through the [self-] building of houses which, in their later stages, can support commercial or other activities. Incrementalism identifies dwelling as something always in the making, an ideal which when translated to the UK is the 'years' room proposal. My work in India shows how the evolution of housing (architecture), both in its making and in its substance is a vehicle for structuring the difference that allows ‘places’ and a ‘town’ to emerge.

A lot of my work is also concerned with sanitation as the primary building block for housing and town to emerge. Sanitation in industrialised countries evolved through a series of successive improvements more than a century ago: Individual practices of bucket latrines were replaced by communal systems of piped water and sewerage. Thus it would be simplistic to think that sanitation in developing countries should upgrade in a single step, ignoring this additive processes, accompanied by legislation which reacted to particularities of time and place. India is still facing a huge growth of its urban population whose improvements of conventional sewerage neither the individuals nor the state can afford, requiring alternatives. In order to operate in such a context architecture is understood as a tool for engagement and dialogue, empowering communities to contribute towards the shaping of their city. Here the role of the architect goes beyond that of design to encompass a whole range of skills from finance, political lobbying, fundraising, community liaison and the traditional skills of design development and project delivery. This approach to architecture which emphasises the process as opposed to the final product has influenced the proposal and, I hope, has been a benefit to Naked House.

Where have your best ‘years’ been spent?

My best years were spent in India where I grew up. I moved there when I was ten and left when I was sixteen. India was transitioning out of socialism into capitalism which was perhaps to have a profound impact on my understanding of the city, and the complexities of what we can call the "majority world". Fast forwarding, the post liberalized Indian economy is characterized by physical and visual contradictions. The result is an urbanism which is simultaneously failing and succeeding, global and local, cosmopolitan and parochial. India holds all these prospects at the same time which is what makes it so difficult to talk about, yet alone operate in; but also so wonderful and perhaps why I keep on going back.


Home Economics is on show at the British Pavilion for the Venice Architecture Biennale 28 May - 27 November 2016. To find out more click here.