Dogma and Black Square on MONTHS for Home Economics 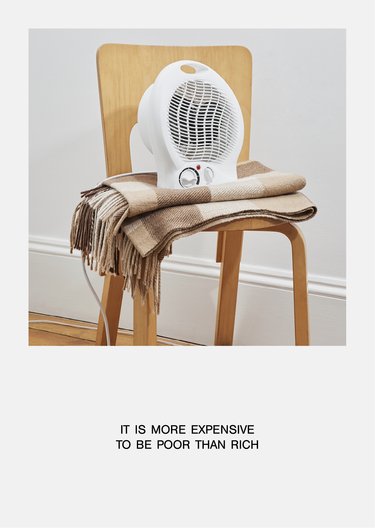 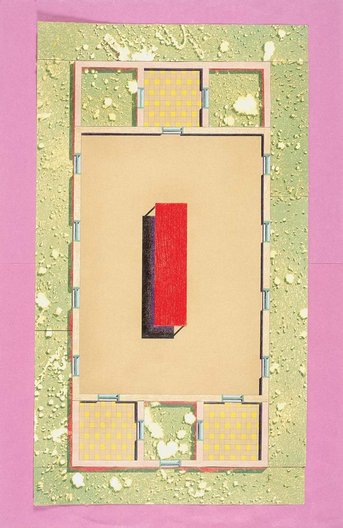 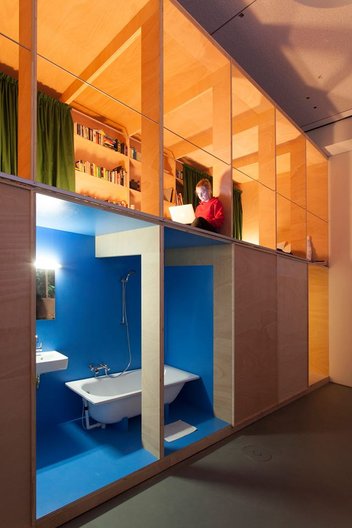 Inhabitable Wall in the Communal Villa, Berlin, 2015 by Dogma 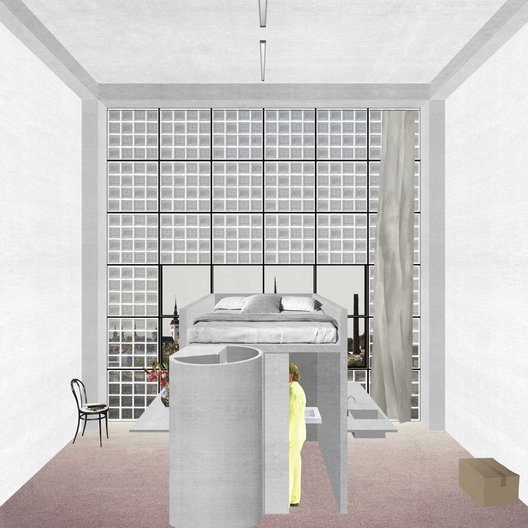 Live Forever The Return of the Factory, proposal for a living-working unité d’habitation for 1600 inhabitants at the Balti Station area, Tallinn, 2013

This year the curators Jack Self, Shumi Bose and Finn Williams have invited established and emerging artists, architects and designers to produce immersive 1:1 environments, which challenge the status quo and propose new futures for the home. Each of the five rooms in the pavilion has been designed around incremental amounts of time: HOURS, DAYS, MONTHS, YEARS and DECADES. This week we interviewed Dogma and Black Square about their design for the third room, MONTHS.

Dogma is the office of Pier Vittorio Aureli and Martino Tattara. Aureli has a teaching practice with Maria Scheherazade Giudici (Black Square) in London, across the AA and the RCA, looking at the political relationship between architecture, dwelling and the city. MONTHS relates to short term residencies, in the context of temporary work contracts, study visas or student semesters. It imagines a new form of rent, where a flat monthly payment includes not only the use of space, but all domestic needs, tackling issues of privacy and domestic labour.

Why do you feel it is relevant to talk about architecture in terms of ‘months’?

28 days is, in most western countries including the UK, the maximum amount of time you can occupy a space without needing planning permission. The time-scale of the month, of thinking in terms of months, implies a form of dwelling that does not require the dweller to belong to the place, nor the place to the dweller. On the other hand, it is a time-frame that is also not ephemeral, and that, as such, requires a project. Contemporary urban living is increasingly precarious; thinking in terms of months means to acknowledge this precariousness, and yet, at the same time, to try to give it a form, a spatial response that can go beyond the idiosyncratic and the ad-hoc.

How does the MONTHS room in the British Pavilion respond to the Biennale theme, Reporting from the Front?

The housing crisis represents an internal front of conflict in any contemporary city. Rent and mortgages are an actual form of economic exploitation that is depriving a whole generation of the possibility to be masters of their future: of choosing where to live, for how long, with whom. Our response to a living condition measured in months is to rethink the space of the boarding house, a house to inhabit just for a time, together with others. We believe that the boarding house could offer young precarious workers a space of resistance – both economic and social.

What influenced your design of the MONTHS space?

We have been working on the architecture of new forms of life for about a decade, both with Dogma’s projects and in a series of studios and researches at the Berlage Institute and the Architectural Association. Rethinking dwelling beyond the sphere of the domestic has been at the core of this work. Going beyond the domestic has meant for us to question the dichotomy production/reproduction, living/working, private/public, as well as the hierarchies dictated by traditional gender roles.

Can you give any examples of existing designs, architecture or places that you have drawn on for MONTHS?

We are very inspired by the work of Andrea Branzi, who has been a sharp observer of the evolution of the domestic interior in the last few decades. In his projects for Central Plan Houses, Branzi rethinks radically the relationship between space, technology, and daily rituals. The idea of a house with a central plan – beyond typology, beyond functionalism, focused on the single human body at its centre – was very provocative for us and it perhaps informed the sculptural qualities of the ‘totem’ unit we designed for Months.

How have your previous projects influenced your design or ideas for the MONTHS room?

In our books Dogma:11 Projects (2014) and Rome: The Centres Elsewhere (2010), the latter of which we edited with Maria from Black Square, we collected some examples of our work on new forms of housing. The projects are mostly conceived as a response to the conflicts – social and existential – triggered by the volatile working conditions of the class we belong to. We are freelancers ourselves and we draw inspiration from our own lives and their discontents to reimagine an architecture that could, if not solve all problems, at least accommodate and perhaps represent our needs and desires. The large post-industrial cities of Europe have been our main testing ground: Brussels, Rome, and more recently Berlin in The Communal Villa (2015). However for London we thought to reimagine a type we had never considered before – a building in which domestic labour would be professionalized rather than collectivized. We feel this choice fits the time-scale of months better as it does take time to construct the solidarity that was a prerequisite for some of our previous housing experiments.

Where have your best ‘months’ been spent?

At home, wherever home is.