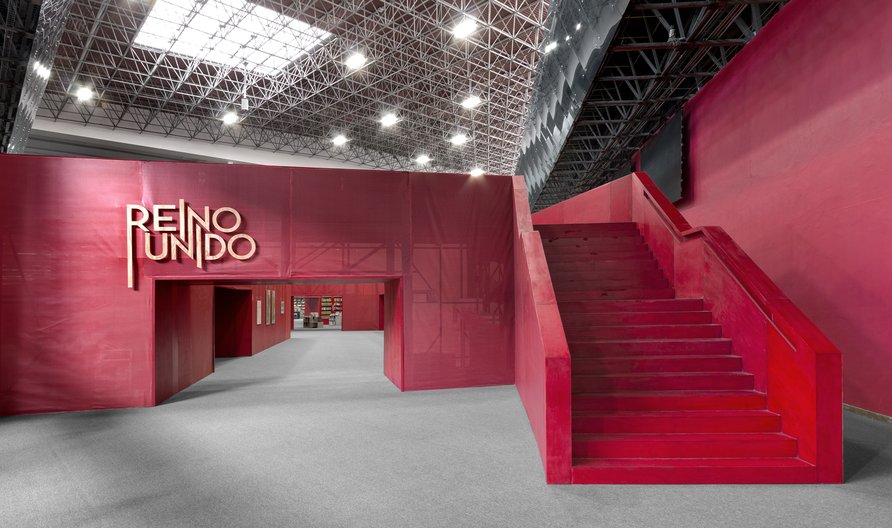 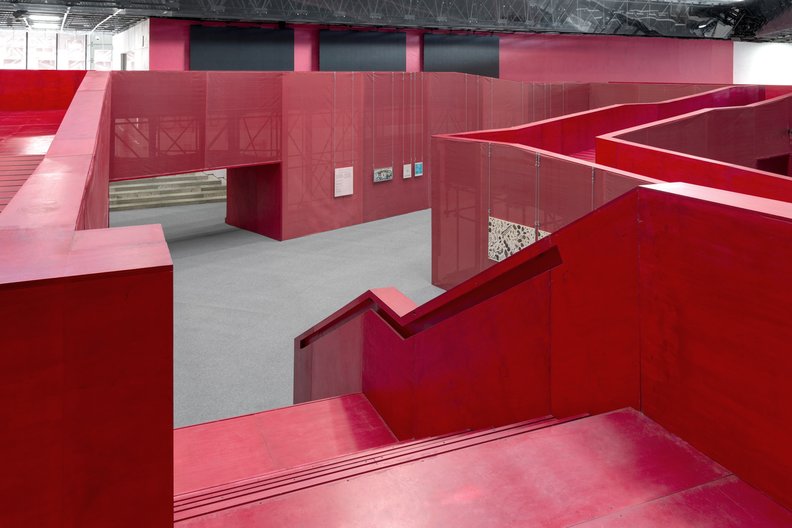 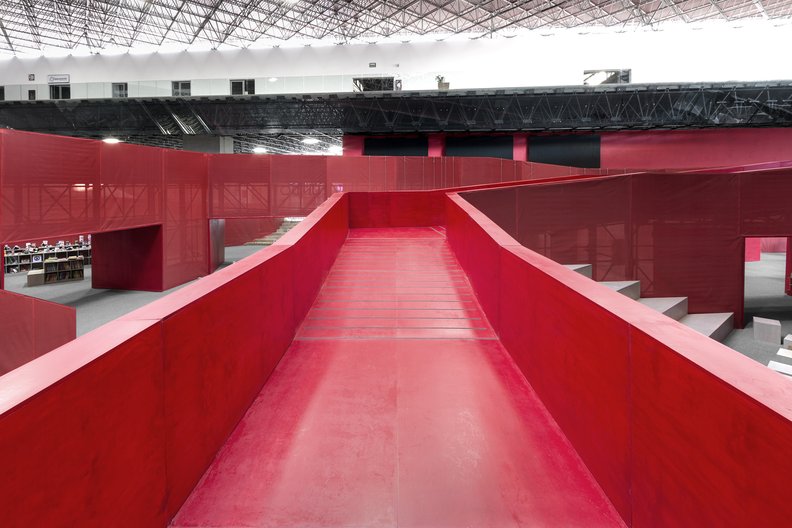 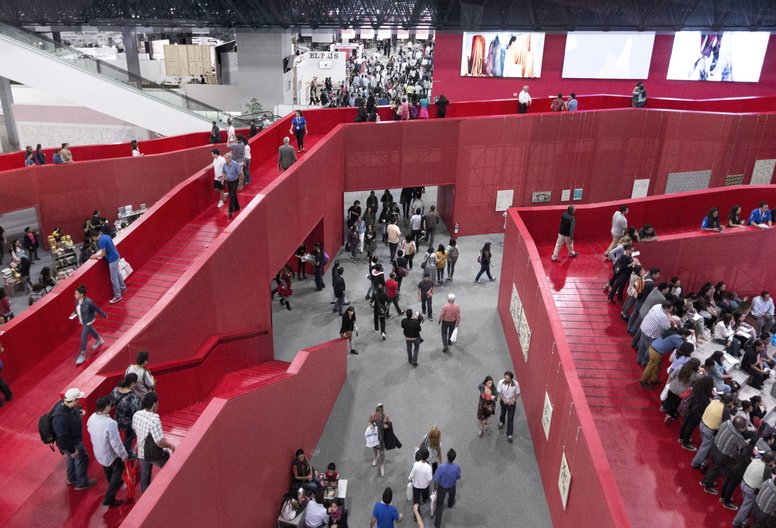 As the Guest of Honour, the UK has central stage at the Festival, the most important in the Spanish-speaking world and second only to Frankfurt. More than a book festival, FIL covers all strands of culture and sees Guadalajara, Mexico's second largest city, taken over by cultural activities led by the Guest of Honour country. Along with a host of UK organisations, the British Council plays a central role of devising and leading on the ambitious UK presence at the Fair, which concludes the British programme in Mexico as part of the Dual Year of Culture between both countries.

Central to the programme is the UK Pavilion - commissioned by the British Council in collaboration with other UK partners, it covers roughly 1,700 m2 and comprises an auditorium, book shop, business areas for publishers, as well as a gallery and service areas. Carmody Groarke's response to the brief was assertive and inventive, with a design dominated by a strcuture which allows multiple vantage points and spaces for contemplation and discovery. The Pavilion, which is complemented by furniture designed by Carmody Groarke and Martino Gamper, is both functional and aesthetically striking, with a carefully articulated interplay between the structure itself and the facilities housed within it, providing an ideal setting for the visual programme curated by Mariah Nielson. Nielson's project, entitled 'Collection of Collections', comprises both a physical and an extensive on-line exhibition, realised in collaboration with designers Åbäke and Thomas Bush. The project draws from dozens of private and public UK collections, both small and large - amongst these are many design and craft collections - and paints a unique picture of visual culture in Britain.

Kevin Carmody and Andy Groarke founded Carmody Groarke in 2006 after meeting at the offices of David Chipperfield Architects. The studio works on a diverse range of commissions in the UK and abroad for private, commercial and cultural clients. Completed projects in London include a studio for British artist Antony Gormley, the 7 July Memorial in Hyde Park, the Royal Institute of British Architects (RIBA) new Architecture Gallery and Frieze Art Fair London. Current projects include the Windermere Steamboat Museum in the Lake District, a new studio for artist Julian Opie in London and a major extension and refurbishment of the Dorset County Museum in Dorchester.

Since 2006 Carmody Groarke has been recognised by architectural awards including the Building Design ‘Young Architect of the Year Award’ (YAYA), the Architectural Review ‘Emerging Architecture Award’, the D&AD ‘Yellow Pencil’ awards for Spatial Design and Exhibition Design and several RIBA National, Regional and Special awards.

About the Guadalajara International Book Fair

Feria Internacional del Libro (FIL) has been organised since 1987 by the University of Guadalajara (itself established in 1791). The Fair was created as a cultural festival in which literature acts as a starting point for the rest of the arts. Catering simultaneously to professionals and the general public, it has become the most important Spanish-language publishing industry gathering in the world, the largest literary festival in the world and one of the most important cultural festivals on the American continent. Guadalajara is Mexico’s second largest city with a population of 5 million.

FIL balances its public elements (the cultural and retail programmes) with trade features such as rights sales and professional meetings. At its core is a 35,000m2 exhibition centre which last year hosted 20,000 book industry professionals from 43 different countries, 600 writers from 24 countries and 750,000 national and international visitors.

The UK programme at FIL was made possible thanks to the work of the British Council in collaboration with the organisers of the Guadalajara International Book Fair, the University of Guadalajara, The Publishers Association, the British Embassy, UK Trade and Investment in Mexico and the GREAT Challenge Fund. The role of the United Kingdom as Guest of Honour at the FIL follows on from Mexico’s success as Guest of Honour at April’s London Book Fair.

FIL is open between 28 November and 6 December 2015. The full programe can be viewed on FIL's website.