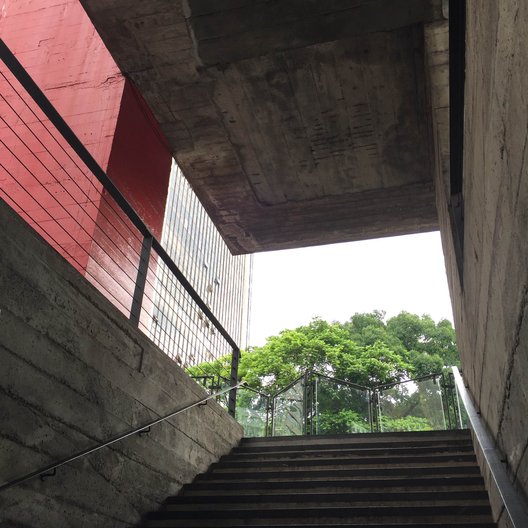 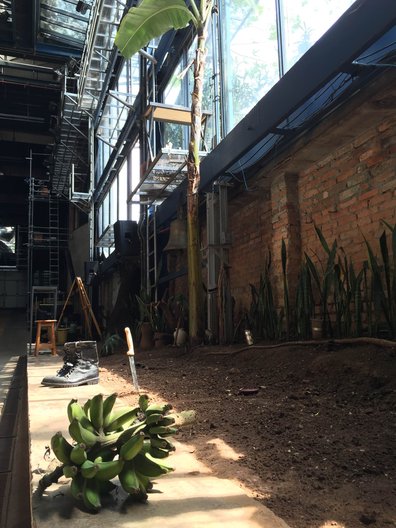 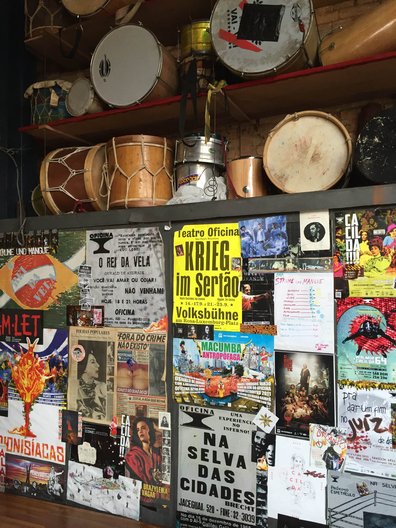 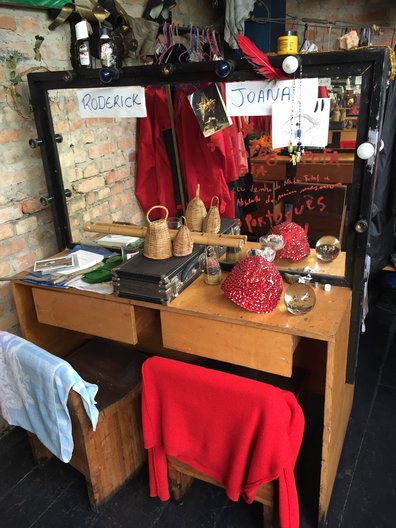 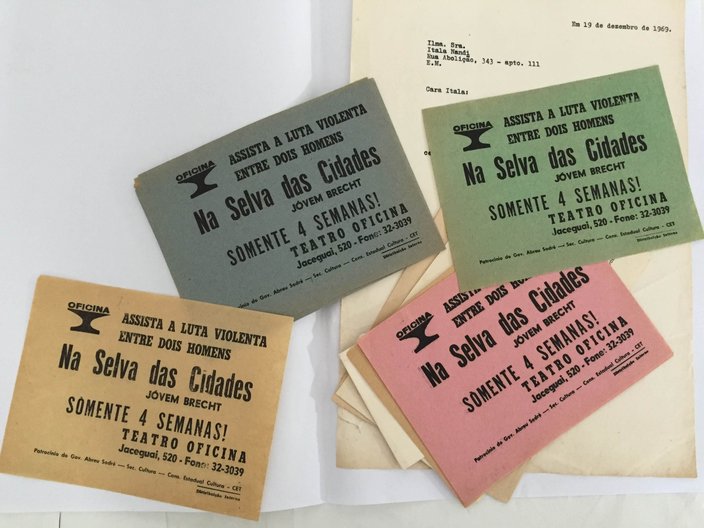 This is the first report from theatre and opera director Finn Beames, who is in Brazil through the Lina Bo Bardi Fellowship exploring the work of the celebrated Brazilian architect. Finn's research is primarily focused on Bo Bardi’s stage design and, more widely, her relationship to theatre making. Finn is also exploring the behaviours of people occupying spaces designed by Bo Bardi, with an aim to develop a piece of theatre which encourages audiences to consider their own relationship to her buildings and with buildings closer to home.

After the immediate choreography of Rio de Janeiro’s high curves and wide sweeps, São Paulo reveals itself less freely. Its endless hills are concealed by tower blocks in rough colours, and you lose hours each time you try to move through it. Initially, I found it hard to understand its districts and how they differ. Still, each time I emerge from a metro station, I think the place I’m going to can’t possibly be in a part of town that looks or feels like this -- but each time I am wrong, and the meek and dilapidated continue to brush up against the gated and imperious. In Rio, a glimpse of Corcovado or the Pão da Açucar seemed to me, to mean direct contact with the city’s spirit, but after two weeks inland, with unsubtle eyes bleared by foreign ignorance, I want to say: Rio has mountains. São Paulo has Lina Bo Bardi.

I spent a week in Rio learning Portuguese before beginning the fellowship properly. I understood its standing stones, vast obstacles to indiscriminate urbanisation as interventions in the city. Of course, the rocks were there long before humans, but they continue to succeed in dwarfing any sign of civilisation, making it impossible for the city to become its own isolated context, disconnected from the landscape. Conversely, having built over rivers and upwards almost everywhere, Paulistas have a home which does everything it can to make untouched earth a distant memory. Bo Bardi’s most talked about projects, the Museu de Arte de São Paulo (MASP) and Sesc Pompeia, in my first week, were full of a kind of meaning that I struggled to derive from other buildings. On the top floor of MASP, suspended over Avenida Paulista on space-invader legs, the city’s skyline has the peculiar opportunity to converse directly with works of art -- which offers reciprocal revelations and a kind of honesty about <<the real world>> that is rarely found in an art gallery. At Sesc Pompeia you are immediately offered space, animated by fire and water, and the challenge of navigating São Paulo softens into something less daunting.

But everyone talks with monumental affection about MASP and Sesc Pompeia. They are both incredible projects, executed with incredible commitment to provocation, tactility and anti-sheen aesthetics. But I’m cautious of falling into a kind of complacent praise that makes it harder to imagine how Bo Bardi’s strident, and often thorny, brand of instigation might be applied on the streets of São Paulo today. The ‘rua’ of Teat(r)o Oficina, which inclines tall and long and narrow down the side of a much contested, desert-like parking lot, is the place I feel most likely to encounter the future so far. The <<best seats in the house>> genuinely don’t exist, and once again the elements are present in the form of a permanent garden with banana trees, a waterfall and a huge window exposing the city and the theatre to each other. I’d bet most British directors would balk at the prospect of filling the space with their work, and from a London-centric perspective of proscenium arches and naturalism, Oficina’s singular auditorium does seem to slope into the unknown.

Since arriving, I’ve visited all Bo Bardi’s projects in São Paulo, started interviewing people who work in them, and begun consulting various entries in her archives. As far as her scenic design is concerned, I don’t think I’m likely to encounter anything that communicates a process or product entirely new to me. But in the way her buildings animate their occupants, I am consistently discovering a kind of theatre that seems to me to exist between people and material, and is not constrained by the kind of convention inherent in most performance events. Now I’m here, as when I set out, I think that there’s a piece of theatre to be made out of Bo Bardi’s architectural practice, and I’m slowly beginning to understand how I might do it. But there’s still the question of making it occupy the present, in a way that isn’t fuelled by nostalgia, and in a way that doesn’t parrot Bo Bardi’s approach. That said, she made architecture and theatre talk to each other with idiosyncratic style, and I think if I keep listening out for these exchanges, I might hear something which speaks forcefully of <<now>>.