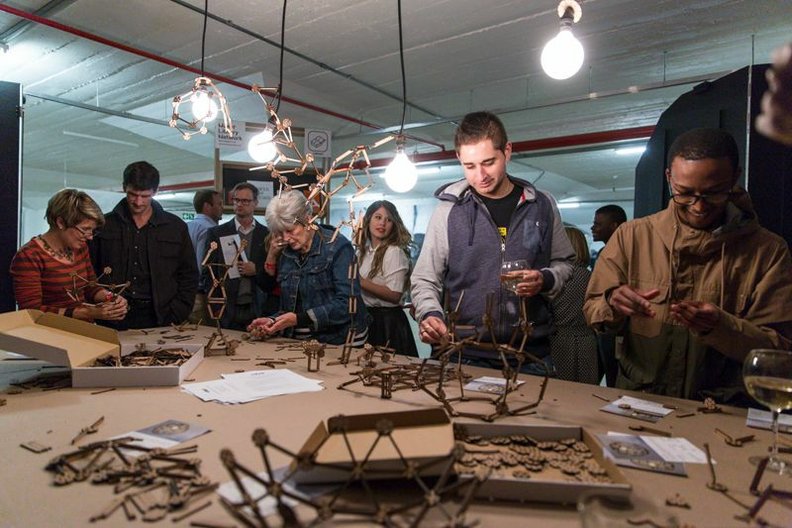 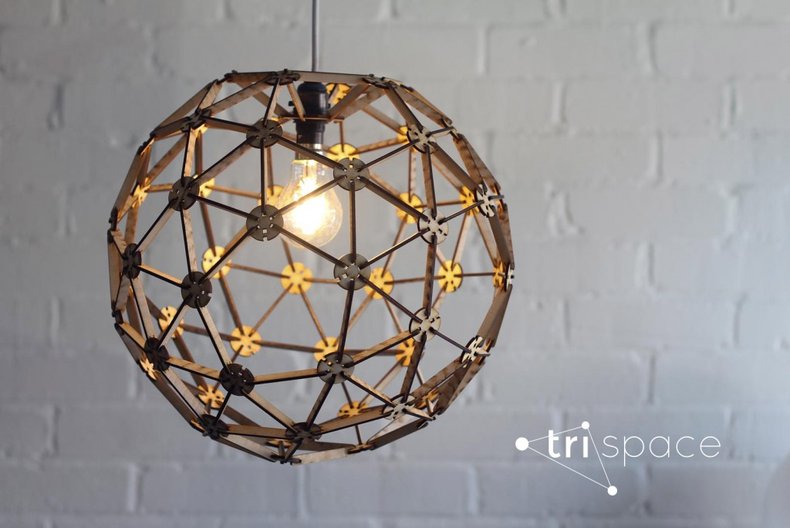 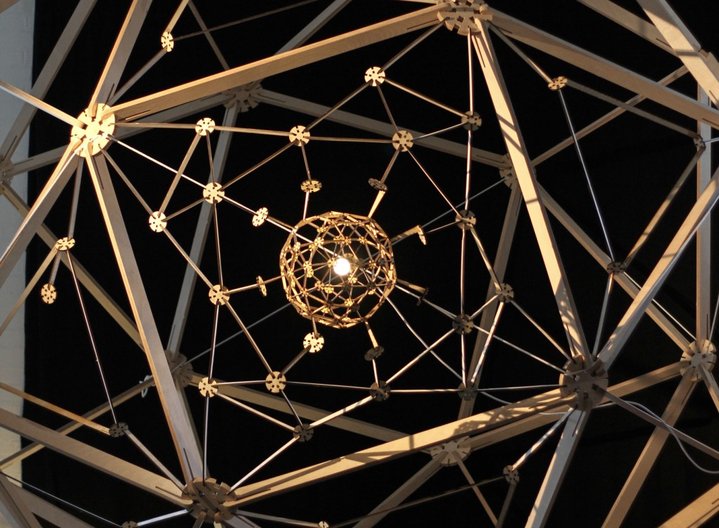 During his residency at Machines Room, Michael Obrizkiv ran network-wide workshops based on his Trispace laser-cut modular maker kit. Inspired by geodesic geometry it invites playful prototyping of modular constructions, such as sculptures, toys, lampshades and shelters. A computer engineer and self-taught designer, Michael is interested in creating open source kits that will be published freely online.

Maker Librarian Gareth Lloyd brought the kit to Cape Town in February 2015, where it was used by the Maker Librarians and the public. This inspired Maker Librarians Batya, Craig and Gareth to create a simultaneous, three-way workshop at Machines Room in London, the Museum of African Design (MOAD) in Johannesburg and The MakerSpace in Durban, thereby reinforcing kinship, developing common knowledge and increasing their respective audiences. The project was exhibited at Vitra Design Museum Gallery, where Michael built a giant geodesic dome on the museum lawn.

Download the files to make your own Trispace kit here.