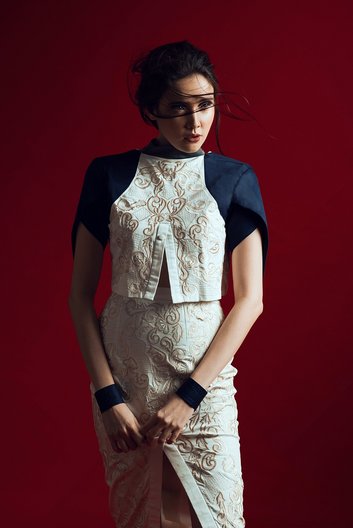 Invitation to join the London College of Contemporary Arts in celebrating the work of Nereku and Viňa - winners of the 2014 Look of Style Awards held in Manila, Philippines.

This February sees the second installment of work by fashion design and fashion accessory winners of the 2014 Look of Style Awards, Nereku and Viňa. The competition, held by the British Council in November 2014 with the London College of Contemporary Arts acting as academic partners, is now entering it's second phase in the the LCCA gallery space.

LCCA welcome you to this opportunity to witness the exceptional work of Nereku and Viňa while the designers attend classes on campus. Nereku is a shoe maker with training in architecture, the style of whose pieces has been compared to that of Alexander McQueen. Meanwhile fashion designer Viňa's interpretation of 'Maria Clara' - the traditional female figure of inspiration in the Philippines - puts an elegant stamp on contemporary womenswear.

During the exhibition opening party both designers will be speaking in person of their experiences of the making process and inspirations behind their fashion pieces.