MLN at the first Maker Faire Africa in Johannesburg 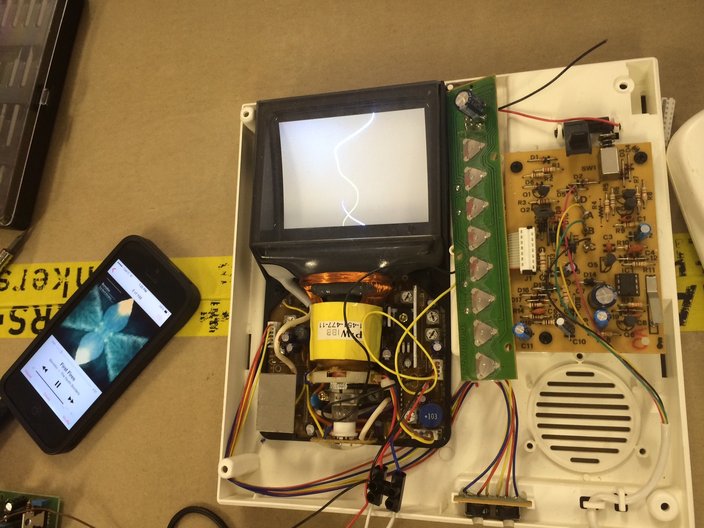 On 5 December 2015, South African Maker Libraries, MoAD and Thingking participated in Maker Faire Africa 2014 at the Sci-Bono Discovery Center in Johannesburg. The event brought together inventors, hackers, makers, entrepreneurs and creative tinkerers from across South Africa. This Festival of Making spilled into the streets of Joburg’s emerging ‘maker precincts’, Maboneng and Tshimologong. Thingking and MoAD hosted hands-on workshops teaching visitors to turn an old phone into an oscilloscope.

The old video phones were re-purposed by converting the cathode ray screens into oscilloscopes that were then used to measure different sounds. An oscilloscope is a type of electronic test instrument that allows one to see constantly varying, non-electrical signals, such as sound or vibration, displaying them as a two-dimensional visualisation of the signal as a function of time.