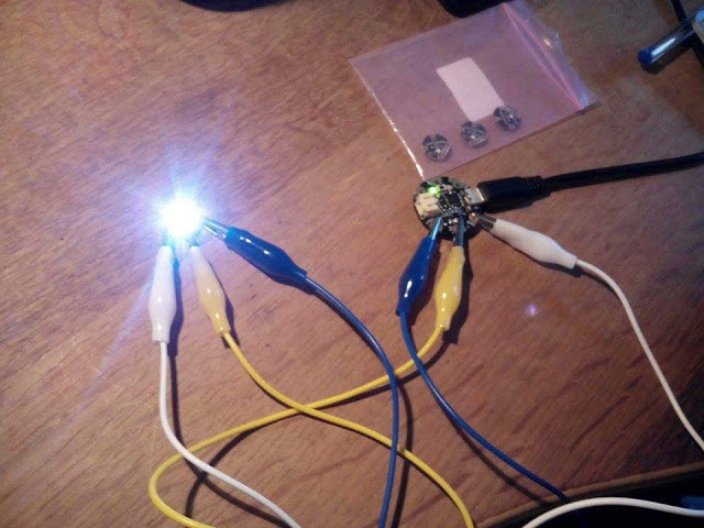 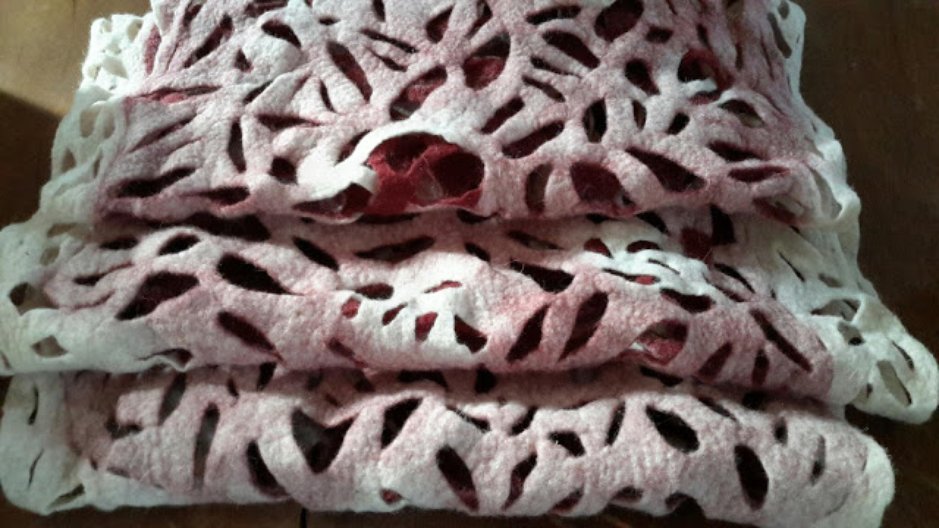 Fabrication of leads and felted wool 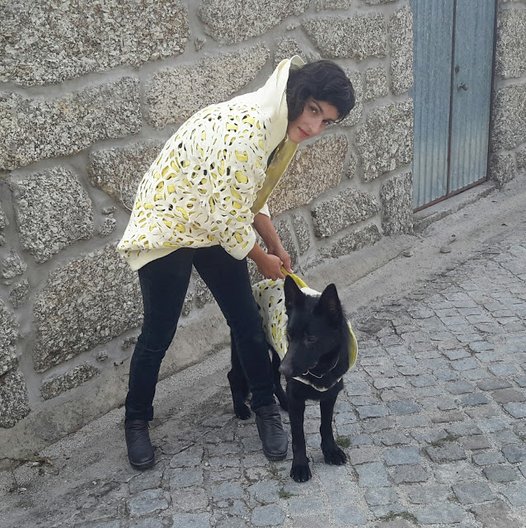 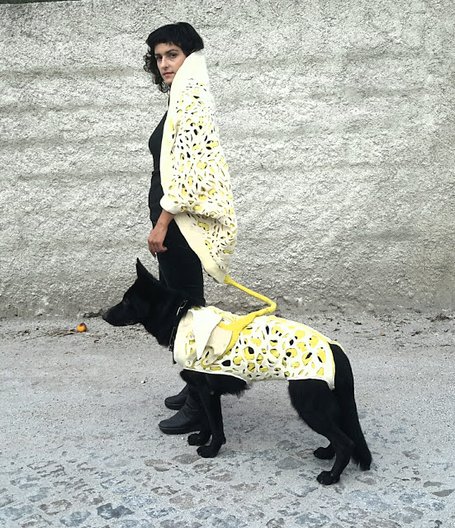 Fashion-Tech competition is an initiative organized by the British Council, Selective Fashion Association and CITEVE pioneering creative practitioners based in Portugal to explore the fusion of fashion with technology to produce fashionable items referred to as Wearables. Conducted in a three phase format this hackathon

Qualifying Phase 1, participant VolumeAtelier by Ana Rita Albuquerque was awarded a technology development kit to develop her concept Project Coeo. Ana dives into detail about including technology in her work processes.

Right now I'm taking that deep breath between what comes and goes, between memory and the anticipation of the future. It's appropriate to bring up the future; this project was like tickling the future and having it laugh back at me!

In spite of not winning the final award, I feel like I've gained a open window for new possibilities and learnings of the best kind! The complete unexpected never dreamt of having kind, but also the kind that makes sense to me and completes something emergent, yet to be revealed. My concept Project Coeo (Latin for 'go or walk together'). was completed for the fashion-tech challenge, a partnership between the British Council of Arts and CITEVE.

Coeo is made up of three items, a cape for a human, a vest for a dog and the link between them. The parts create an unique structure that connects the dog to it's human in a physical and tangible bond. The bond between dogs and humans is ancient and of evolutionary relevance, as is the textile used here, hand felted wool. With Coeo this bond gains a visible and functional expression. And so realities converge in an exploration of the non linear evolution of several moments. The ancient wool as contemporary material and carrier of technology. The dog who no longer performs a job, but has become a companion and may communicate through the same technology. The designer for whom the idea of programming and hacking were alien concepts now dreams of  wearable inclusive projects to come.The textile dimension is very expressive and sculptual, with a double woollen laced layer, complex and cell like making it light, flexible, easy to wear and to clean.

Constructed and sculpted seamlessly with natural wool in the most ancient textile technique, hand felt, it enables great plasticity and imense constructive freedom in shape, structure and texture. I combined this with the adafruit kit of microprocessors, leds and sensors made available as part of the challenge by Citeve, to whom I thank the opportunity to discover this meaningful  "magic box" of wearable technology.

After crossreferencing my original plan with what I had to work with, the gemma and it's kit, I adjusted the functions accordingly and began learning how to do and program what I had in mind.

The microprocessor was placed on the base of the extension which connects the dog's vest to the human's cape. I soldered the vibration sensor to Gnd and D2, assigned a switch to D0 and the leads to D1. The leads were stitched parallel but in an unaligned way, made possible using two distinct layers of felted wool upon each other, allowing for alternate stitches that never cross. Also I observed that felted wool makes a good base for electronic components as wire can easily be hidden within, offering protection, also from impact and insulation.The last led was placed on the other end, at the base of the human cape, where I used cable instead of thread, soldering the ends to a fourth plug in order to be able to disconnect the link. I was looking for a more wow factor than four leds would allow, so I added three strands of fibre optic cable from the base of the cape, from the last lead and along the cape, making it very easy to transport the lead's light.

When calm, the dog's leds shine in a calm mode. As the human and dog move about the leads will reflect that movement becoming more agitated. In case the link breaks the dog's leads will alert it's surroundings by sending an SOS message, in red morse code! This is the first presentation of Coeo and of my new set of skills, more will come with videos and photos. Until then I'm going to stitch some leads and learn a lot more.

The four winners of the second phase will be visiting London in February 2016.