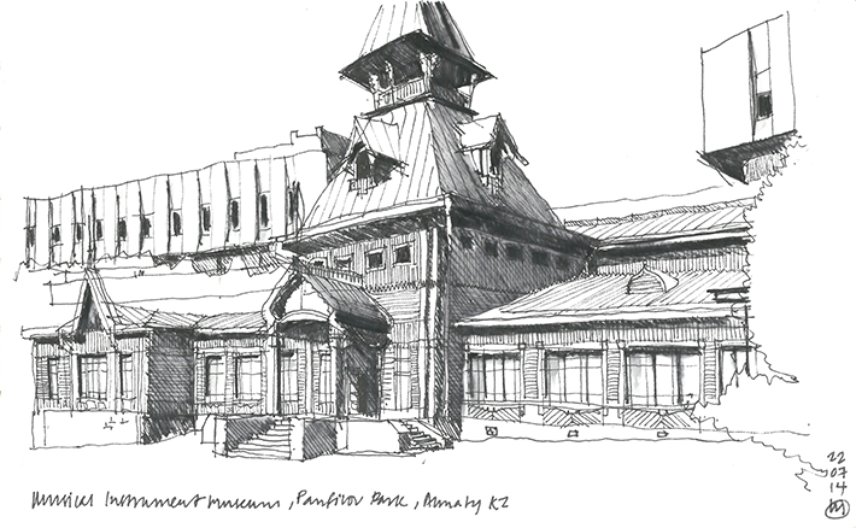 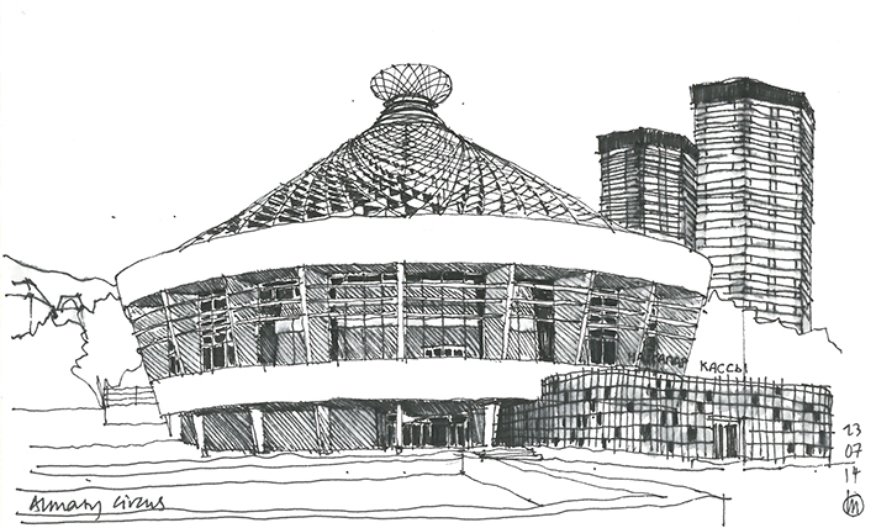 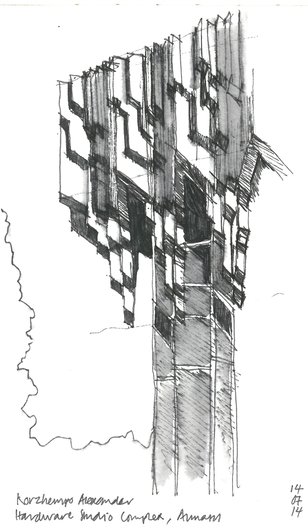 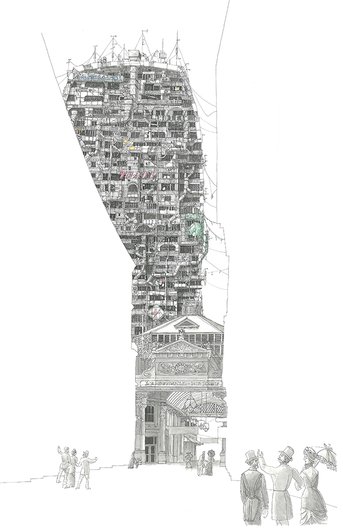 Before Kazakhstan became an independent country, its former capital city Almaty went by another name Alma-Ata, meaning ‘Grandfather of the Apple’. Celebrated as the birthplace of the apple, the notion of Alma-Ata evokes nostalgic images within the minds of Almatians of a green, sun-drenched city, nestling in the foothills of the Zailiyskay Alatau Mountains, with beautiful orchards, and mountain-water rills (aryks).

Late twentieth century Kazakh architecture, like much of the USSR, can be fairly unified in terms of construction and design. Nevertheless, there were many beautiful buildings built during this period of Soviet Modernism that also reflected the aesthetics and culture of the region, which can be seen in both the grand public buildings and in its everyday architecture. The unique and diverse cultural imagery of the region was expressed by the local architects through geometry, rhythm, detail, patterning and materials. The lack of funding for conservation has meant many of these buildings are now rapidly aging and decaying. New development has seen the demise of both the orchards and Almaty’s Soviet era architecture. However, both can be considered essential to the survival of the city’s cultural heritage, identity and future prosperity.

During the summer Atomik Architecture collaborated with local Almaty practice Bureau Address, to lead a programme called Arman Alma-Ata (Dream of Old Almaty) which aimed to initiate a debate about Almaty’s built heritage, particularly the Soviet architecture of the 1950’s, 60’s, 70’s and 80’s. Over a two week programme, design workshops and public debates were hosted by the British Council, the Goethe Institute and in public places to generate ideas to address a range of issues surrounding Almaty’s built heritage. The project continues and will culminate in the design and construction of a pavilion in Almaty in the summer of 2015, which will draw on the research gathered this year to imagine a new vernacular architecture for Almaty in the 21st century.

During the programme Mike Oades and Derek Draper of Atomik Architecture documented, through drawing, many of Almaty’s buildings, the spectacular and the mundane, some of which are shown here.

More recently the Almaty experience has provided the stimulus for reimagining the London skyline. Observing the way Almatians have occupied their own domestic spaces, often extending their apartments by enclosing the balconies to create winter-gardens, provided the inspiration for Derek’s drawing of Leadenhall Market and 20 Fenchurch Street for 10x10 London – Drawing the City.

10×10 London is an annual charity event that divides an area of the city into a 10×10 grid. The 100 resulting squares are allocated to prominent architects, designers and artists, who create 100 unique perspectives of London, which are then sold at auction to raise funds for Article 25. This year’s auction will take place on the 27th of November at the Shard. Article 25 is a charity that designs, builds, and manages projects to provide buildings for some of the world’s most vulnerable communities.

10 x 10 London drawings can be bid for online until the 27th of November 2014 by following the link below:

To view more information about Arman Alma-Ata and Atomik Architecture’s Almaty drawings follow the links below: