GraphicsRCA: Fifty Years and Beyond 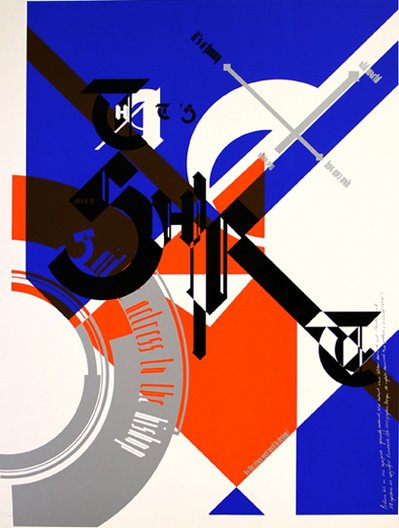 Morag Myerscough, The Turn of the Screw, book of the libretto, 1988 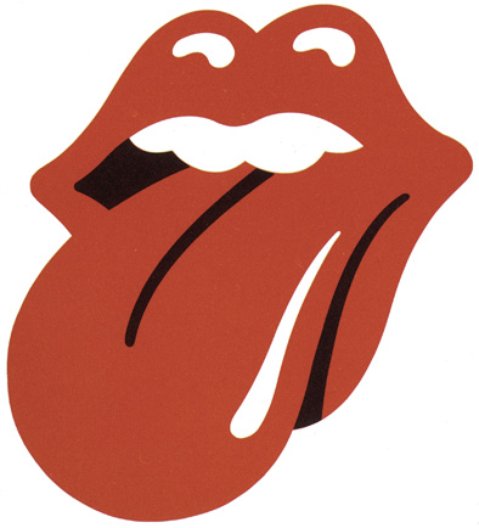 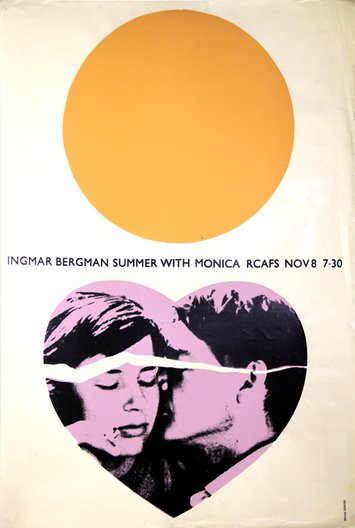 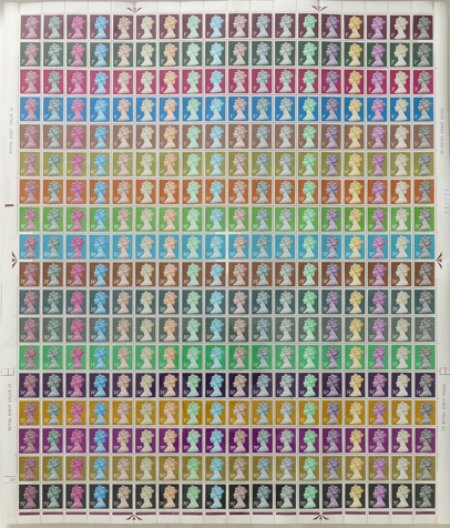 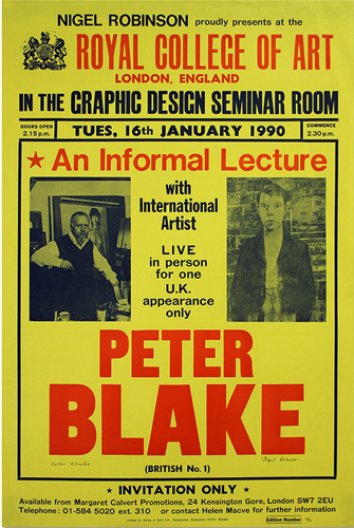 Nigel Robinson, poster for a lecture by Peter Blake, 1990

In 1963, the first exhibition of graphic design took place at the Royal College of Art featuring the work of current and former students.‘GraphicsRCA: Fifteen Year's Work of the School of Graphic Design’ looked back to the founding of the School in 1948, and at the same time attempted to capture the new direction of the profession as it had emerged post-war. Under the guidance of Professor Richard Guyatt the School had promoted a decidedly fine art approach but one that was closely aligned to a commercially determined framework. This marriage between aesthetic sensibilities and industry was signalled through the courses taught at the time: publicity design, television and film design, typography, book production, bookbinding, and illustration (which forged strong links with printmaking). Guyatt explained in the exhibition’s accompanying catalogue, ‘It is on this interplay of the faculties of head and heart and hand that the training programmes in the School of Graphic Design are based.’ (Guyatt 1963: 23)

The exhibition heralded an era that saw graphic design emerge as a major force in both British industry and popular culture. Over fifty years later, graphic design education and the profession again finds itself at a crossroads. The complexity of our contemporary social and technological landscape means the role of design has by necessity evolved. A new kind of industry has emerged predicated on big data, social communication, behavioural change and a plethora of new and paradigm shifting media platforms; and, with this, curricula that foster agility and interdisciplinarity.

Catalogue
An accompanying catalogue will feature new commissioned writings and work which provides a context for where graphic design has been where it is now and what the future might hold. The catalogue edited by Teal Triggs and Adrian Shaughnessy will follow a similar format of the 1963 catalogue with new essays from the editors, commissioned alumni and current RCA students, and will include a series of interviews with noted alumni. There will also be a reprint of Richard Guyatt’s seminal essay’ Graphic Design at the Royal College of Art’, followed by contemporary and future perspectives on graphic design, education and professional practice.

Programme of Events
During the show’s duration, a series of talks and panel discussions will be programmed featuring noted alumni and guest critics who will provide both personal and contextual discussions on Graphic Design and its role in education and professional practice.