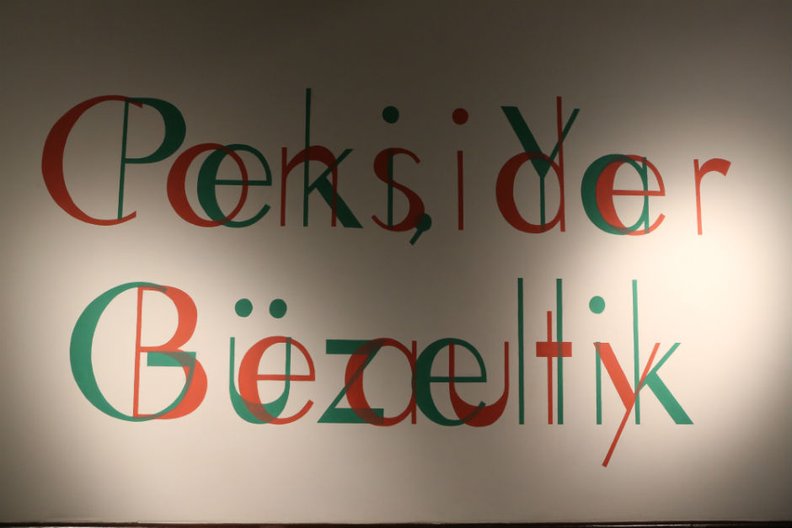 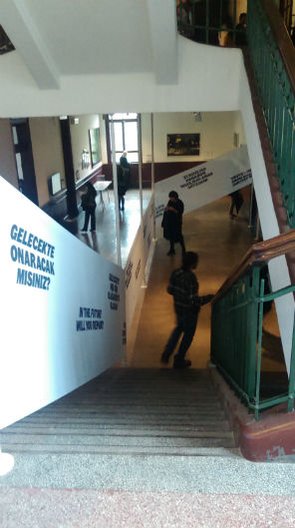 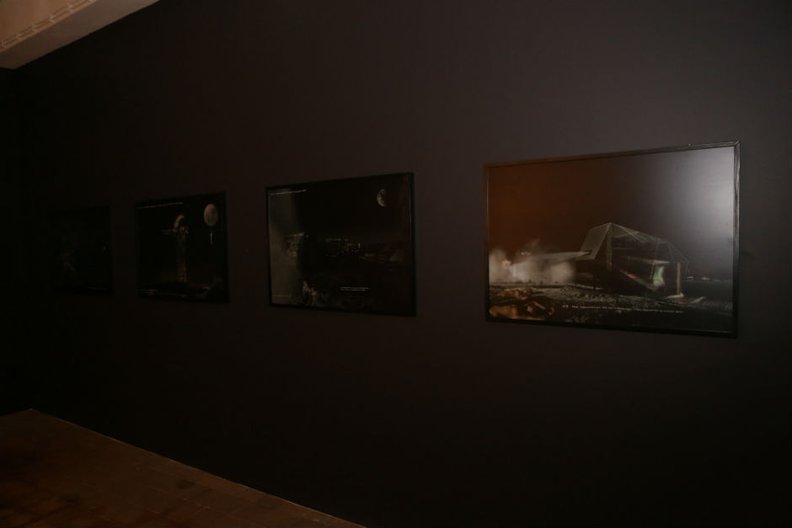 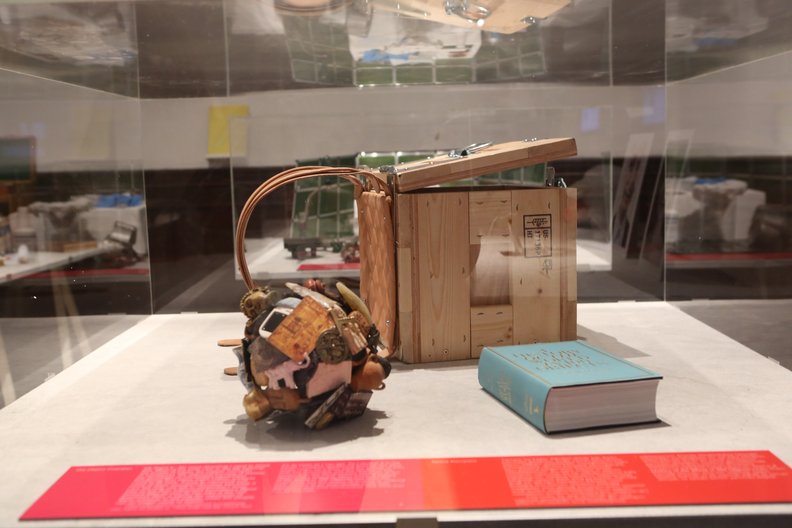 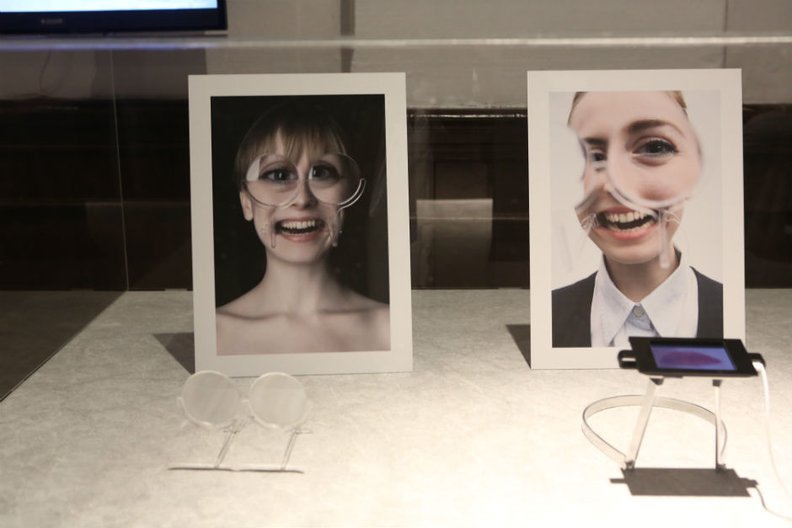 Ownership of the Face. Kristina Cranfeld. 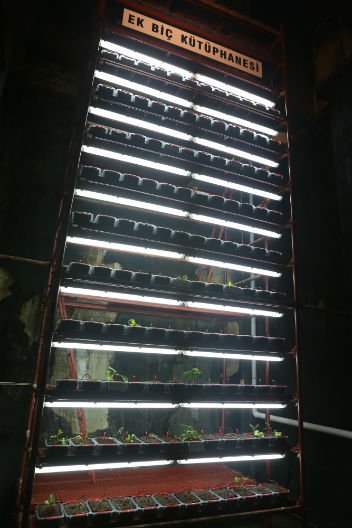 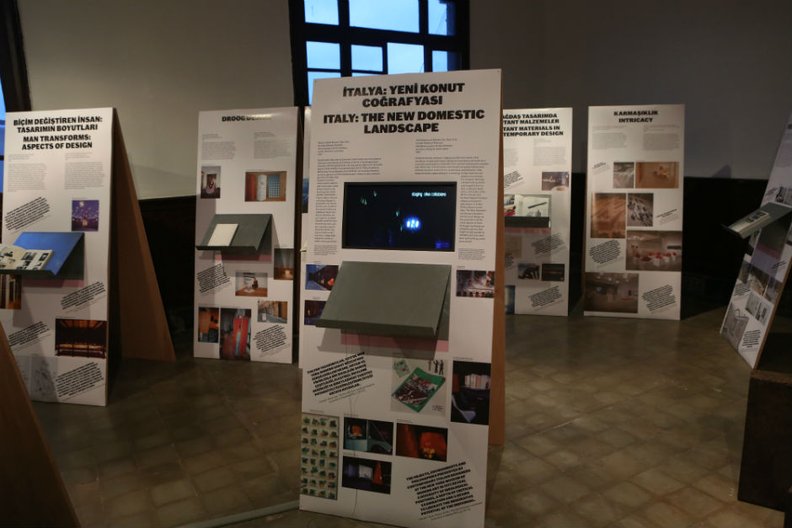 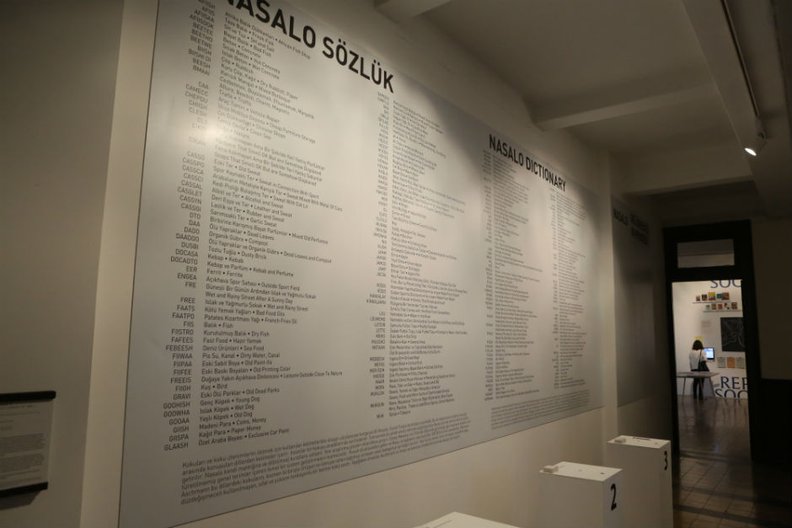 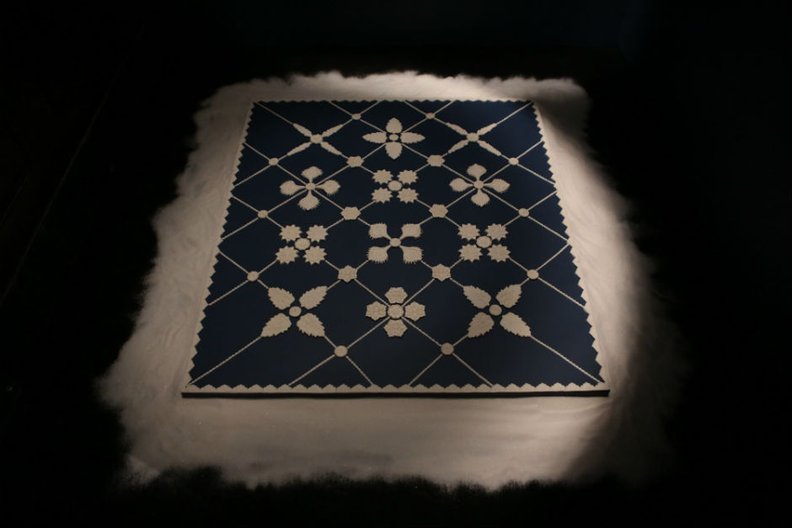 This Sea of Sugar Knows No Bounds. AVM Curiosities.

Wandering around Istanbul you happen upon streets entirely dedicated to individual trades; the route from the tram stop to my apartment in Galata has every light fitting imaginable and hills to put Sheffield to shame. Riding the winding tram line from the airport to Beyoğlu I didn’t feel the same jolt I often get when I reach a new city, something about the pace of the city felt continuous with London. Perhaps not quite as frenetic but there’s a similar tempo to the late night shopping streets, the sleek bars and snug cafes.

I’m here to visit the 2nd Istanbul Design Biennial, curated by Zoe Ryan and Meredith Carruthers and directed by Deniz Ova of ISKV. I met Deniz and Meredith just over a year ago during London Design Festival where they were researching designers and projects, while to them that must seem a distant memory after a further year of intensive work I remember the ways they got into the nooks and crannies of the festival, looking for work that was questioning, exploratory and above all, rigorous. It’s evident from the sheer diversity of projects and designers represented that this is a process they have repeated all over the world - the biennial takes in 200 designers, 53 projects and 20 countries and the work itself is incredibly diverse.

The biennial opened with a press conference, gathered in the central hub of the Galata Greek Primary School there was a refreshing sense of suspense rather than the tinge of cynicism that so often accompanies festivals. But this is a young biennial, growing not so much from a trade event like LDF did from 100% Design or Milan from the Salone and as a result it is very much ideas-based. In fact, the curatorial theme The Future is not What it Used to Be which examines and reconsiders the role of the manifesto in design is self-consciously, and unashamedly, about the importance of ideas.

The stairwells are wrapped with polemic quotes from the participating designers, these graphic gobbets capture the boldness and optimism of the manifesto but this is not without counterbalancing wit and caution. While some work seeks to solve problems and answer difficult questions this civic role of the designer is matched by projects that are about asking the right questions. The curators are careful to acknowledge that the manifestos of the early twentieth century seem monolithic, individualistic and are invariable from a Western perspective yet they also contribute their importance as expressions of collective movements, their conversational nature as responses and provocations to other movements and their pragmatic nature as a tool for designers and artists to the surface.

So on the one hand Mansour Ourasanah suggests a solution to our shortage of protein in the Art of Growing Grasshoppers and Christian Boer shows a typeface that is more readable to those with dyslexia and on the other Clio Capielle’s darkroom installation, a ‘decompression unit’ navigated by torches, questions our relationship to sleep. There is a pointed sense of dystopia in her Incomplete Manifesto for Nightime which is echoed in New Survivalism by Jessica Charlesworth and Tim Parsons, a series of bags with survival kits and the witty Ownership of the Face by Kristina Cranfeld a contraption which stretches the face into a comical forced smile. Inherent in the manifesto is a dissatisfaction with the status quo and a fear of an inadequate future – as summed up Paul Valery’s quote and the title of the biennale ‘the future is not what it used to be’.

The manifesto is also envisaged as a call to action, a performative act. Repair Society asks us to fix rather than replace and Something and Son’s Growing Manifesto creates a living manifesto which will continue to run in Istanbul beyond the biennale. In one of the opening panel discussions on the subject of manifesto’s Zoe Ryan talked about the pressure the curatorial team and placed on themselves to consider consequences within the designers manifestos, to understand them not only as statements but as injunctions that would result in further actions and perhaps unexpected responses.

There is also an important effort to move the manifesto away from writing and discourse. Exhibition as Manifesto addresses the tacit manifestos made by designers and design curators in the last 50 years from This is Tomorrow to Memphis  and of course the biennial as a whole posits work as manifesto. The object itself, an action or process can be a different, but equally powerful, statement. Several projects look at better modes of expression, Sissel Tolaas’ dictionary of smell offers a whole new lexicon. Indeed, the drive to connect is present across the biennial, these manifestos are eager for responses and critiques and a common language for design.

Undoubtedly social, political, economic and ethical issues are present in the manifesto as a form and are prevalent in the biennial. Discussing first impressions with other visitors there seems to be a feeling that the biennial could have contended with the specific political and social context in Turkey in a more overt way. I think that the balance of addressing social and political concerns with the caution of avoiding making design a blunt political instrument is measured and intelligent. There is a danger in the expectation that design can solve all social ills and a great pressure on the designer when they are regarded as a civic agent. This perspective strays into the same territory that the Victorian novel did, placing the burden on the literary arts to be a moral compass, the following Wildean critique of this campaigning literature reminded writers that they were writers as much as they were social and political commentators.

There are two particular moments in the exhibition at Galata Greek Primary School which address the responsibility of design towards the aesthetic: AVM Curiosities' temple to historic sugarcraft and Tasha Mark’s accompanying quote on the ability of design to ‘create a sense of wonder’ and in Studio Frith and Thirteen Ways project Consider Beauty which simply asks us to do exactly that. Stamped on napkins, coffee cups and out in the streets this call is a simple but firm reminder that design is not only pragmatic, not only a tool but also an offering from one being to others.