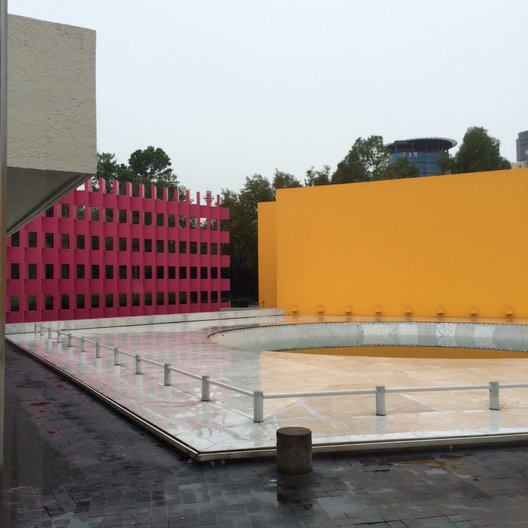 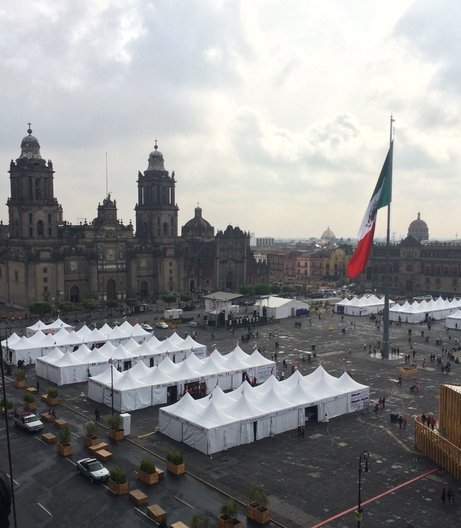 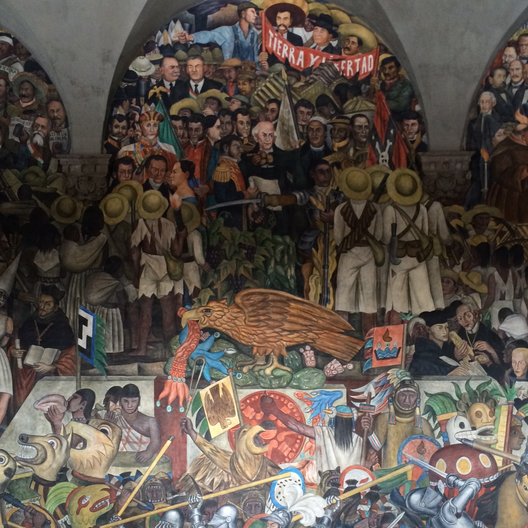 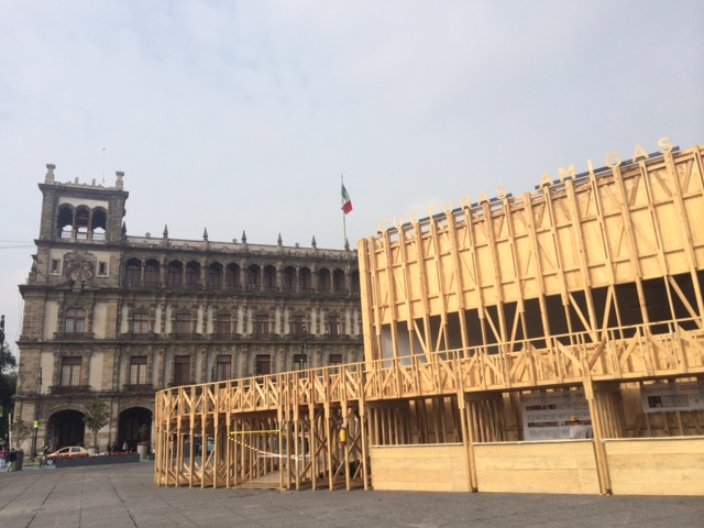 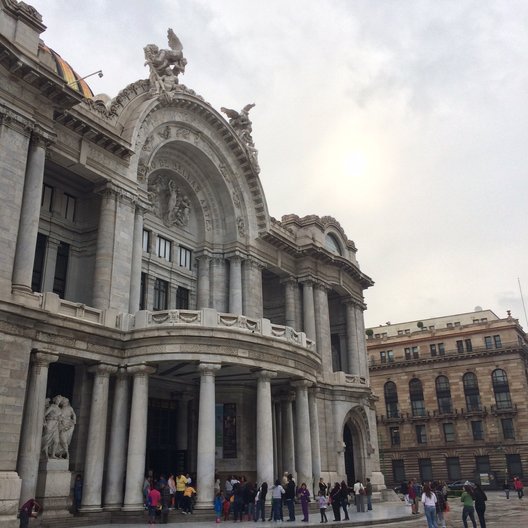 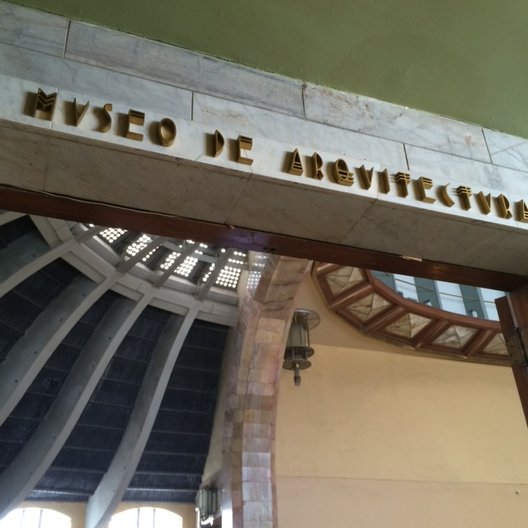 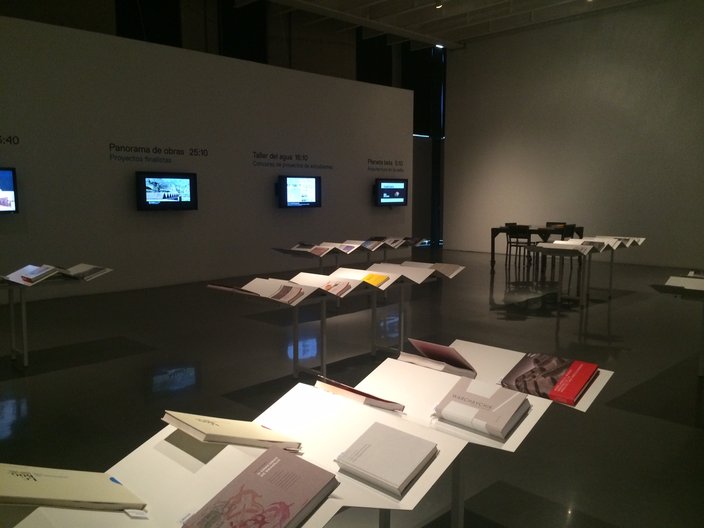 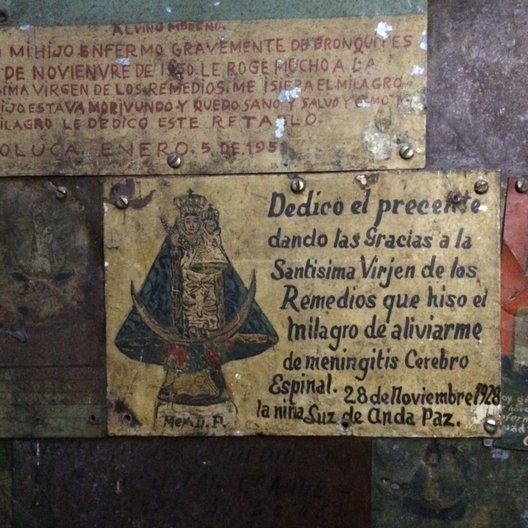 As João Guarantani, from the ADF team, travels to Mexico for a 1-week scoping visit to explore potential projects and partnerships for the upcoming UK/Mexico season in 2015, he writes about his experiences, people and places he encounters along the way.

Still on the plane, I’m met by the sight of one of the world’s largest metropolises, Mexico City. But before the endless patch of buildings and roads engulfs the whole panorama, the enormous pyramids of Tenochtitlan almost miraculously come into view and I feel welcomed by a country I have always wanted to visit. And once I finally leave the plane, I immediately feel a sense of connection to the city as we drive out of the airport through the pouring rain – it reminds me so much of my hometown, São Paulo.

I am lucky to be staying in one of Mexico’s most iconic hotels, the Camino Real, which is itself a beacon of Mexican 20th century design. Designed by Ricardo Legorreta, it evokes a sense of optimism and confidence only something built in the 1960s can possess. Legorreta was a pupil (and later, collaborator) of Luis Barragán, arguably Mexico’s most famous architect. The hotel is a large, mostly horizontal complex, made up of stark white volumes and openings, accentuated by explosions of pinks, yellows and blues. It was built in the run up to the 1968 Mexico City Olympic Games, itself another important chapter in the history of design, with its emblematic poster still inspiring – and intriguing – designers around the world to this day.

My week is packed with a full programme of meetings and visits, so I take the opportunity to meet with friends of friends on my only ‘free’ day in my week-long visit.  It’s an early start and by 8:30am we’re at Zócalo, Mexico City’s main square. We ascend to the top of the Gran Hotel right on the square, and are met by a breath-taking view of the square at the heart of the country, surrounded by the Cathedral and the main government buildings, including the Palácio Nacional and its impressive Diego Rivera murals. As we return to the street, Zócalo is alive with hundreds of families who have descended on the square from all corners of the city to enjoy their Sunday. They are all here for a sort of festival of nations, with stands selling food and souvenirs from various countries. The complex of stands is organised around a central temporary pavilion which works as a hub for the festival. It’s an elegant wooden structure, designed by Mexico City’s Productora Arquitectos. It’s wonderful to witness the city’s heart being taken up by its people and it reminds me of what public spaces are really for.

We then go on a walking tour of Centro Histórico, wandering streets that combine ancient ruins with colonial buildings too heavy for their own foundations. My friends kindly agree to tick off as many highlights as possible on my list of museums, historical and architectural gems I’ve been longing to see, as well as other rather fortuitous chance encounters: Palácio de Bellas Artes with its contradictory combination of a wedding-cake exterior and an imposing, almost austere Art Deco interior; the Museo de Arquitectura featuring a great exhibition on Spanish architects who escaped Franco and made of Mexico their new home; a beautiful presentation of the 8th Bienal Iberoamericana de Arquitectura y Urbanismo at Centro Cultural de España; and an extensive exhibition at the historical Palácio de Iturbide mapping the development of Mexican architecture between 1900 and 2010.

After a dinner of taquitos washed down with mezcal, we head to the slightly surreal Basilica de los Remedios, set atop a hill overlooking the city. It’s the main church in a pueblo once far from the capital but now engulfed by it. Like so many churches I visited as a child, this is a pilgrimage site where people come to thank Nuestra Señora de los Remedios for miracles attributed to her. In the cloister next to the church, there are countless ex-votos: photographs of loved ones, notes, letters and drawings brought by believers to thank the Virgin for her miracles. I feel the drama these objects evoke permeates life here, and Mexico’s visual culture is also heavily influenced by them (Diego Rivera and Frida Kahlo famously owned a collection of ex-votos and often used them in their work).

As the day comes to an end, I am filled with excitement and a sense I have seen a bit of ‘real’ Mexico. I am now about to embark on a journey to discover the best of Mexican design, architecture and fashion. But there is a lot more to discover – a lot more than I could ever do in one week.