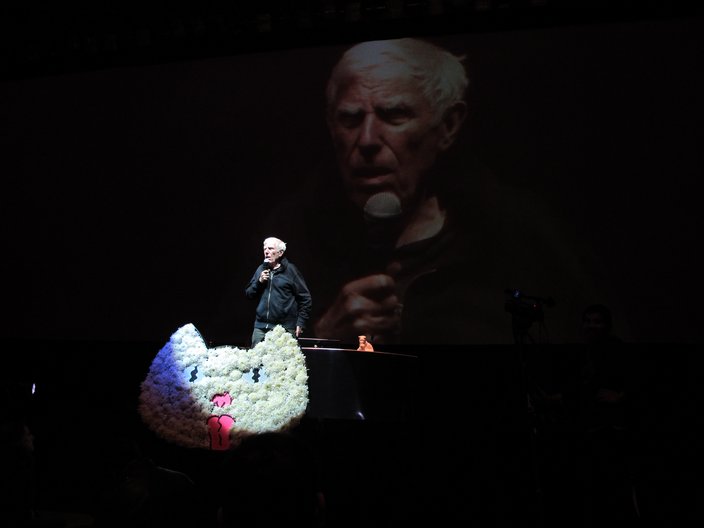 TRImarchi Diseño Gráfico (TMDG) is where the new generation of designers has its own meeting place. It was set up 13 years ago by two young argentine designers, Pablo Gonzalez Diacuteaz and Sebastian Valdivia (also known as Acampante, the musician and VJ). For a taster of this year's festival, see this short video.

TMGD has grown quickly and transcends graphic design. It's an annual event for different visual fields that brings together thousands of young people from the Latin American design community in a stadium each year.

An example of genuine self-management promoted by UNESCO as a leading case based on the fact that their founders were 18 and 19 years old when they started the project.

This year, British Council Argentina started a partnership with TMDG to develop a UK focus in the Festival. And the best way to kickstart this collaboration was to invite Bob Gill, founder of Forbes, Gill, Fletcher, and Pentagram. Now 83 years old, Bob travelled to Mar del Plata in Argentina to show his young spirit by delivering an inspiring workshop and a lecture that made over 5,000 people!