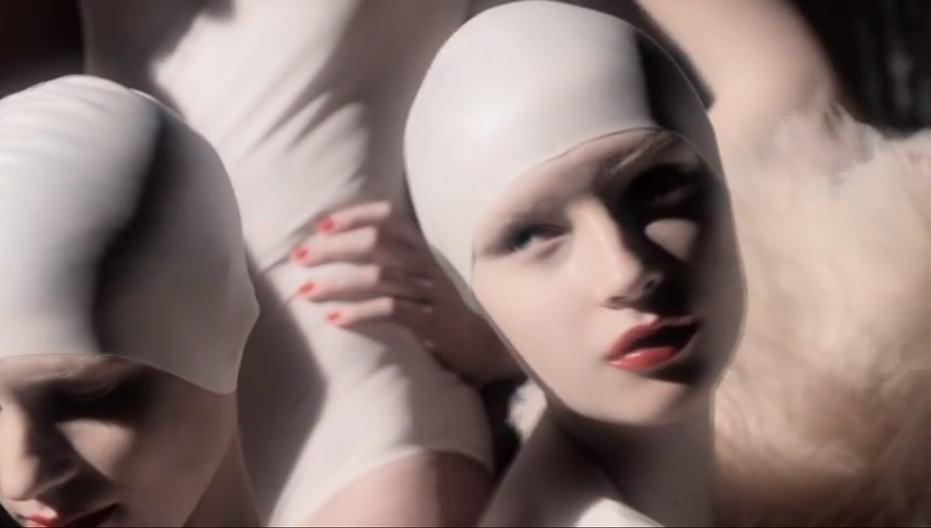 Curated by filmmaker Kathryn Ferguson and designed by System Sovereign X Fuur, Dressing the Screen: The Rise of Fashion Film will explore the origins, history and pioneering role UK filmmakers and designers have played in the development of fashion film. An official fringe event of Digital Fashion Week (DFW) Singapore 2013 - British Exchange, Dressing the Screen is supported by the ICAS and LASALLE. It will open to the public on 28 September 2013 and run for four weeks in the lead up to Digital Fashion Week Singapore.

Featured designers and filmmakers will include SHOWstudio’s Nick Knight and Ruth Hogben, Quentin Jones, Vivienne Westwood and Henry Holland. Pivotal moments in fashion, film and technology - from pre-internet early experiments such as the early films of Ossie Clark, Zandra Rhodes and Mary Quant - to visionary technological advancements by filmmakers such as Sølve Sundsbø and Bart Hess will be displayed. Including rare and unseen archive material, the exhibition also explores the ground breaking work of female filmmakers and how they respond to shooting the female form with work by Marie Schuller, Sarah Piantadosi, Amanda Boyle for Mulberry and Elisha Smith-Leverock.

Kathryn Ferguson, Exhibition Curator, said: “From online virals to fashion blogs and platforms, the growing thirst for fashion imagery seems unstoppable. The latest installation of Dressing the Screen will include new developments with a section entitled The Female Gaze which will explore how the female image-maker shoots the female form, and a section that focuses on Narrative and Innovation.  The exhibition reflects the departure from the aesthetically driven moving look book style of the past towards films driven by narrative and concepts shaped by new technologies.”

Commissioned by the British Council, Dressing the Screen is an on-going fashion film project which has run in 10 countries including China, Bosnia and the Phillipines; bringing together British and local filmmakers and designers to create new fashion films. Our fashion film programme includes workshops, screenings and exhibitions. Following Digital Fashion Week Singapore, subsequent versions of the exhibition will continue to tour internationally.