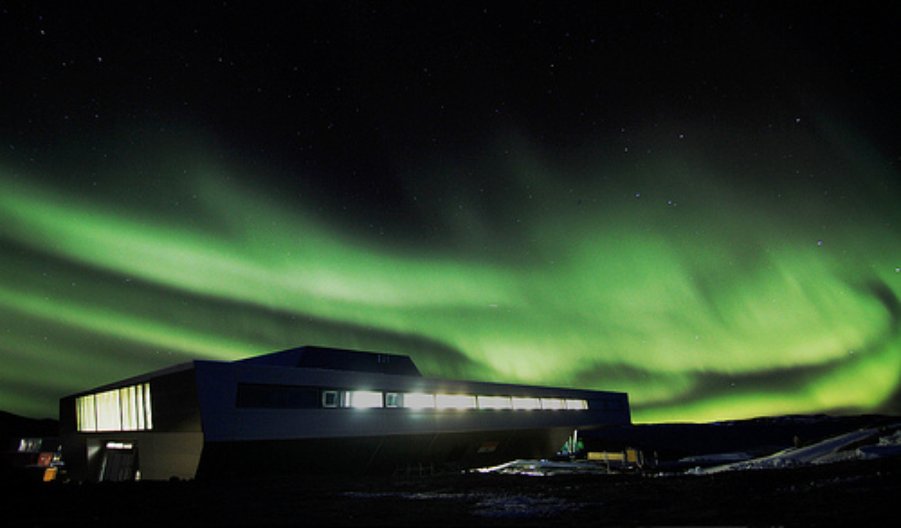 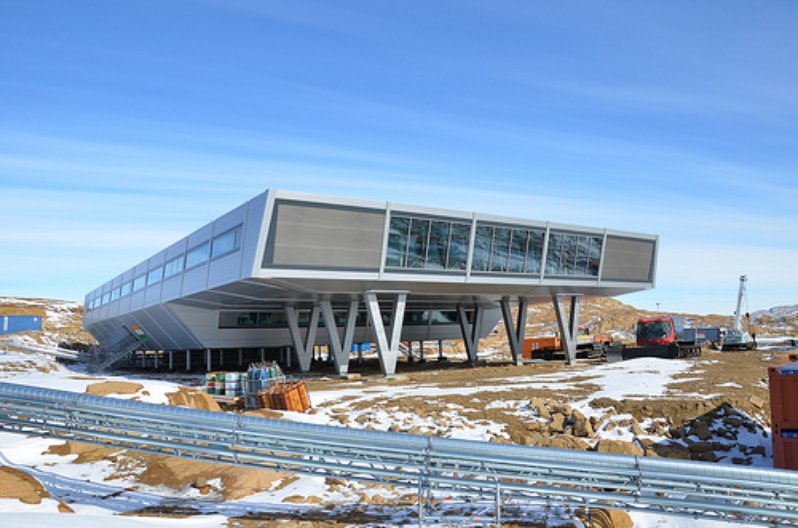 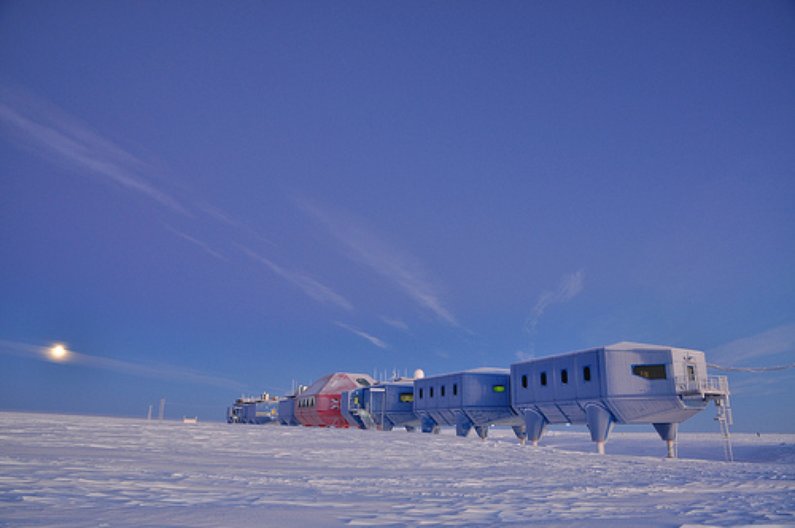 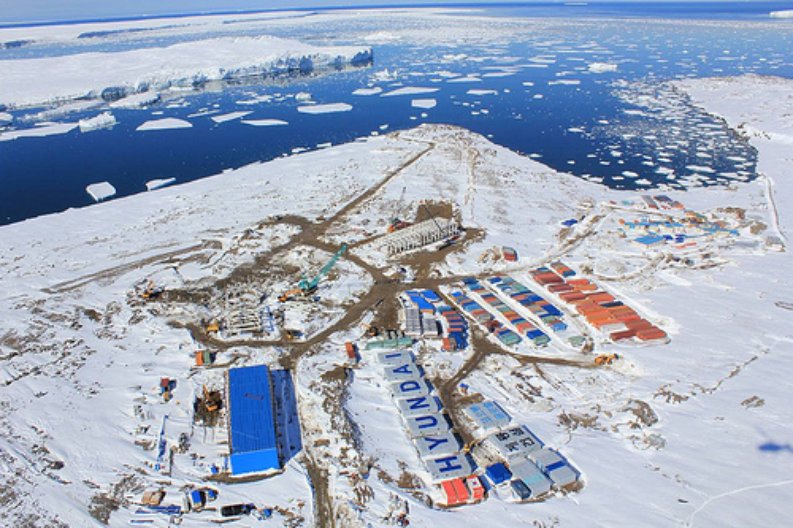 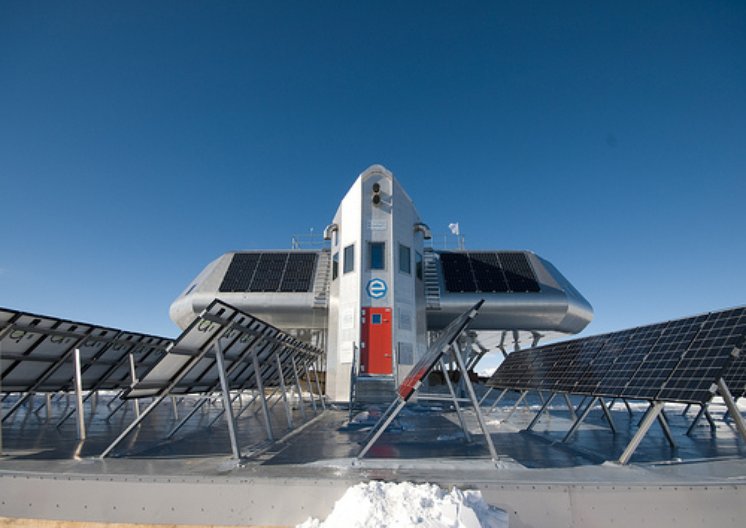 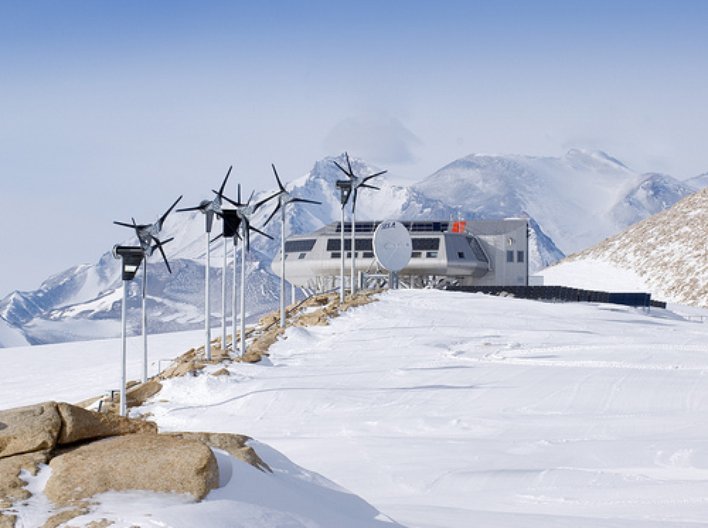 Commissioned by the British Council and curated by the Arts Catalyst,Ice Lab: New Architecture and Science in Antarctica is a new international touring exhibition that will illustrate how innovative contemporary architecture is enabling scientists to live and work in one of the most extreme environments on our planet.

The exhibition features five imaginative designs for Antarctic research stations and opens at Architecture and Design Scotland, The Lighthouse in Glasgow from 26 July to 2 October 2013 before touring to Manchester Museum of Science & Industry (21 October - 2 March) and then internationally. From the newly opened British Antarctic Survey’s Halley VI Research station to the speculative Iceberg Living Station, Ice Lab will give visitors a unique view of the inspiration, ingenuity and creativity behind architecture in the coldest, windiest, driest and most isolated place on earth.

The first exhibition of its kind, Ice Lab will include architectural drawings, models, photographs and films that give the visitor a sense of what it takes to live and work in Antarctica. Sources of inspiration for the projects including original drawings from Archigram’s ‘Walking City’ will be on display as well as a new commissioned light and audio work by international visual artist Torsten Laushmann. The Glasgow-based artist will create this work in collaboration with ‘We Made That’, the exhibition’s designers.

Ice Lab will highlight the diverse and cutting edge science that takes place on the frozen continent – from collecting 4.5 billion year old meteorites that illuminate how the solar system was formed to drilling ice cores whose bubbles of ancient air reveal the earth’s climate history; from cutting edge astronomy peering into the world’s clearest skies to studying its Dry Valleys, the closest thing to ‘Mars on Earth’.

Jang Bogo Korea is becoming a significant player in Antarctic research and Jang Bogo, by Space Group (South Korea), will be one of the largest year-round bases on the continent when it opens in 2014. The station’s aerodynamic triple-arm design will provide resistance to the elements and accommodate up to 60 personnel during the busy summer season.

Iceberg Living Station A speculative design by MAP Architects (Denmark) for a future research station made entirely from ice, Iceberg Living Station negates the need to transport foreign materials to Antarctica. The station will be holed out of a large iceberg, using caterpillar excavators that are traditionally used to clear snow. It will eventually melt, resolving the issue of removing it at the end of its life course.

An events programme will run alongside the exhibition including film screenings, talks and workshops in architecture, design, art and science.

Vicky Richardson, Director Architecture, Design, Fashion at the British Council, said: “The new wave of Antarctic research stations show the inventiveness in design and engineering required to build in Earth’s most extreme conditions. In the same way that scientists from around the world collaborate in Antarctica, these buildings are made possible by cooperation between nations, so it is highly appropriate that the British Council should be commissioning this exhibition, which will tour in the UK before travelling overseas.”

Jim MacDonald, Chief Executive of Architecture and Design Scotland, said: “It's great that we’re hosting the premiere of this fascinating exhibition. By exploring a series of innovative building projects in one of the harshest climates on earth, the exhibition can help us develop ideas on sustainable design for our own changing and challenging climate. We hope as many people as possible take this opportunity to see the innovation and ingenuity shown in these amazing projects.”

Manchester (during the opening of Manchester Science Festival)

*EXTENDED UNTIL 2 MARCH DUE TO POPULAR DEMAND