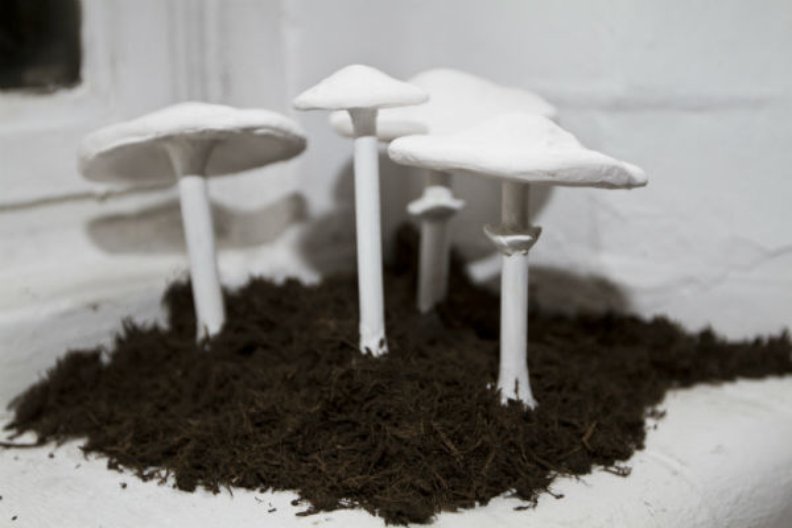 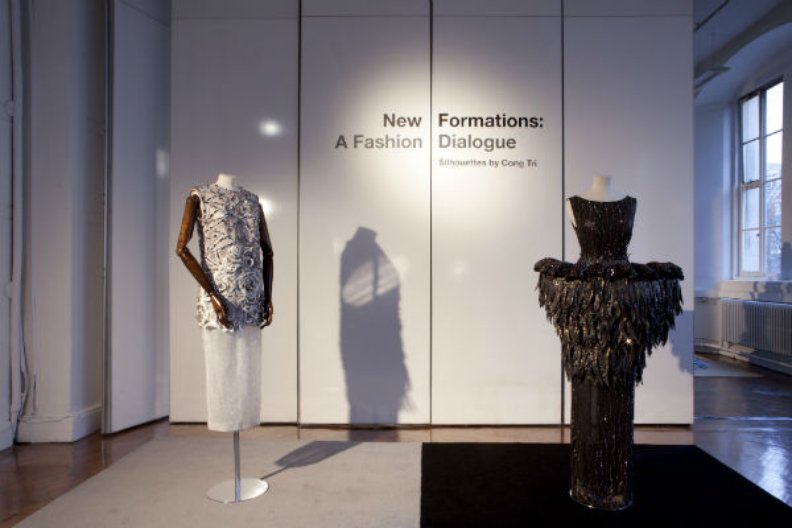 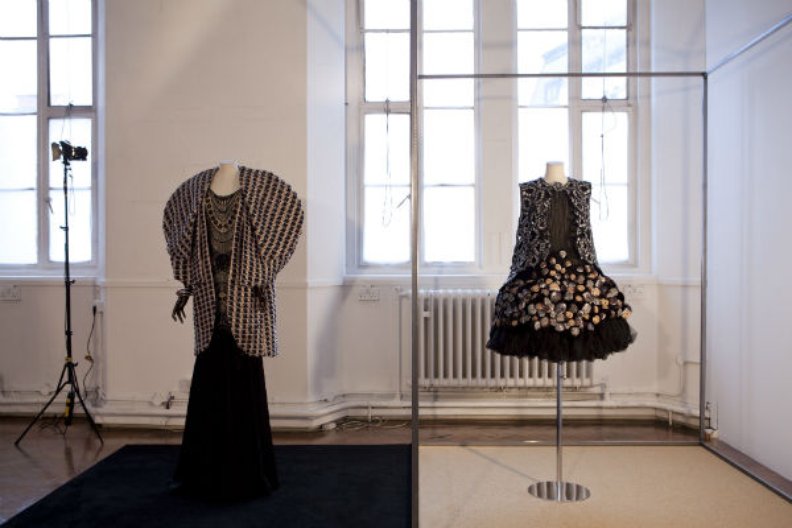 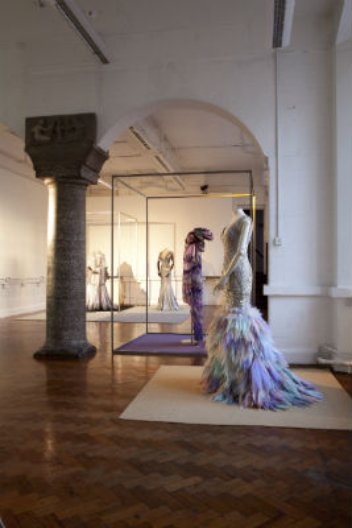 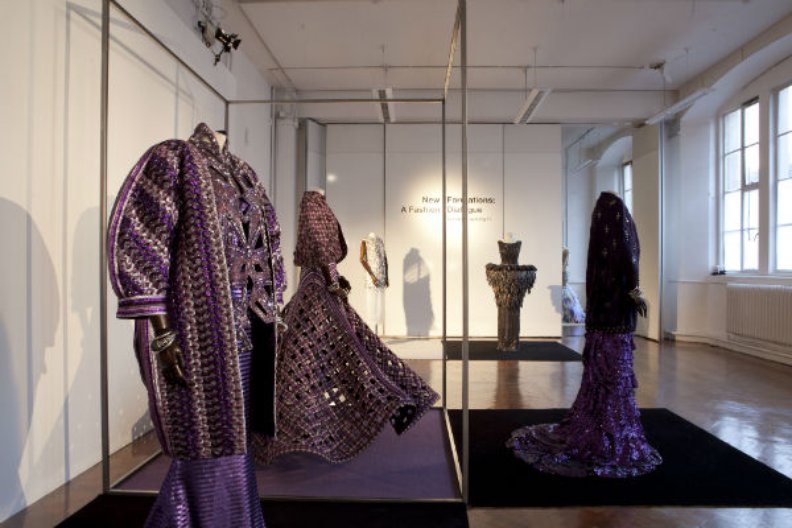 The International Fashion Showcase is a collaboration between the British Council and the British Fashion Council. It was launched in 2012 and took place for a second time in parallel with London Fashion Week in February 2013. The project aims to foreground the work of emerging fashion designers from around the globe. However, behind the work of these emerging designers there are a team of curators and exhibition designers who bring the stories behind their work to life. Gemma Williams curated the Vietnam Fashion Showcase New Formations: A Fashion Dialogue which was shown at the Former Central Saint Martin’s College of Art and Design on Southampton Row between 14 – 20 February 2013. She writes for Back of the Envelope about her experience of being involved in the International Fashion Showcase 2013.

The International Fashion Showcase is now in its second year and has expanded to include 27 countries. I was invited to curate an exhibition for the Embassy of Vietnam showcasing the outstanding work of Haute Couture designer Cong Tri, based in the urban metropolis of Ho Chi Min City.

With a background in styling, Cong Tri is a self-taught visionary within the burgeoning Vietnamese Haute Couture fashion network. The exhibition, New Formations: A Fashion Dialogue, aimed to explore Vietnam's rich cultural history through the fashion silhouettes of a single designer whose work acts as exemplars of his unique interpretation of the past.

The narratives and themes of exhibition evolved from intensive dialogues which took place between the design team and myself. While the designer understands English he does not speak it and so over a number of weeks I liaised with his assistant, Ly Chung, based in Florida at the time, making this an truly international collaboration operating across many different time zones and social networks! These conversations became so vital to the show that I was eager to make an explicit reference to this process within the exhibition title. As these dialogues developed Cong'sTri's design process was unfurled - namely his unique relationship to Ao Dai, the National dress of Vietnam for centuries, his connection to the natural environment and continued use of nature as a source of inspiration and his belief in fulfilling the wearer's destiny - all of which reiterate his very singular standing within Vietnam's contemporary fashion industry. The collection on display in London, entitled No. 6, draws from nature and the patterns found in the natural environment, which inform his appropriation of shape and structure while his affinity for the Ao Dai enables him to retain his link with the past and integrate it with his interpretations of contemporary Western design.

When the garments arrived from Vietnam it was quickly evident that images could not do justice to the laborious hand techniques used in their construction while the intensive materiality of each individual piece represents the original aesthetic outlook of Cong Tri. Each look had a powerful visual impact, evoking the shapes naturally occurring in the environment such as the humble mushroom, which for the designer, embodies the contradictions of nature. Conversely these garments have taken craftspeople hours to construct and he is personally responsible for passing on new approaches and techniques to his team. His strong and distinct vision is tangible in these impressive garments which while on display act as signifiers of the intensive handcrafting industry in Vietnam. His techniques include interlacing, iron-pleating by hand, knitting, laser cutting, hand-painting, trimming, fringing, embroidery, weaving, beading, embellishing and appliqué which are all evidenced to radical effect in the collection.

Working with exhibition designer, Joana Filipe, the installation aimed to reflect and interact with the chosen venue, in as restrained and precise an intervention as possible. The venue, the Former Central Saint Martins College of Art and Design at Southampton Row was transformed into a hub of Embassies with 4 countries offering different landscapes of fashion. For this exhibition the chosen looks on display were refined from 40 to 13 looks and placed within distinct themes. Sleek metal cubes contrasted with and accented particular looks, while subtle gestures were expressed via the articulated arms of the stockman mannequins. Colour is another important facet to the designer's vision and subtle shifts of colour were utillised inside the display, which also featured references to nature like the plaster cast mushrooms 'growing' out of the walls and ledges. What was really vital about the display was allowing the clothing to speak to the audience and the final room represented the drama and theatricality of the designer. Inside this constructed 'black box' the single dress on display was a tour de force of hand-made and applied pink ruffle flowers with laser-cut centres applied on a full-length metal lined bustier ballgown. Through this artifice the catwalk was referenced as well as the 'heartbeat' of the collection, which was hopefully an unexpected twist in the tone and comprehension of the show.

I would like to especially thank Cong Tri, Ly Chung and his team for their assistance and kindness throughout this project as well as the British Council Offices in London and Vietnam, as well as the Embassy, for their fantastic support.

Gemma Williams currently co-manages Fashion Space Gallery and its 2012/13 programme of exhibitions and events at London College of Fashion and works with a team of interns and graduates some of which come from the MA Fashion Curation at the college. In conjunction with her role at Fashion Space Gallery, her next exhibition Second Nature explores Fashion and Nature and opens at the Pitzhanger Manor on May 16th 2013 while she is also curating an exhibition on emerging Irish designers which will launch at the Embassy of Ireland on June 26th 2013.