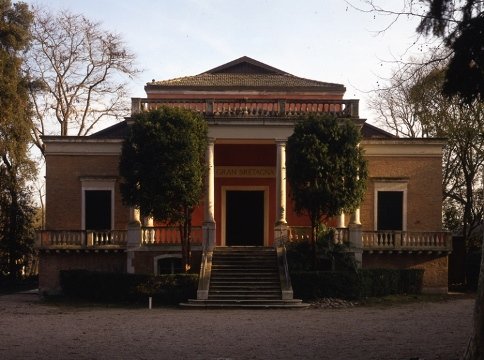 The British Council today announced details of the winning proposal for the British Pavilion at the 14th International Architecture Exhibition, La Biennale di Venezia. The Biennale will take place from 7 June to 23 November 2014. The title of the 2014 Biennale is “Fundamentals” and overall Director Rem Koolhaas has called on national pavilions to respond to the theme “Absorbing Modernity: 1914-2014”.

The project is titled A Clockwork Jerusalem. The team comprising FAT Architecture, Crimson Architectural Historians and Owen Hatherley have outlined their plans:

'A Clockwork Jerusalem and will explore how the international influences of Modernism became mixed with long standing British sensibilities. It will examine how traditions of the romantic, sublime and pastoral, as well as interests in technology and science fiction were absorbed to create a specifically British form of Modernism.

We will focus on the mature flowering of British Modernism, the moment it was at its most ambitious socially, politically and architecturally. But also the point that witnessed its complete collapse.

Research will concentrate on large scale projects and planning where architecture was central to manufacturing a new vision of society at a scale inconceivable in today’s Britain. It will focus on how and why a particular version of British Modernism emerged, distinct from International Modernism. We will explore how the modern future of Britain was built from an unlikely combination of interests and show how these projects have changed our physical and imaginative landscapes.'

Vicky Richardson, Director Architecture, Design, Fashion, British Council, said:  ‘We look forward to working with FAT, Crimson and Owen Hatherley on ‘A Clockwork Jerusalem’. The Selection Committee felt their approach was both challenging and poetic, and that their work will make an important contribution to understanding modernity in British architecture.’