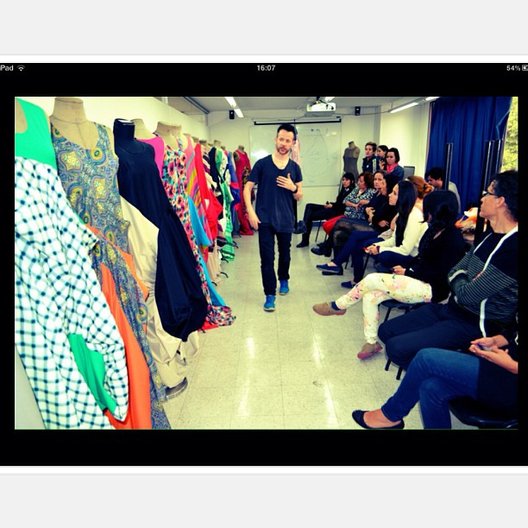 20 dresses in 3 hours by students from LaSalle in Bogota, Colombia 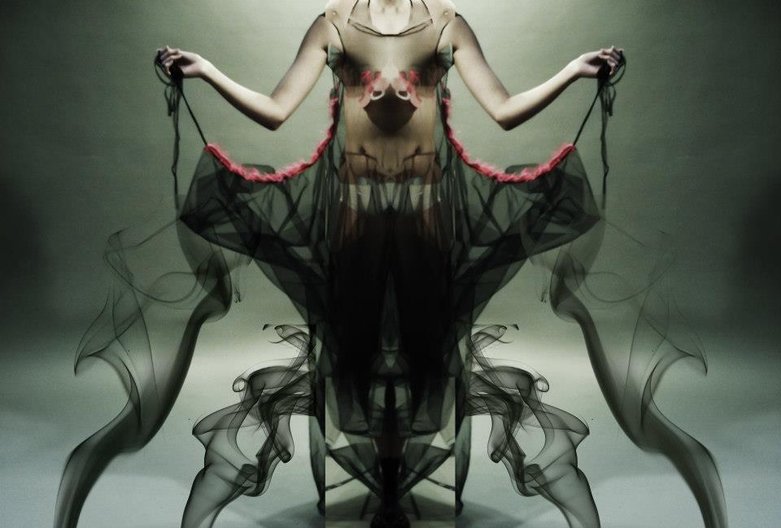 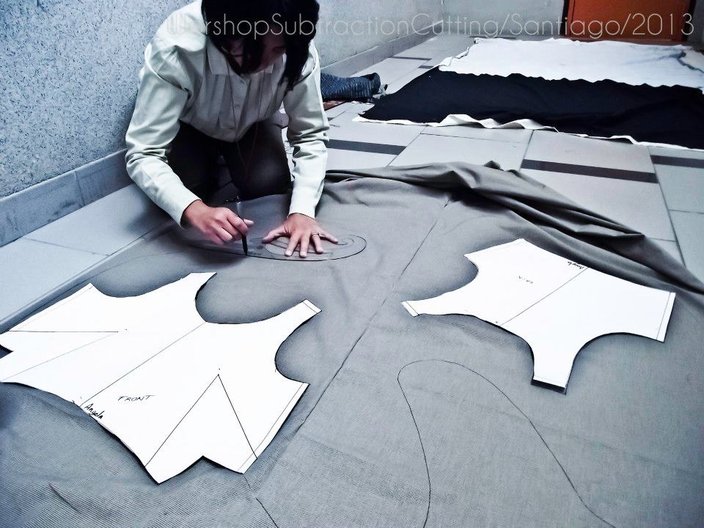 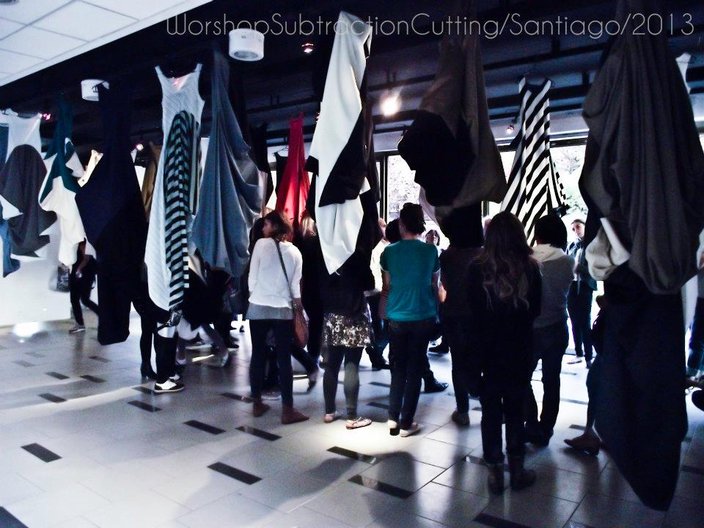 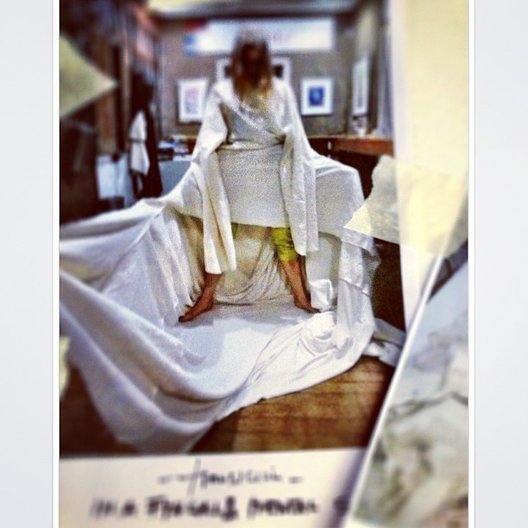 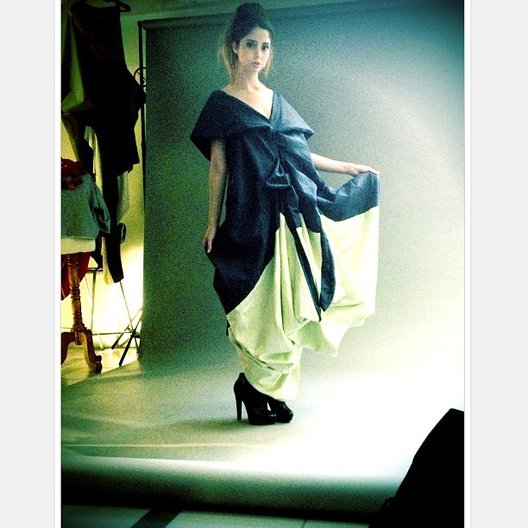 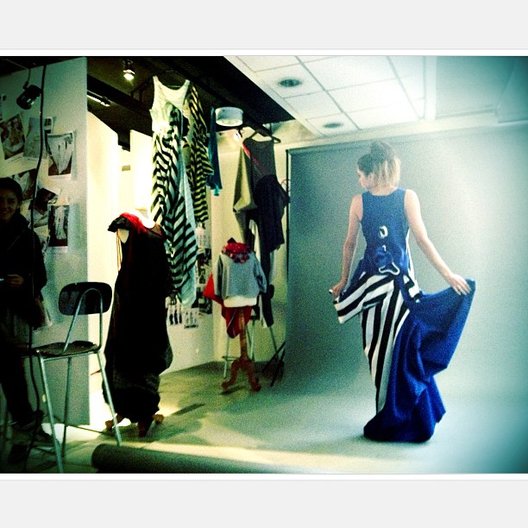 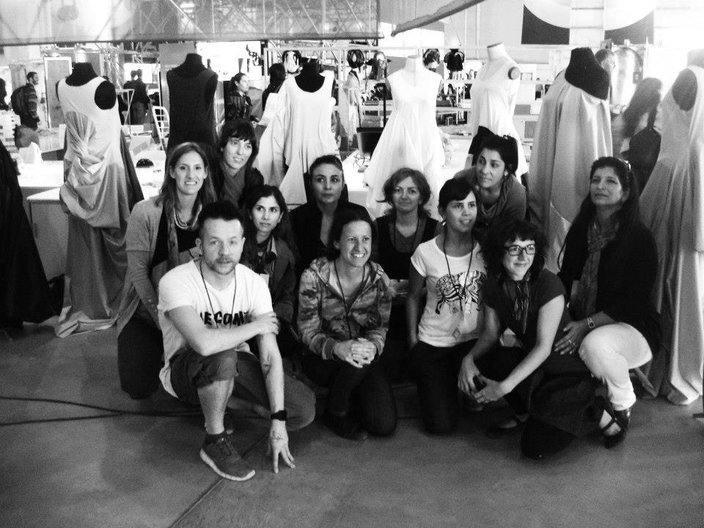 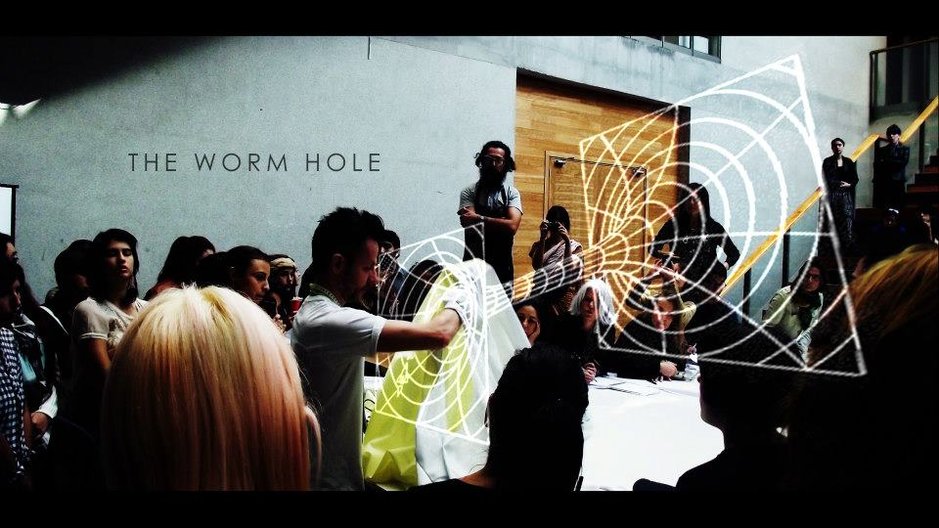 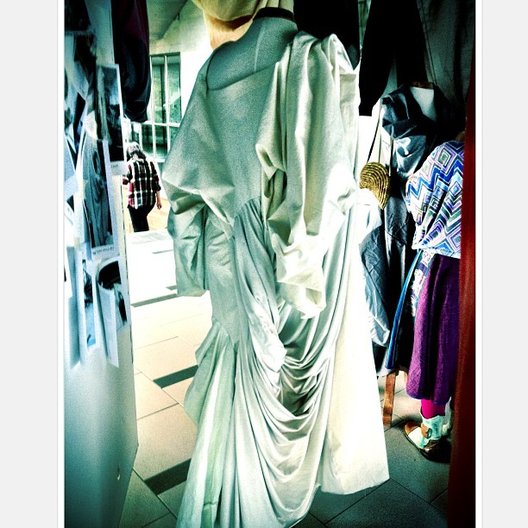 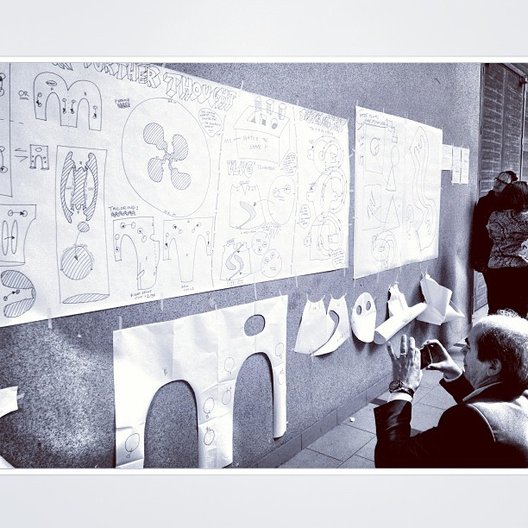 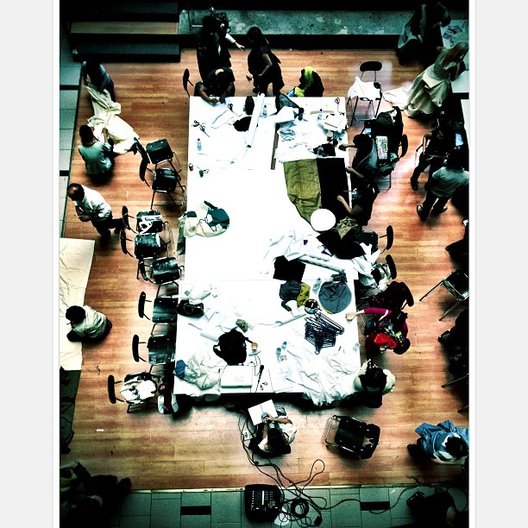 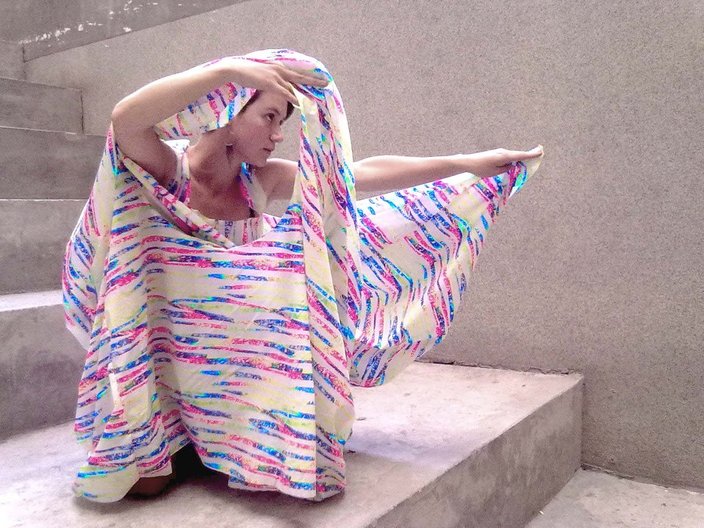 For nearly a year, our team in the British Council's Architecture, Design, Fashion department was graced with the company of Julian Roberts - pattern-cutter, educator and formerly our fashion adviser.  Julian has had the great opportunity to travel the world giving workshops and demonstrations on a type of pattern-cutting of his invention called Subtraction Cutting.  Most recently, following his time at the British Council, Julian travelled to South America to hold a series of workshops at universities in Buenos Aires, Argentina; Santiago, Chile; and Bogotà, Colombia.

In a film made recently for the British Fashion Council’s ‘Creative Cutting Forum’ at Somerset house in April 2013 Julian explains the nature of his work as being nomadic and documentary.  He wants to make the technique accessible to as many people as possible for free.  His workshops invite the audience to participate and take the ideas further.  The idea of sending him on tour to another continent seems very natural. The result has been a wealth of images and stories exploring pattern-cutting, and literally hundreds of garments produced by local participants.  These have since been displayed locally in exhibitions and photo shoots.  So what makes Julian’s process so interesting?

The Subtraction Cutting technique is different from conventional pattern-cutting in three primary ways.  Firstly, it looks at the hollow space that the body occupies and starts from the inside-out using negative space. The negative space is subtracted from the cloth rather than added.  The technique is approached from an aerial and frontal elevated viewpoint at the same time, subverting traditional pattern-cutting geometries.  Finally, there are few numerical elements used – there are no rulers or tape measures.  The designer or maker uses their own body as a guide and therefore becomes incorporated into the garment.  The technique allows makers to create a garment which has never before been cut.  It moves away from the contemporary trend in design education for clothing to start from drawing and the designer as being separate from the maker.  It pushes the boundaries of making by promoting reverse-engineering, deconstruction and 3-D modelling, while reminding that a cutter is a designer who makes things rather than a designer who cannot make things.

The British Council’s Director of Architecture, Design, Fashion, Vicky Richardson, was in Buenos Aires during Juilan’s workshop at Mercado de Industrias Culturales Argentinas and  said, “It was great to see Julian in action at MICA in Buenos Aires. In the space of a few hours he had produced several amazing garments. Keeping up a dialogue as he worked, Julian described how ‘Subtraction Cutting’ came about – through investigating how to reconnect design with making. Apart from being a skilled designer/maker Julian questions the rules about what is right and wrong in design, and puts forward a radically different approach.”

The open source nature of the method, which advocates knowledge sharing, embodies much of the British Council's mission in a very aesthetically pleasing way. The students of his workshops are liberated from the preconceptions of fashion and pattern-cutting and are urged to experiment and create.  What’s interesting about Julian’s tour of South America is to see the different responses and outcomes in different countries to the ideas presented, but also the question of where they will lead the designers next.