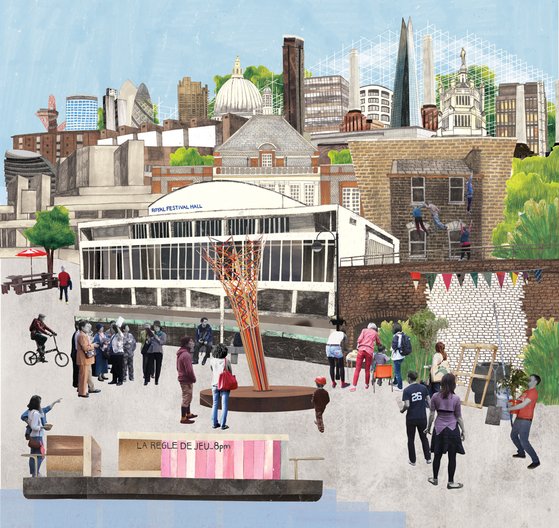 The programme for the now annual London Festival of Architecture, which kicks off in June, has just gone live on the LFA website. Initiated as a month long citywide exploration of London’s built environment, the Festival is packed with daily events including walks, talks, films and exhibitions. Some highlights include a train tour of railway stations designed in the 1930s and a ‘build a city’ game at the University of East London.

This year’s theme is ‘a time for architecture’ in the city and will incorporate a programme by invited Festival Partners from leading organisations involved in the promotion and celebration of London as a global hub for experimentation, thinking, learning and practice in architecture.

Festival partners will be hosting events around the city, such as the Barbican's offsite Curve project in east London which features a life-size reproduction of a Victorian house encouraging public interaction through a host of overhead mirrors. One of the capital's most anticipated events will be The Serpentine Gallery's annual Pavilion opening which will launch during the Festival, this year designed by Japanese architect Sou Fujimoto. Also taking part are a number of leading architecture universities which will be opening their summer shows during the Festival.

Since its first outing in 2004 and developing its mission to investigate the importance of architecture and design to the success of London, the LFA will this year feature a fringe which will be promoted by the London Architecture Diary. Practices, studios and artists organising their own events to coincide with the LFA will be featured on the LAD website where the June edition will feature an editor’s special on how to make the most of fringe events.

The LFA runs throughout the month of June across London.