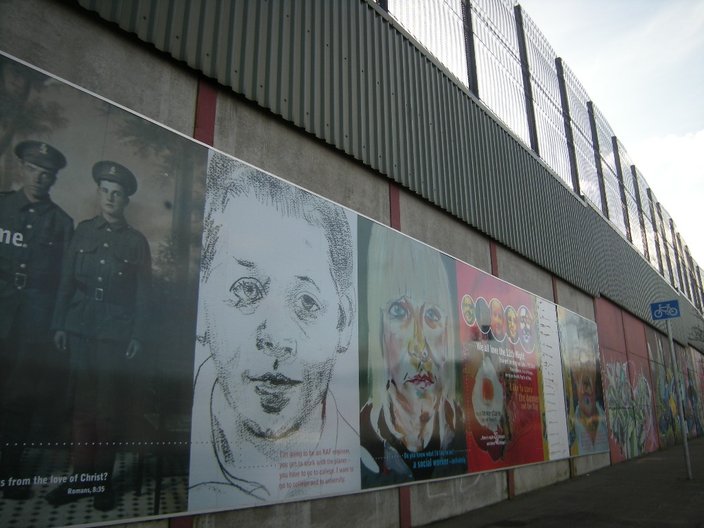 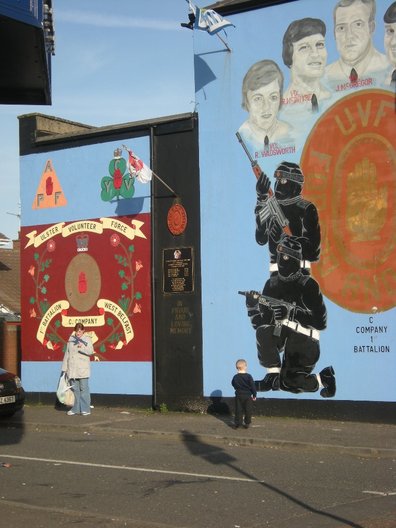 A woman holds her son's toy gun, behind is a UVF mural. Photo Vicky Richardson 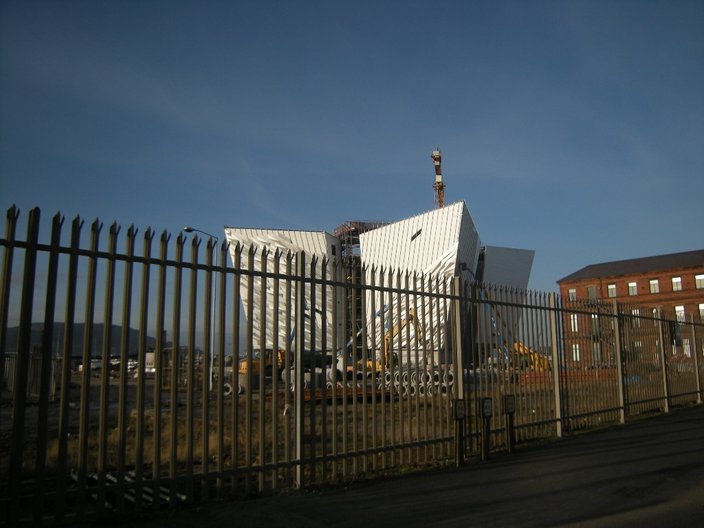 Apologies to Colette and Declan, but the highlight of my visit so far has been a tour of the city by Billy, a remarkable cab driver who works for Value Cabs. Billy does not just drive me round Belfast in a great car, he tells me his life story which is woven into descriptions of places we stop at such as the Protestant Shankhill Road, and the Catholic Bombay Street. Billy grew up in the Shankhill area and as a boy was recruited to the Ulster Volunteer Force. Until the age of 27 he was effectively at war with his Catholic neighbours, until he decided to move his family out of the area and to change the way he was living. He was determined that his own kids would have a different life. It was no easy thing to leave the UVF, but he managed it and continued to work as a cab driver. Billy has some amazing stories to tell, including incidents when he was tied to his driving seat and a bomb placed in the boot, and forced to drive to the Europa hotel. He was cut free from the car just in time, though the explosive partially destroyed the entrance to the hotel. It must be said that he I'd no ordinary cab driver, and is in fact regularly invited to speak at conferences on the peace process.

Although Billy takes me to parts of the city that continue to be dominated by the 'Peace Line' the enormous fence that divides Catholic and Protestant areas (it went up in 1968 and was added to as recently as last year), he points out that these divided communities are isolated and changing fast. We drive to the new Titanic museum, due to open in 2012, which is surrounded by new offices and research centres on land that would once have been the shipyard. In the past, shipbuilding employed about 30,000 local people, mostly Protestants. Such discrimination, he tells me, was the basis for the conflict, but now has gone. Billy still thinks it will take another decade before the Peace Line comes down.