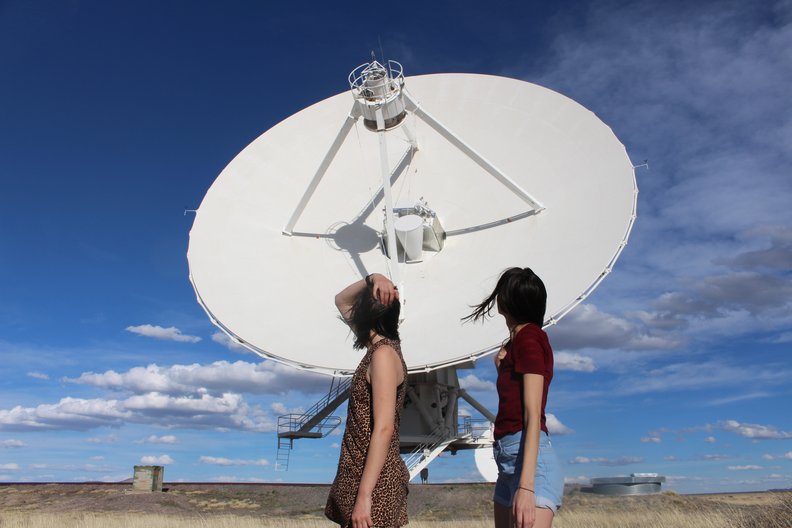 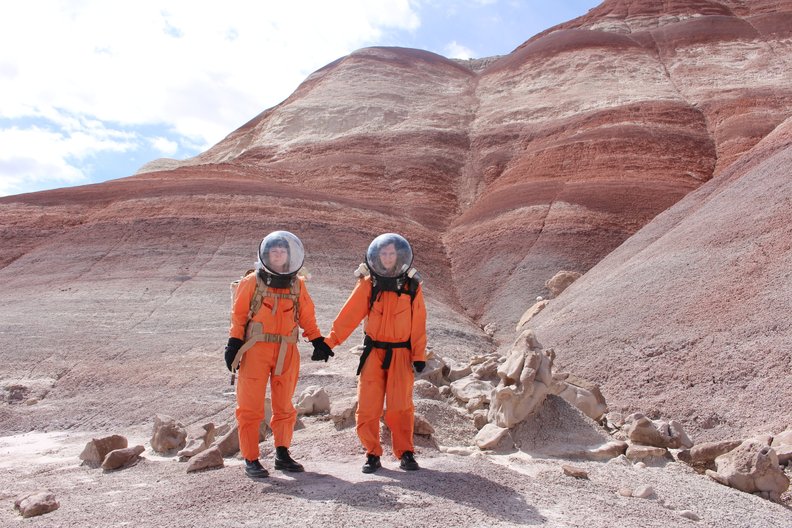 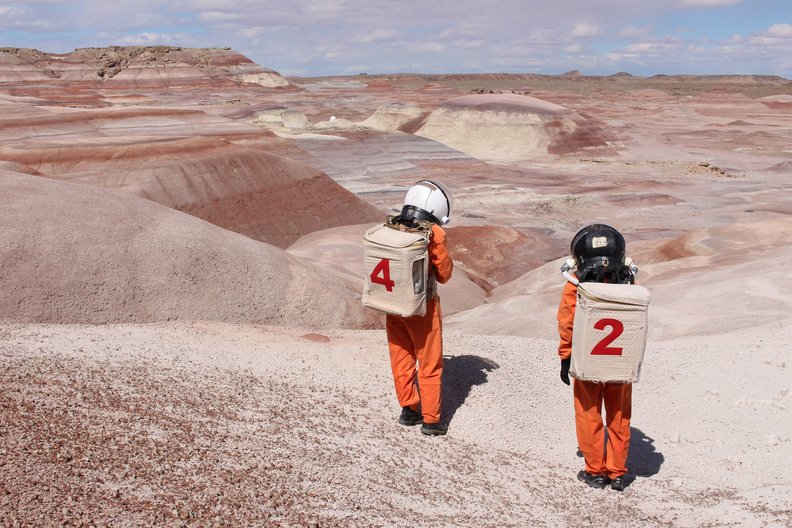 Tell us about yourself or your practice.

We have worked together for more than a decade making socially engaged art projects.

We make opportunity for people who don’t consider themselves to be artists to take part in ambitious projects that don’t always look like art – from filming near space to designing a house for another planet. Our work has been framed around space science for many years as it’s a subject that widens perspective about how we live here and now on Earth and provides space for conversation about complex, timely topics surrounding our human-planetary relationship: climate change, sustainability, community, future cities. We’re making lots of projects exploring different aspects of what going to Mars might make people think about - from imagining a whole new society to sustainable living here on Earth.

Our work is increasingly multi-disciplinary as we believe the challenges of the future require interconnected solutions, with artists working across disciplines as catalysts for change.

We are currently working on our most ambitious project yet. It’s called Building A Martian House and is an aim to do exactly that. We are working with architects, scientists, engineers and the public to design and build a real life house that you can step into and imagine how we might live on another planet.

By working with leaders in science and design we will be making our contribution to this exciting field of research. Unlike other projects in this field we are also working with the public, to create the worlds first collaborative Martian House, built by many people coming together and sharing their knowledge, enthusiasm and skills.

create their version of what life in the future might look like, through a process of collective imagining, design and creation.

What key issues are you addressing with your work?

By using the scenario of designing for life on another planet we are inviting people to consider every aspect of how we live here and now. From how many possessions we really need, to how we can use and re-purpose technologies already available to live more sustainably. Resources on Mars will be limited so it forces us to think carefully and resourcefully about how we use what is around us.

We are essentially designing how to live well on Mars, rather than just survive. Moving to another planet isn’t just a series of engineering challenges to be solved - the most challenging thing is the well being of the inhabitants who will live isolated from the rest of the world. The scenario has a lot to teach us about how you can shape your environment through design to influence well being, reduce isolation and bring a community together. What are the elements that can do this? How do you make a house a home? We’re working with Hugh Broughton Architects - the architects behind the Halley VI British Antarctic Research Station - to help us look at these questions, as well as asking the public questions, for example talking to families about how communal activities such as meal times work in their houses.

Tell us about something you’ve seen that’s inspired you recently?

We’ve been inspired by the work of Galina Balashova, an architect whose work became the defining aesthetic of the Soviet era space programme. Balashova was initially asked to create designs for the interior of the Soyuz capsule as the only architect working for OKB-1 (the Russian space agency). Until then her work had been designing residential quarters for the scientists and engineers working on the space programme.

Balashova produced many watercolour designs that pay close attention to the experience of the cosmonauts and their need to feel at home, as well as to composition of space and ergonomics. They’re really beautiful and very much in the sixties sci-fi aesthetic which we love.

Balashova’s design work was pioneering at the time because it went beyond serving only the functional needs of its inhabitants. She included touches such as a series of pictures for the capsule walls, of remembered landscapes of her childhood, which she thought would be a reminder of home to the cosmonauts who were leaving Earth so far behind.

How do you approach inclusivity and accessibility in your work?

We are always thinking about how to involve new audiences.  We started making socially engaged work because we wanted to make work that excited people, there is no better way to interest someone than asking them to contribute their ideas and become part of making something. The whole project is a conversation between many people - it doesn’t belong to just us.