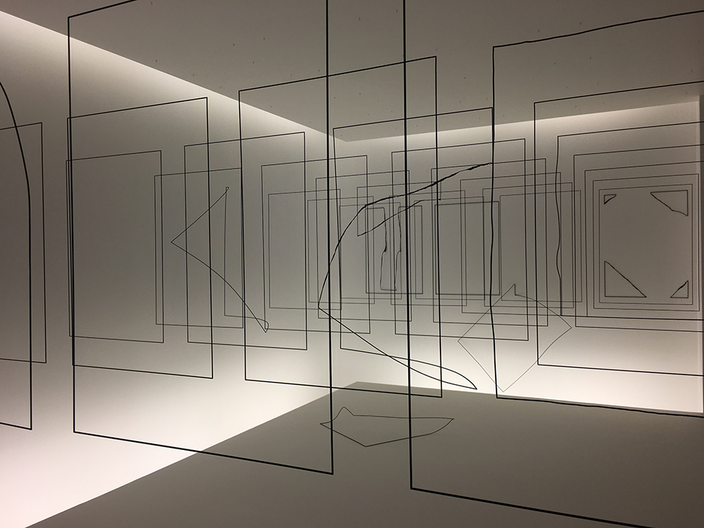 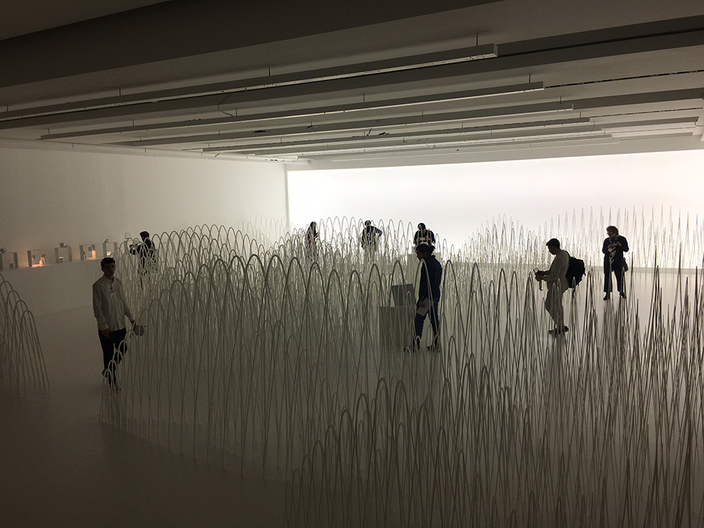 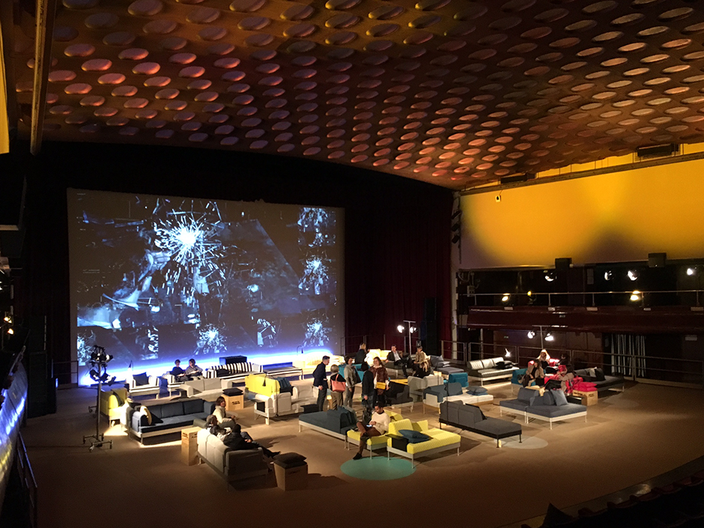 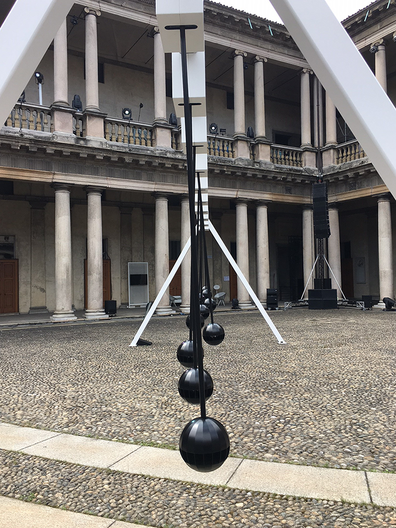 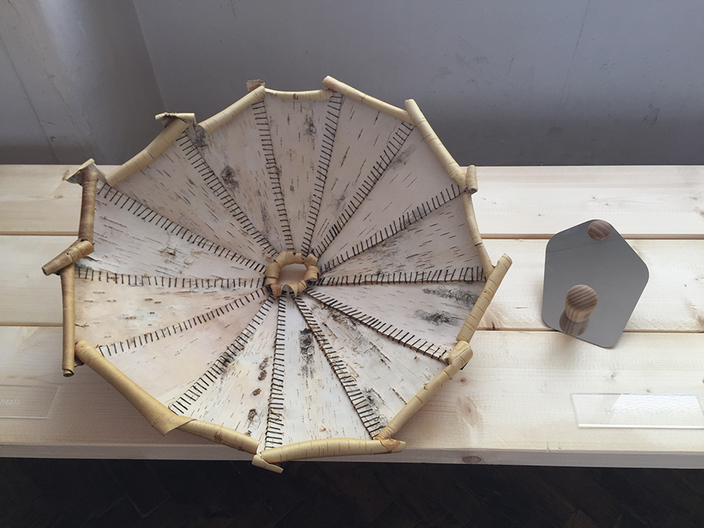 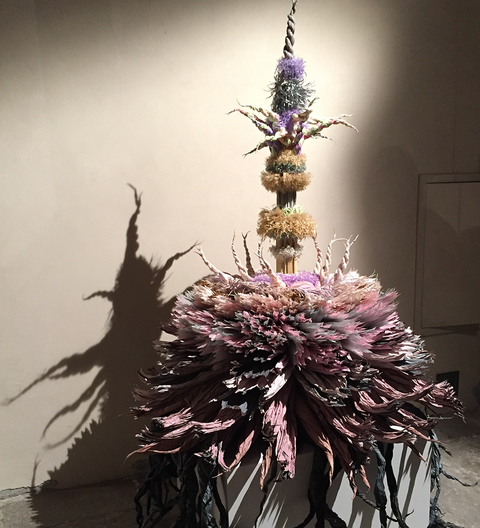 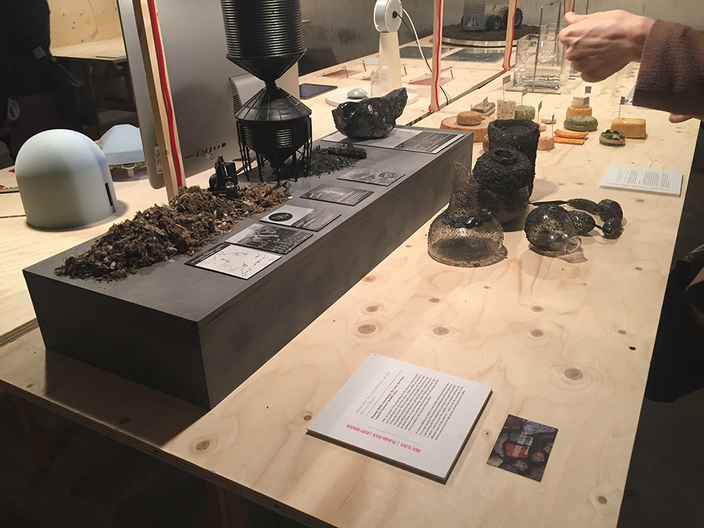 Members of our team who returned from Milan Design Week tell us about some of their highlights.

Some of this year’s most intriguing presentations used the city of Milan’s unique assets as their playground.

Yuri Suzuki presented a sound installation, Sonic Pendulum against the backdrop of an old Milanese seminary open to the public for the first time in many years. Airbnb presented Passegiata: An Airbnb Experience which took over the Casa degli Atellani, where Leondardo Da Vinci stayed while painting The Last Supper. Designers such as Faye Toogood, Felicity Aylieff, Formfantasma, Pia Wustenburg, presented their work amongst baroque credenzas, bookcases full of leather-bound books and frescoed walls, the result was a beautiful interplay between the palazzo and the objects. British designer and Milan expert, Tom Dixon presented Multiplex at the historic 840 seat cinema Cinema and Galleria on via Manzoni – an incredible space which provided a backdrop of 50’s Italian glamour. Of course, the British Council team also had the pleasure of being in residence at the spectacular Palazzo Clerici with our partners Disegno Magazine for our talks series held in the courtyard, exploring the future of European design in the most European of settings.

Aalto University, School of Arts, Department of Design presented a selection of experiments testing wood cellulose, exploring the potential for this biomaterial to change the Finnish economy.

Danish artist Marianne Eriksen Scott-Hansen (aka M.E.S.H) contributed to Mindcraft17 with Starting All Over Again, 00:00:00: An intricate handmade sculpture of paper flowers which embodied both tradition and innovation in Danish crafts. In Ventura Lambrate, Inge Sluijs, a current student on the Material Futures MA at Central St Martins, presented her research project Plasma Rock. Sluijs is concerned with the precarious status of historical coastal landfills. Sluijs has been experimenting with a new technology called ‘Plasma gasification’ that transforms waste into energy. The only non-toxic by-product of this process is Plasma Rock and Sluijs has been experimenting with it (with other materials) to produce some intriguing jewellery and small craft objects.

Over the last few years, Fuorisalone has increasingly become dominated by brands (and not necessarily design brands…). This year, a couple of commissions by brands, however, did provide one of the highlights of Milan: Studio Swine’s collaboration with COS was the favourite crowd-pleaser, and rightly so – very well realised, immersive and interactive. Meanwhile, Nendo’s collaboration with Jil Sander provided a sea of calm in an otherwise chaotic cacophony of exhibitions and installations. Both of these are a good reminder that Milan’s contribution to the design world should really be on material experimentation and new ways of presenting work. On the other hand, some well-known Milan favourites such as Formafantasma seem to have stepped up a gear this year – their new lighting range is at once elegant and innovative, often creating a beautiful tension between material, engineering and function.