åyr on DAYS for Home Economics 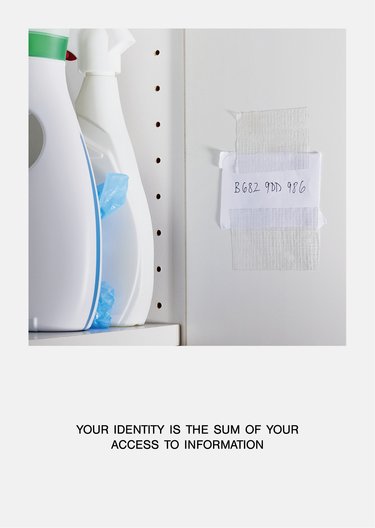 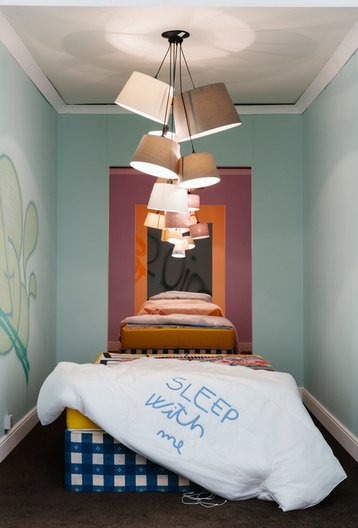 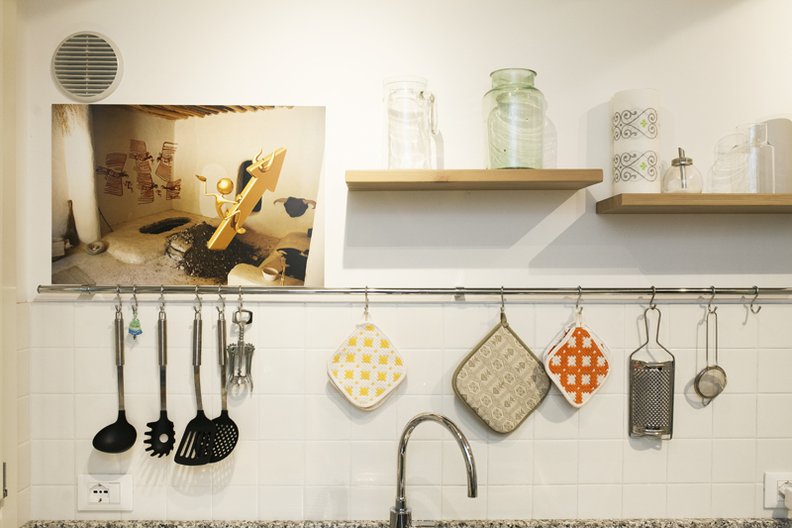 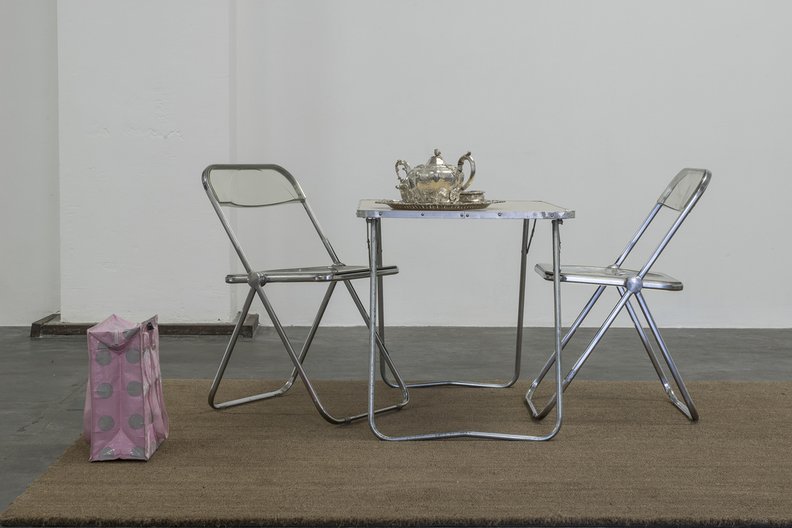 This year the curators Jack Self, Shumi Bose and Finn Williams have invited established and emerging artists, architects and designers to produce immersive 1:1 environments, which challenge the status quo and propose new futures for the home. Each of the five rooms in the pavilion has been designed around incremental amounts of time: HOURS, DAYS, MONTHS, YEARS and DECADES. This week we interviewed åyr about their installation for the second room, DAYS.

åyr (Fabrizio Ballabio, Alessandro Bava, Luis Ortega Govela & Octave Perrault) is an art collective based in London whose work focusses on interiors, domesticity, internet culture and the city. Their design for the DAYS room imagines a new type of personal and portable space, responding to the global domestic landscape that has been created by services like Airbnb. Reflecting the increasing engagement with social media, entertainment and virtual consumption, the proposal – more than clothing, but less than architecture – demonstrates an ambivalence towards its short-term physical context.

Why do you feel it is relevant to talk about architecture in terms of ‘days’?

The question for us is rather why is it even ‘possible’ to talk about architecture in terms of days today, especially because the brief of the pavilion is residential architecture. And the answer is twofold. One the one hand, yes, there is an increased mobility through domestic spaces, the so-called ‘nomadism’ characterising new work patterns. On the other, this mobility is only possible because digital spaces offer some permanence. This is to say that material spaces can be occupied transiently only because immaterial spaces are occupied permanently. So, by looking at the architecture in terms of days, I am looking less at architecture than digital spaces and their permanence. Their presence makes the architecture of a space irrelevant somehow. They structure, they host, they place, they identify, they connect, … digital spaces do a lot of things that architecture was best at until recently. Actually, I think I would have reached the same conclusion if I was put in any other room in the pavilion.

How does the DAYS room in the British Pavilion respond to the Biennale theme, Reporting from the Front?

I’m quite put off by the military reference (especially considering the arguably more extreme fronts which are active globally). It is hard to find a space for these kind of metaphors in cultural contexts, especially since the one coining it has made a business of focusing on devastated places. There is an economy in that too, one that needs a good critique. Actually, my installation points to that in a sense. There are similar patterns in the humanitarian position too easily taken by self-proclaimed ‘social’ projects. The techno-utopian pods of the 70s were also going to fix all problems, give a home and freedom to everyone, but it’s also what secured neoliberalism. I’m critical of pointing the finger to this specific moment while repeating the same tropes basically. So, even if I appreciate the ambition to solve the housing crisis, the return of pre-neoliberal modes of being isn’t what I want either. It’s a recurrent and topical feeling though, that salvation is to be found in the past, that it is to be found at a ‘better’ time before it all went bad. It’s very today to be honest, and it’s also very Renaissance and very neoclassical – it’s very Modern in the larger sense. It makes quite some sense in the context of the British pavilion too: the exhibition is inside a sort of neoclassical house in a world exhibition setting built in a Renaissance capital when the British Empire was peaking…

So yes, I focused on the narrower and more specific questions which the British Pavilion advanced, namely the housing crisis in the UK. The housing crisis in the UK is real and is the source of a lot of suffering, something I notice and experience (to an extent..) on a daily basis in London. At the same time, my installation has no claim to provide any solution to this matter—as far as my participation is concerned, my work deals with it as a context, as a multi-faceted thing that needs dismantling, which contradictions need to be exposed. I think it’s more productive especially in an exhibition context. It’s less business friendly for sure though.

What influenced your design of the DAYS space? Can you give any examples of existing designs, architecture or places that you have drawn on for DAYS?

It’s inspired by adult toys made in China. AliBaba.com is the best place to buy all sorts cheap consumables for entertainment, and at bargain price and quality too. It’s interesting to look at the contemporary life of objects developed by the military and democratised by the hippies. The whole thing is full of incoherences. But also, that’s what there is, that’s the infrastructure of existence which is in place. So, my “design” is performative rather than demonstrative. It's less a design than something that exists already, which is available to virtually every one, and which is already performing in the world. It’s practicing what the digital allows: producing is also repurposing, appropriating, subverting, projecting. The DAYS room is really about this day and age, which isn’t saying that it isn’t made of many pasts and futures of course.

How have your previous projects influenced your design or ideas for the DAYS room?

I think you could say that my first project, the AIRBNB Pavilion (not affiliated with Airbnb inc.) addressed occupation by days in a very direct way. The exhibition was taking place in a couple of Airbnb apartments in Venice during the opening days of the last Architecture Biennale in 2014. It was opened to the public and I was living there too. I think that the points that this “design” may be raising are very much a continuation of the problematics I set for myself with that first project, focusing on the home, the internet, and how their experiences are intertwined, are influencing and redefining each other, and how they are putting past conceptions of dwelling in crisis.

Where do you spend your ‘days’?