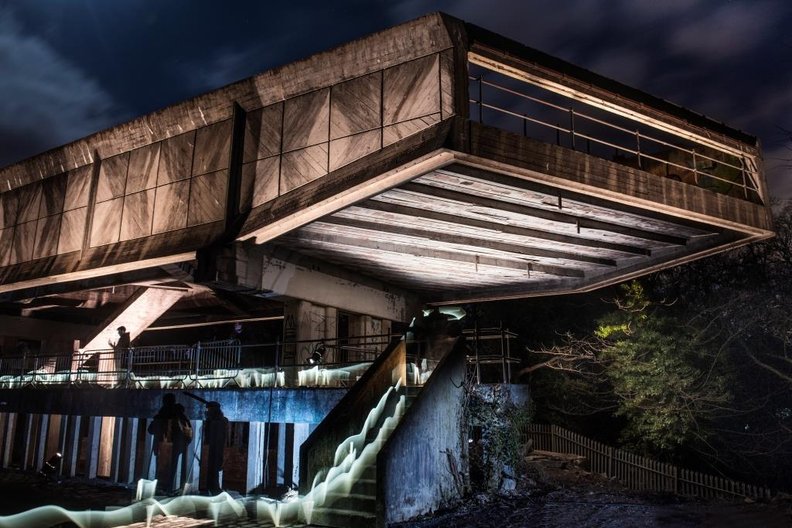 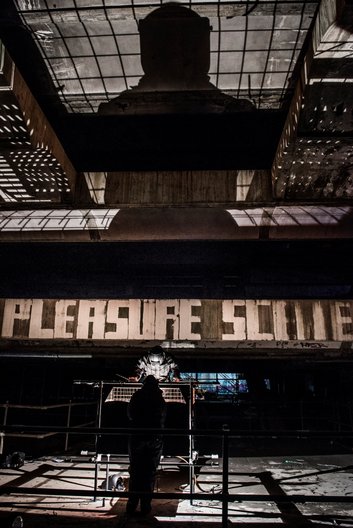 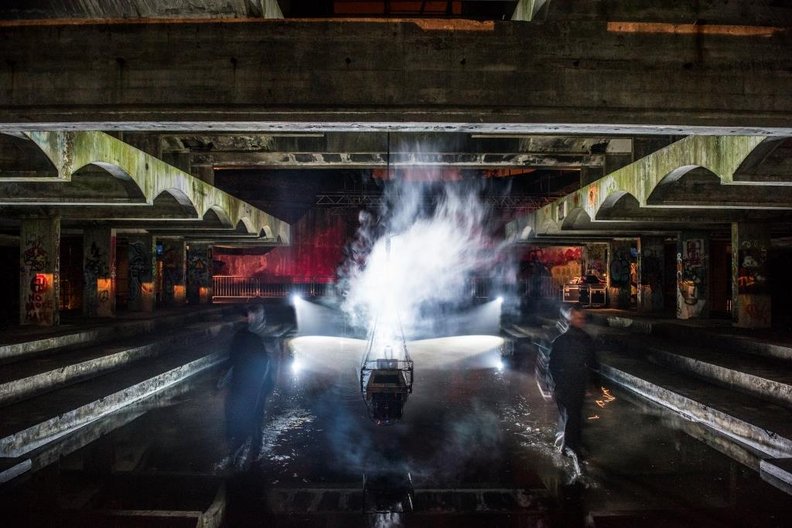 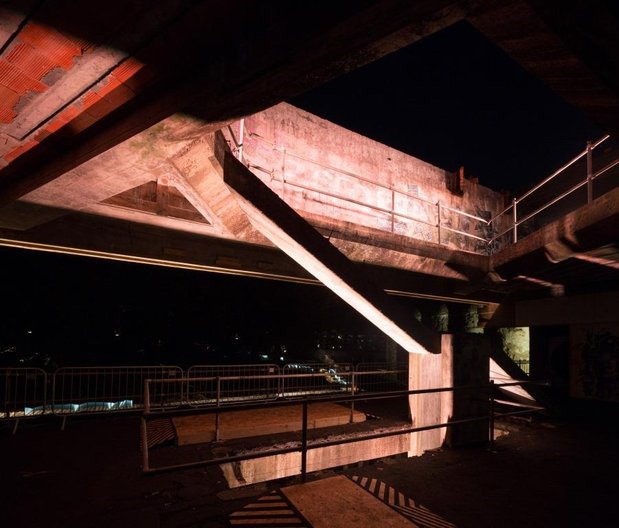 Ruins stir something deep within the wells of imagination. Remains of abandoned buildings and places remind us of time's restless onward stumble. Without us, oblivious to us, the crumble and decay of human built artifice, is impervious to any considerable constructive effort or endeavours. Ruins remind us that what once was, is no longer: what now is, may one day be no more. It reminds us that the things we humans make and build will inevitably fall apart without care.

St. Peter's Seminary in Cardross has been without care - or a caretaker - for the best part of three decades. A grade A listed building - it's considered Scotland's most significant modernist masterpiece - designed by Glasgow based architects Isi Metzstein and Andy MacMillan while working for Gillespie, Kidd and Coia. Building started in 1960 and was completed in 1966, but its lifespan was short. As a seminary, it was conceived as a place of retreat, reflection and learning: a training environment for priests of the Roman Catholic Church. Set amongst woodland in the 104 acre estate of Kilmahew on the north side of the Clyde, its design was ambitiously modern, experimental, austere, and visually demanding. It was reputedly difficult to live in, unable to keep out the cold of Scottish winters and rain leaked in. As the culture of the church shifted away from its remote monastic leanings - towards working within and amongst communities - the very foundation of its purpose was undermined. It closed in 1980, a mere 14 years after opening. For a few more years it was used as a drug rehabilitation centre before being abandoned. Thereafter, it was left to the elements, and frequented by graffiti sprayers, party-makers and ruin curious trespassers who could find their way in.

Now, as it approaches its 50th birthday, it has been brought back to life with a vision of a new future by public arts producers, NVA, led by Angus Farquhar, creative director and former band member of Test Dept. The first public project is NVA's compelling son et lumiere event, Hinterland, a performative reoccupation of the Seminary over 10 nights, also marking the opening event for Scotland's Festival of Architecture. Access to the site is by arrangement and takes place via shuttle buses from nearby Helensburgh, that deposit audience members at a barely distinguishable entrance. It all adds to a heightened sense of adventure. Here, we are offered a walking staff with a luminous tip, to navigate a dark root-knotted path upwards, where we catch first glimpses of the building through a tangle of trees. Subtle lighting and atmospheric whispers of music ward the way, before emerging to a tall curved concrete facade wall whose keep-like windows look too tiny for its brutal girth.

Inside the building, a scaffold ramp climbs to the cavernous main hall, where the floor tiers down to a shallow inky pool of water, reflecting the rectangular columns that frame both sides of the former chapel, and curved corrugated concrete ridges of the ceiling above. The lighting is low, shadowy, flickering, and shifts through colour washes of amber and red, darkening again, before offering up cyclical illumination & momentary glimpses of its skeletal interior and rave day remnants of graffiti. Above the pool, a thurible like object is suspended sturdily from a chain, it's pendulum movement trailing a drift of smoke across the surface of water.  A persistent drip from the ceiling disturbs the stillness, creating ripples, & distorting reflections momentarily. Two monkish masked figures emerge from the side shadows, walk slowly down the length of the pool, turn and walk into and across the water, evoking contemplative religious ritual. Choral voices envelop the space in a swathe of music - traces of a ghostly evensong.

Our promenade continues outside and alongside the building. Imposing, but assuredly calm, it's magnificent scale becomes ever more evident through its four storey ziggurat design. Gaping arched windows lit in deep hues of blue and purple, spill out the continuing hark of holy moly music. An angular shafting overhang - the former teaching block - resembles a geometric lunar landing craft, and is immediately contrasted by a row of concrete columns of tall bullet like silos. A chance throw of light reveals a wall of odd murals. One scene is a group of foxes, teeth snarling back, a wild boar caught in their midst, poised to pounce and kill. It's vicious animal gang image fractures and disturbs the serenity of the seminary, placing it in the overgrown wild nature it is set within.

One of the great pleasures of exploring ruins is the slightly illicit sense of trespass and exploration. Hinterland somehow still manages to retain an element of discovery and adventure within its friendly stewarded promenading. The vision for St. Peter's embraces the appeal of the ruinous decay as part of its historic fabric.  Farquhar is keen that while conserving the building, it's time worn dereliction will be partly retained. This week, £4.2 million pound funding has been confirmed  from the Heritage Lottery Fund and Creative Scotland, securing its future. Plans for the seminary mean it will be sufficiently repaired to stabilise its structure, weather proof it, and avoid further decay. The chapel will be transformed to a 600 capacity arts venue, alongside creative spaces that can be used for exhibitions, residencies and events. Artists will be invited to work within the space and respond to the building and locality of Kilmahew Estate. It's a bold vision and one that could potentially transform this abandoned building to an arts centre of international standing. The spirit of its original purpose in learning, reflection, contemplation looks set to influence and inspire new generations of curious minded people.

Hinterland is the launch event of Scotland’s Festival of Architecture 2016, and is a key highlight in the Year of Innovation, Architecture & Design. Between 17 and 26 March 2016, audiences were offered the chance to explore one of Scotland’s most important modernist buildings for the first time in thirty years.  This immense public artwork introduces the long terms plans for the site and celebrates the journey of transition of an architectural icon.