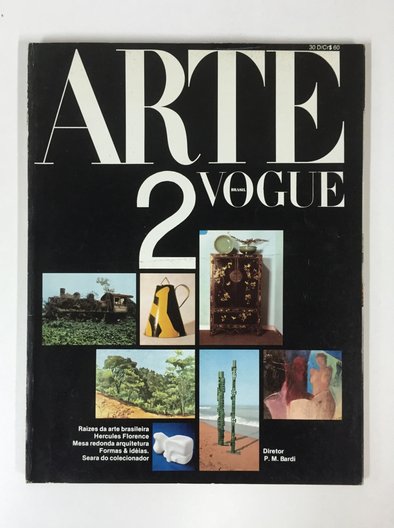 Arte Vogue, magazine edited by Pietro Maria Bardi in 1977, heavily influenced by the early work of Pietro and Lina Bo in Habitat. 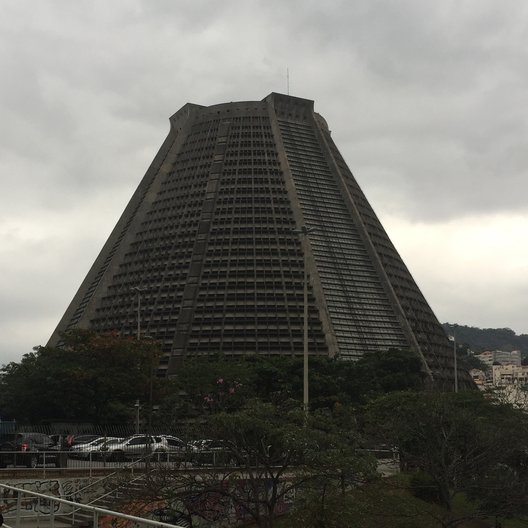 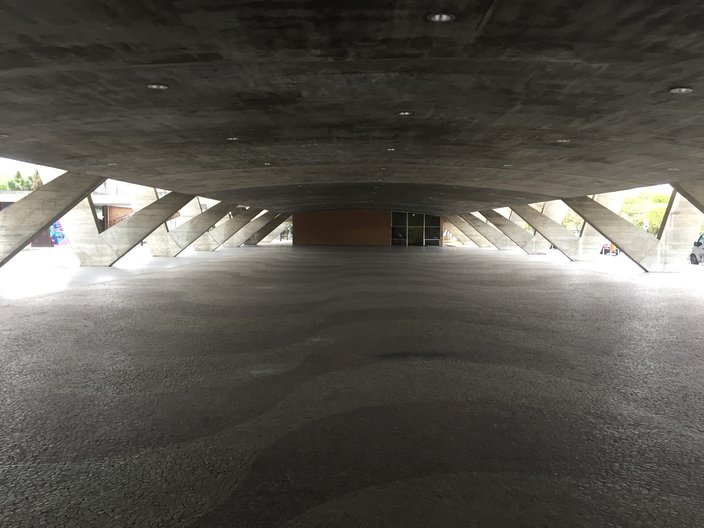 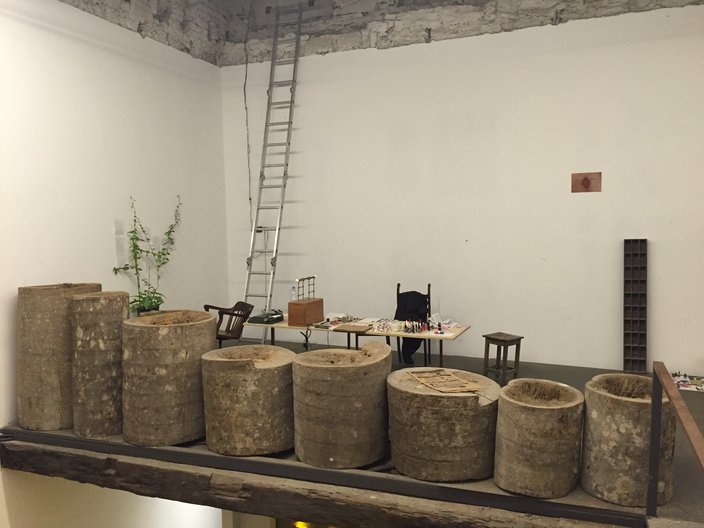 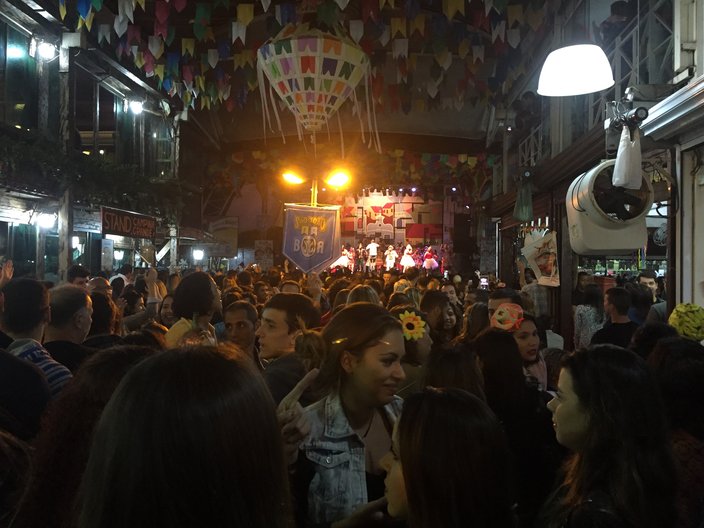 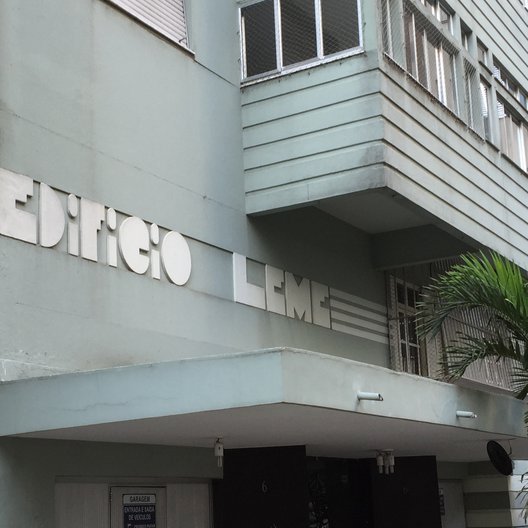 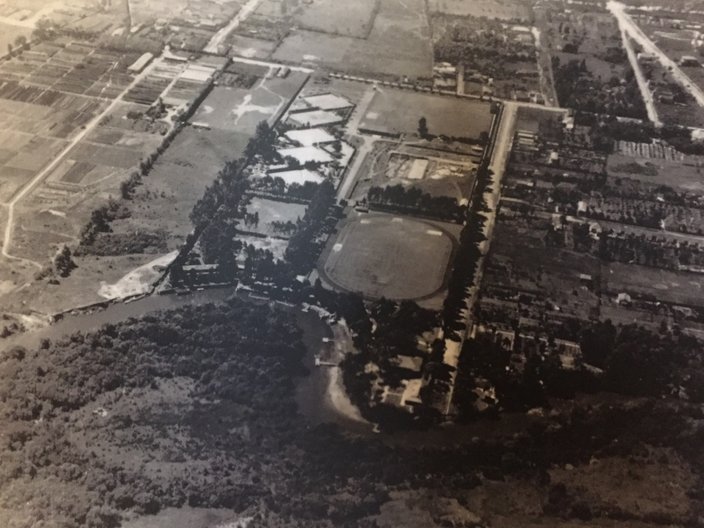 Photograph of the area known today as Morumbi, at Museu da Casa Brasileira 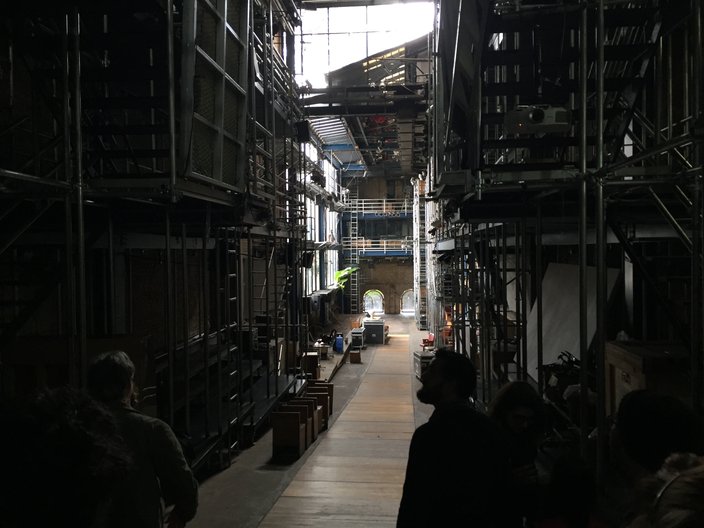 In their final travelogue from Brazil, Valerio Di Lucente, Hugo Timm and Erwan Lhuissier, the three members of multidisciplinary design studio Julia, travel through Brazil musing on the similarities and differences of modern day Brazil and that of Lina Bo Bardi.

Rio’s southern coastline is an architectural timeline of Brazil. From the city centre, with its early 20th Century buildings, to the brand new Olympic village, each area has its distinctive style. Urca is populated with houses from 1920s, Copacabana has buildings from 1930s onwards, while Ipanema features modernist architecture from 1960s and 1970s, and Barra da Tijuca hosts developments from the 1980s onwards.

Cascading from the surrounding hills, the favelas offer a striking contrast to this organised development. The juxtaposition of luxury flats and informal housing may seem jarring, but in recent conversations with Rio residents we have discovered that this urban geography makes Rio a more socially porous city than any in Brazil.

This porosity can be experienced at its best at the Feira de São Cristóvão, a large market and epicentre of Northeastern Brazilian traditions. Here one can find people of every class, age, gender and walk of life enjoying a night out in harmony. The things we’ve heard so often about Lina Bo Bardi are palpable here: the flattening of ‘high’ and ‘low’ culture, the non-condescending use of the word ‘popular’, the co-existence of different people in a space for all, dancing and singing together at a sweaty karaoke bar until the small hours.

The making of a city

At Museu da Casa Brasileira we had the chance to see pictures of São Paulo in the period when Lina first arrived there. She often wrote about the speed with which the city grew, but seeing photographs added weight to her words. It’s absolutely remarkable to see how much and how fast the city developed, and it made it easier to imagine the sense of possibility and opportunity Lina experienced here. A place to ‘start the book of history from the last page’.

Lina’s Brazil is clearly not the Brazil of today yet many of the issues she experienced remain relevant.  At MCB, in conversation with Frederico Teixeira, we explored the difficulties still present in the relationship between Brazilian designers and native, vernacular culture. In our time in Brazil we saw many different variations of this relationship (appropriation, homage, collaboration, romanticism, and skepticism), and came to admire Lina’s bravery in tackling this throughout her career. To this day her approach is amongst the most sophisticated contribution to this debate. It is part of what makes her work so relevant to us, and is something we will be sure to keep exploring.

Walking through Brasilia you often see the presence of its earth, spilling back on the sidewalks or along the walls of its buildings, creating a natural gradient ending all architecture in red. I see this as a little metaphor for society reclaiming space from architecture’s grand plans. The street cleaners in Brasilia have been told to sweep it away, but the red earth spills back again regardless.

On our last days in Sao Paulo we met Silvana Rubino, editor of Lina por escrito, and Marcelo Suzuki, who worked closely with Lina. We discussed Lina’s dialogue with Italy and her interest in the writings of Antonio Gramsci and some parallels to the Arte Povera movement. In many of our conversations the often overshadowed presence of Pietro Maria Bardi keeps coming back; he was key in influencing many of Lina’s interests and the more we read habitat the more we understand it as the work of four hands.

As our travels come to an end it feels like we witnessed a small sample of what we call Brazil. From the urban chaos of Sao Paulo, passing through colonial Salvador, to the eerie and monumental Brasilia, rural Mato Grosso and the contrasts of Rio. We all had different impressions due to our diverse nationalities, and part of our research was to contextualize the country that Lina Bo Bardi called home.

Habitat itself was an act of questioning in order to understand itself, ‘Revista das artes no Brasil’ claimed its cover. More than the term art, it’s Brazil that got all the attention. A place that seems defined as not-yet- defined, in constant search of its borders.

From the beginning our idea was to use this period in Brazil as an initial exploration. Our interests were twofold: to have a closer understanding of the editorial work of Lina Bo Bardi, and to investigate its possible resonances in today’s Brazil. The ambition has always been to try and produce a contemporary response to Habitat, a continuation, expansion, or counterpoint to the questions Lina and her team raised so importantly in the magazine. Our trip made us even more determined to bring this to fruition. Now, a new process starts, one of compiling and digesting the collected information, finding partners, and outlining a publication. Here’s hoping this new leg of the journey is as productive and inspiring as the first.