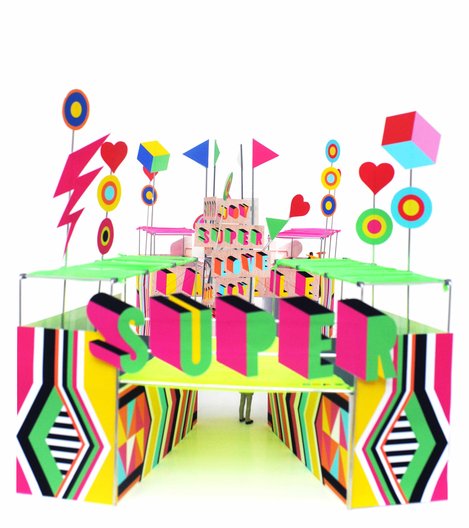 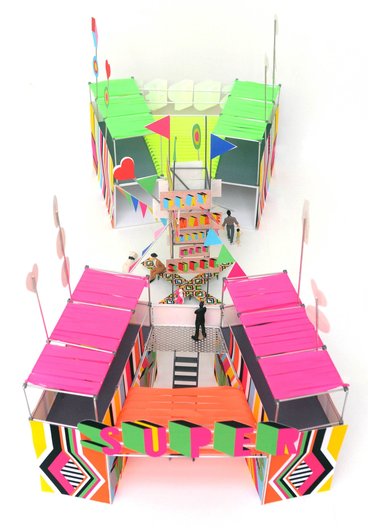 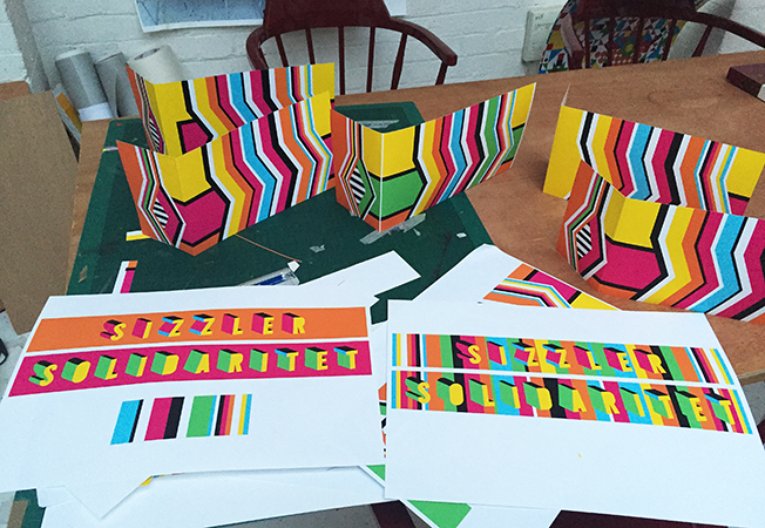 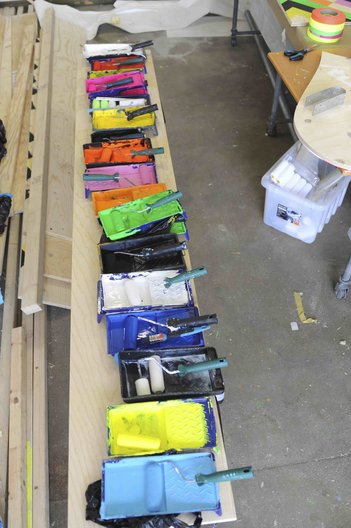 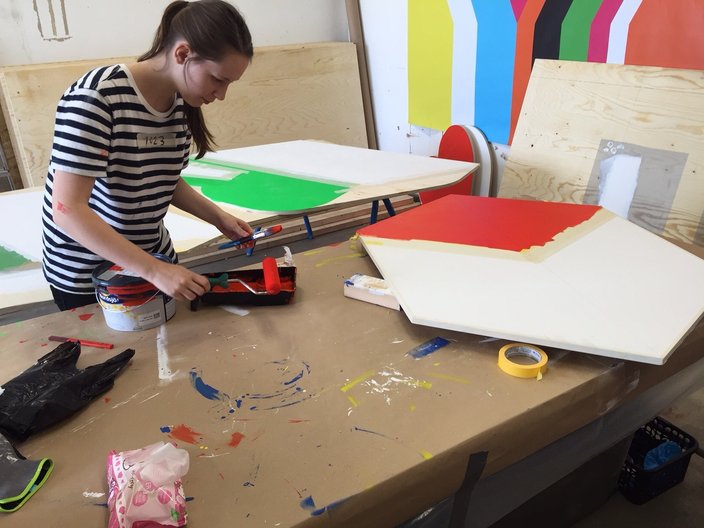 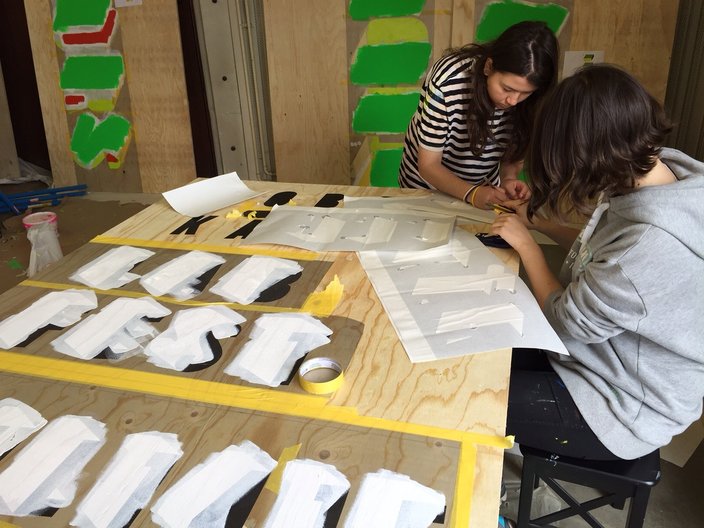 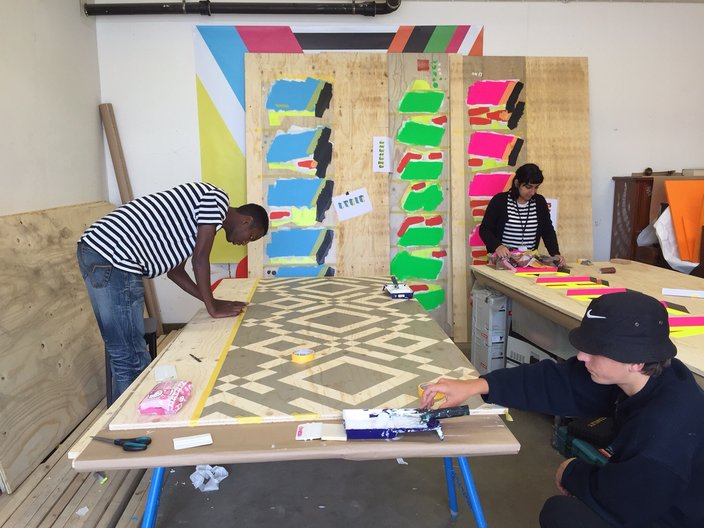 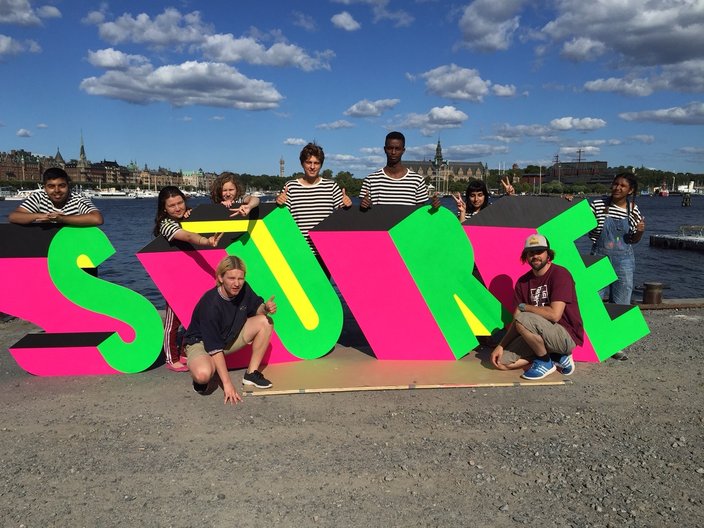 The Stockholm Culture Festival takes place in the heart of Stockholm at the high of summer. This year’s theme is United Kingdom, presented in collaboration with the British Council. In line with this theme, UK designers Morag Myerscough and Luke Morgan of Super Group London were selected to design a temporary installation named 'Superstructure' that acts as a pivotal point to the festival venues. In line with their passion for colours and visually engaging graphics and signage, the designers produced a visually engaging structure that contrasts the neoclassical features of Stockholm’s Norrbro bridge.

ADF met with Morag and Luke to get an insight from the designers on the design brief, process and challenges encountered along the way to completion. Here are some extracts form that conversation.

What was the brief you were given and how did you respond to it?

We were asked to build a structure on Norrbro bridge, located in central Stockholm, that needed to be a beacon for the festival, as well as accommodate space for workshops and to give a different perspective to the area. Our work often incorporates public engagement and when we spoke to everybody about this they liked the idea of involving young people in the project. In the centre of the structure is a large totem with seating at the base and we proposed this to be a poetry piece working with young people in the surrounding area of central Stockholm. We asked the poet Yemisi Blake if he would come and work with young people in Stockholm. Yemisi run a week of workshops with a youth group in the suburbs and created a series of 5 word poems using Swedish and English.

What was the most challenging aspect of the brief and how did you tackle it?

To build a large structure in a very shortly period of time in the way we like to build, which usually involves lots of hand painted elements.

Can you tell us more about the site? What were its constrains, and how your design addressed those?

The structure is positioned on the middle of a bridge. It can be quite windy and rainy. The pavement slopes. So the construction of the structure needed to be adapted to work with these constraints.

Could you tell us more about the legacy of the project, what will happen to materials and structures once the festival will be over?

Even though we had time constraints we wanted to hand paint as many elements as possible. The City of Stockholm offices are in old warehouses and this allowed us to set up a painting workshop for the summer. The City of Stockholm arranged for two recent graduates, Olle Ardman and Björn Krogvig, from the Konstfack University College of Arts, Crafts and Design in Stockhom, to run the workshops for us when we were not there with a team of paid young summer workers. Morag went and set the workshop up and showed all the techniques and provided all the stencils for painting and then the team in the workshop got in production over a three week period. Young people who had never painted before really enjoyed the whole experience. The structure is made from shipping containers and scaffolding and this was hired and so will be returned. All the painted signs will be given to the various people involved. We think that the legacy of the project is the involvement of the groups of young people from the creation of the poem to the painting of the signs and for them to come and see the structure and see what they have been part of and feel proud to be involved, we hope.