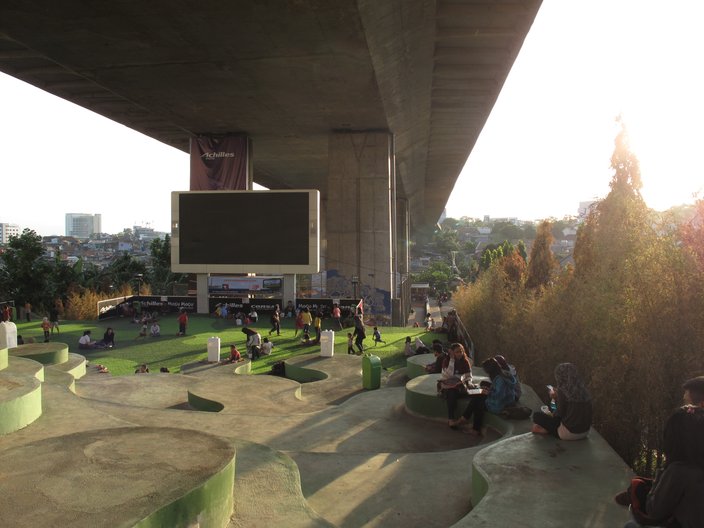 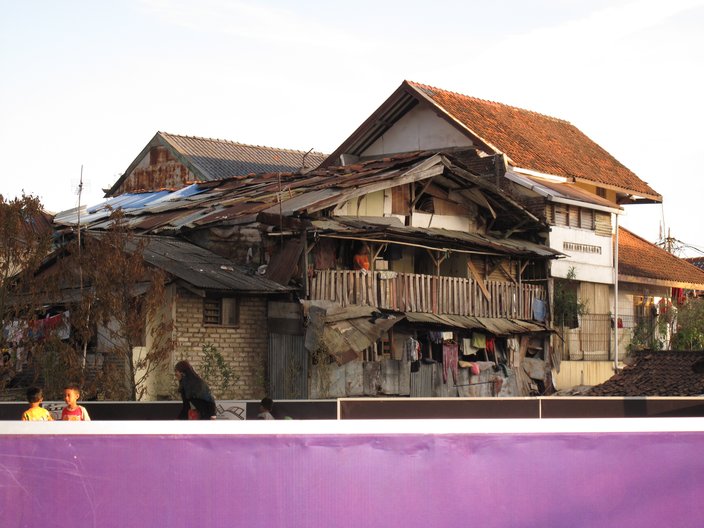 In her first report from Bandung, designer in residence Sarah Colson shares some of her exciting - and intrepid - initial experiences in Indonesia.

My first week in Bandung…

It is overwhelming and so different to anywhere I have experienced before.  I think the first 3 days were an adjustment period to culture (and having a scooter as my mode of transport everyday).  But I have been trying everything new and accepting invitations to all the events I can:

Discussions about global design (ended up on stage unintentionally).

This has actually been the most beneficial to all aspects of the project.  As every time I try something new most people find it hilarious watching me and therefore don’t forget me.  It seems this is the best way to get people on board with the project.  I am now always greeted with a hi five and then a big smile?!?

Having met so many people I realise how complex the structures are, but also how everyone’s interlinked.  It is impossible to write down, but in summary the project consists of three core communities.

BCCF are a creative collective that orchestrate socially aware projects throughout the city.  They meet once a week at their HQ where proposed projects are discussed and ongoing issues are debated.  They are a welcoming team from all walks of life. The have a strong relationship with ITB (the local university) as many of them are lecturers there.  They wisely educate their students in methodologies of social design  creating an active movement in Bandung.

Pulosari is a self-built community situated beneath Bandung’s largest flyover.  The community’s history has been feared over the years due to drug abuse, gang warfare and violence.  This is where the majority of the projects I will create will happen.

Rumah Cemara is a local organisation initially set up for ex drug addicts and HIV carriers.  It is a forward thinking organisation that seeks not to patronise their communities but to offer them a safe haven with no judgment.  They offer a variety of classes and programs in skills andsports they are interested in.

I have made this short film to try and show you my experiences.  The next post will explain more about the work.

Sarh Colson will be in Bandung for another 3 weeks, so follow her updates here.