A Clockwork Jerusalem: The Book 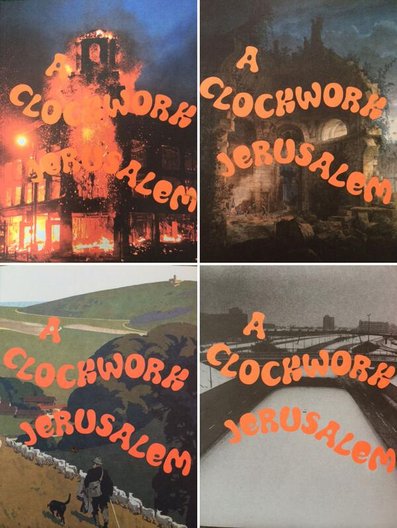 Today, the British Pavilion welcomes in visitors from across the world for the public opening of the 14th Venice Architecture Biennale. To accompany the show, the British Council collaborated with The Vinyl Factory to produce a special exhibition book named after the show: A Clockwork Jerusalem.

A labour of love for all involved, the book has been conceived as more than a catalogue, however, featuring essays by the curators and architecture commentator, Owen Hatherley, that propose questions about how the past can inform the future of British architecture. Mark Wadhwa, co-founder of 180 The Strand – this year’s pavilion sponsor – contributed the Afterword. “The book is for a wide audience because it relates culture to architecture,” says Wadhwa. “180 The Strand is about the people and the ideas that populate it, rather than just the architecture, and this show sets out how that has happened in the past and that it should be the vision for the future. And it does so brilliantly.”

The book is available to buy at the British Pavilion and will also be made available to purchase online. We'll be back with more information about how to get hold of this fantastic book.