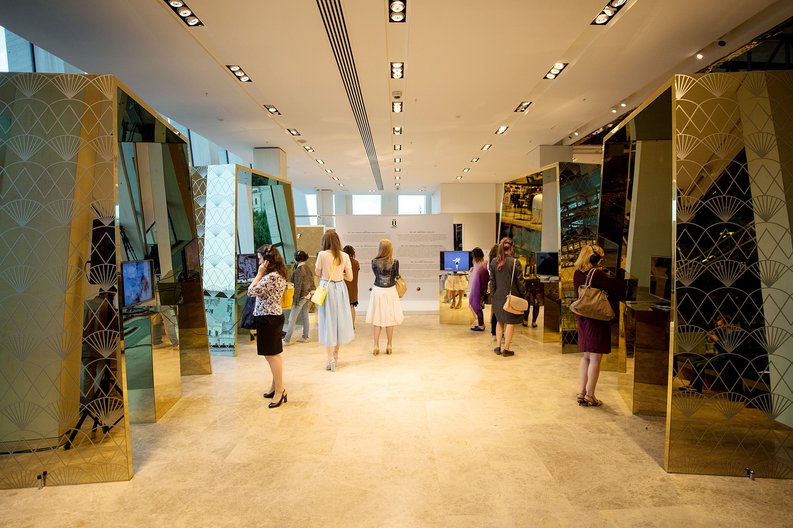 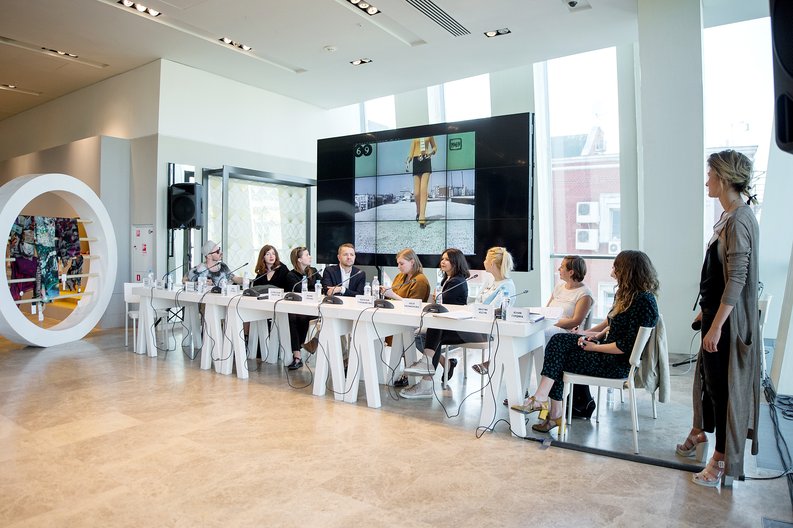 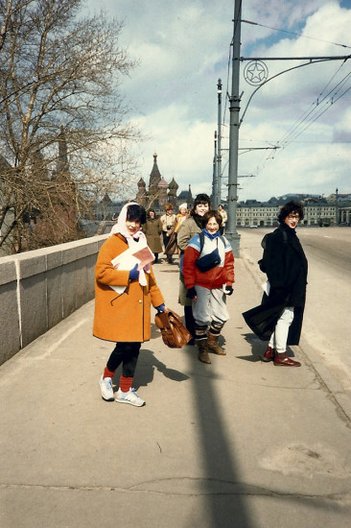 Recently London College of Fashion’s Nilgin Yusuf (Programme Director of Media for the Graduate School and Course leader of MA Fashion Media Production) touched down in Moscow to talk about Fashion Film to a new generation of creatives. The trip brought up memories of her first ever visit to the enigmatic city, 29 years ago. The fashion media production course leader and former Sunday Times Fashion Editor told us about her experience of old and new…

Arriving in Moscow in 1985 as a 19 year old art student was like being deposited, courtesy of Aeroflot, on another planet. I was on a two week art trip in respectively Moscow and Leningrad and after recovering from the extreme food-poisoning encountered on the plane, I was left to consider the vastness, strangeness and otherness of this city. Then, it was still a Communist state so queues for everything, a trudging workforce, haggling hotel maids, Moskvitches and snow.

It had a strange and powerful beauty; a sense of enormous scale. I was taken by the unabashed masculinity of a city like Moscow which seemed more authentic than the coy and prettified Leningrad (Peter the Great was obsessed by Venice and built his city not on Rock and Roll but the Italian capital). Being Western consumers, we sought out trophies: cool Russian watches that cost a few pounds, furry headgear or bold, modern posters extolling the workers or classic Russian movies. Neville Brody had introduced us to Russian Constructivism via The Face and we revelled in the real deal.

In Gum, the traditional shopping arcade, my pals & I happened across a shop that sold magnificent, engineered and reinforced womens girdles that were more Gaultier than Gaultier. We all came back with crushes on Mayokovsky, the 1920s Russian revolutionary poet, who we recognised as the first rapper. My friend even did her dissertation on him.

On my return, I headed to a three month internship at Vogue where a call came through the main office: “Does anyone know anything about this Russian designer called Slava Zaitsev?” asked a fashion editor. “I do..I was at his show last month in Moscow.” I was then invited in to be interviewed for the Channel 4 News, an occasion that my Dad lit a cigar for.

Twenty nine years later, I was invited by the British Council to a two day event exploring Fashion film. It would take place in Tsvetnoy, Moscow’s finest and trendiest department store. This was an amazing invitation and the event was well attended by a smart, media savvy audience.

Twenty nine years is a long time. Moscow was no longer alien territory but familiar, like Milan or Paris. Once, there was East and West, now, it’s one long Euro Zone. There is plenty of everything, instantly and a fiesta of brands: Macdonalds, Chanel, Louis Vuitton, BMW. Those hallmarks of capitalism – posters that invite you to buy, buy, buy – are everywhere, filling up the spaces which were once gaping and cavernous. I sought out traces of old Moscow. I scanned the city for hammers and sickles or statues of workers but they were rare. The Ministry of Foreign Affairs didn’t fail to impress, though.

I was ordered to buy a fur hat by my twelve year old and to do so had to go into a tourist shop which sells impressions of Russia to the west: painted wooden dolls, communist badges and tourist kitsch. Down the road was a second hand book market where my Russian student, Olya, my guide for a day found a 1950s book of Mayokovsky poetry. Twenty-nine years ago, there had been no fashionable department stores, no internet and therefore no fashion film. But I treasure the sense of adventure, discovery and other-worldliness. Something you won’t find in Starbucks.

Originally published on the London College of Fashion blog

Nilgin Yusuf was invited by the British Council to speak at the Tsvetnoy Central Market's Fashion Film Days in Moscow, a 2-day event at the department store exploring fashion film.