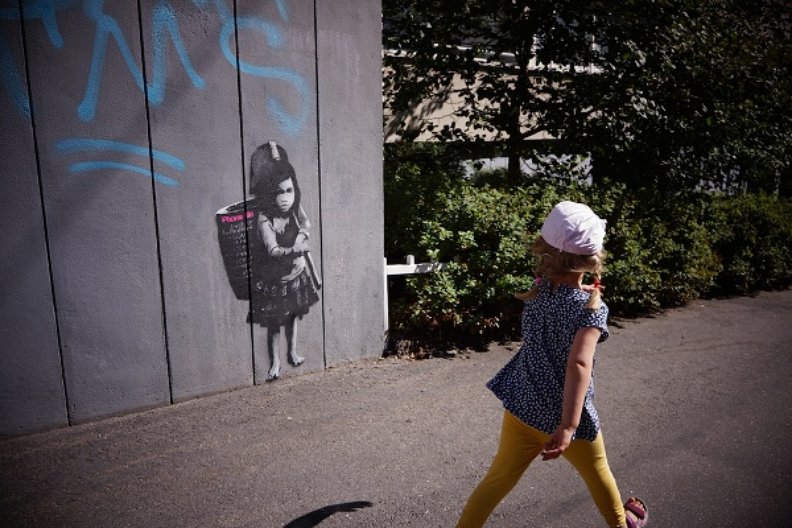 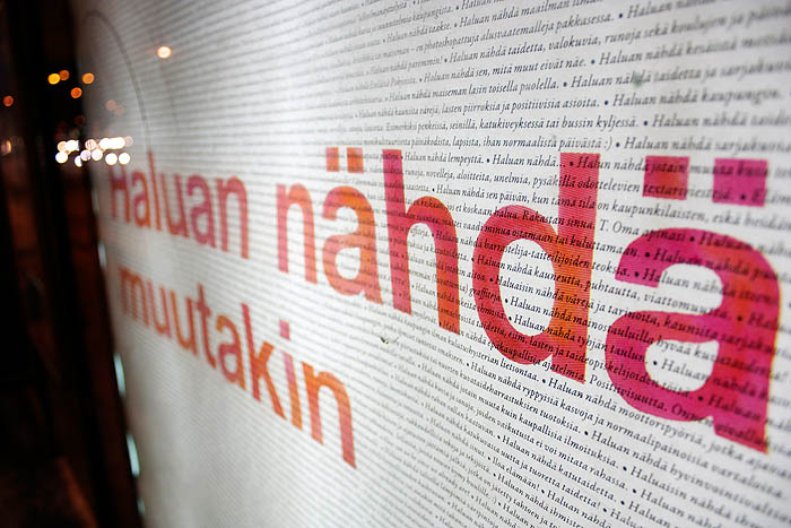 I want to see something else by Elissa Eriksson 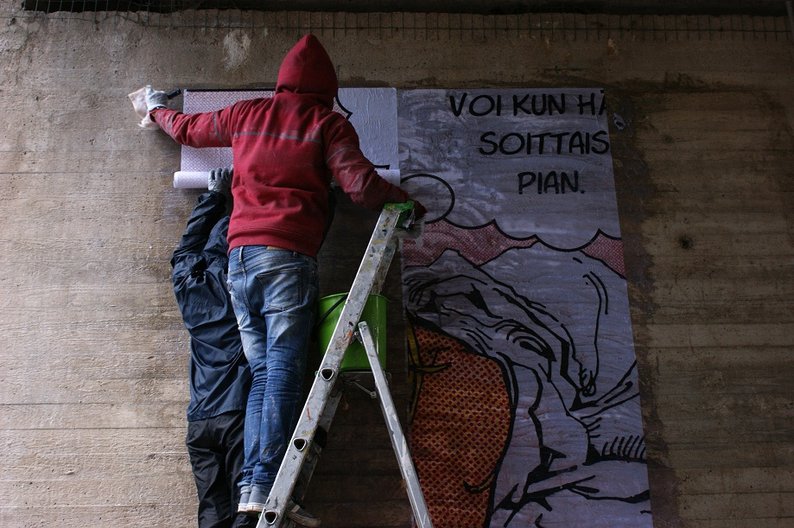 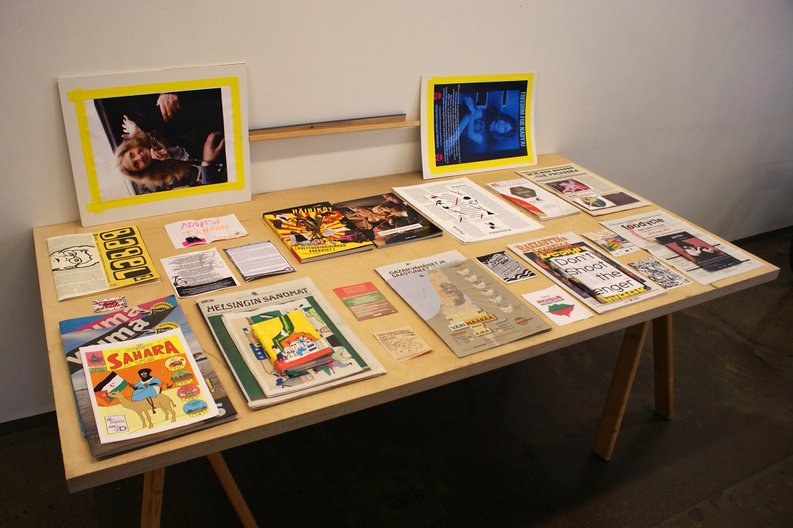 Public Acts was a great opportunity to investigate urban politics in Helsinki during a residency at HIAP. As a designer and researcher I investigate how the contemporary social movements use visual languages to address demands in public spaces, digital platforms and networks. Public Acts was a challenge to expand this exploration in Helsinki, in a period that the city is going through urban changes and welfare restructures. Based in Cable Factory HIAP studio, a historical building and a significant cultural space, I tried to develop an understanding of local urban politics, focusing on research and networking.

The project concentrated on the shifting notions of the public and in particular, its manifestations in the everyday environment of the city. Therefore, I met and interviewed artists, designers and activists while I collected printed media to document the dynamics of visuals in different city spaces. The most relevant aspects are outlined below.

During this time it was important to look how people use visual communication to address local issues or respond to the growing authoritarian political environment in Russia, just across their borders. Thus, I discussed with activists supporting Russian political prisoners and opposing the new law that criminalises ‘homosexual’ propaganda, such as the human right journalist, Oksana Chelysheva. This visual exploration also led me in the studios of Voima magazine, where I was learned on their use of culture jamming techniques aiming to talk critically about society, environment and economy. Jari Tamminen introduced me to his research on subverted media languages and his book, Häiriköt, the first publication in Finnish about this subject.

Afterwards, questioning the concept of anti-consumerism, I came across ‘Haluan nähdä muutakin’ (in English ‘I want to see something else’), an academic project of Elissa Eriksson. During an interview, she explained in more detail the design concept that claimed a part of the commercial outdoor media back to the people.

Moreover, because of the nature of my research, it was of significant importance to connect with the street art scene as well. Ganzeer a design activist from Cairo, was a great link to this space. During his residency at HIAP he was illustrating a public paste-up piece on the topic of conflicts minerals in a street art conversation with the Fin political artist Sampsa. The latter kindly introduced me to his work on iPhone-centric pieces, his recent painting in solidarity with Konstantin Altunin’s situation and also the ideas behind the initiative Common Sense in Copyright Act.

At this point I should mention curators Marita Muukkonen and Ivor Stodolsky of Perpetuum Mobilε with whom I had a first-hand conversation on the RE-PUBLIC exhibition they organized about Russian art in the streets, as well as the very relevant recent mural depicting the exiled American and former CIA employee, Edward Snowden being licked by a bear. Conceived by Ukrainian artist Roman Minin, the mural was made by pasting copies of WikiLeaks documents in Baana bike corridor in Helsinki. Marita, through her older article 'Democracy: Do It Yourself!' in the art magazine Framework, also introduced me to Juha Huuskonen initiator of Pixelache, a transdisciplinary platform that challenges the dominant design for grassroots democracy and collective participation.

Furthermore, as part of the Helsinki Design Week I joined a discussion on civic engagement and contemporary strategies of communication in public spaces. The event was hosted by Design Museum in Helsinki and I had the chance to talk about my research and practice, followed by Leena Suurpää and Johanna Sumiala presenting their research within the interdisciplinary project Youth Street Politics in the Media Age.

Probably I will not have the chance to reflect critically on and analyse all the above in this single post. Undoubtedly though, this research offered a study of how design practice is shaped by cultural, social and geopolitical contexts. I was honored to meet interesting people and start new collaborations, such as our participation in the ‘Don’t shoot the messenger’ exhibition at the Design Museum, Helsinki and having Ganzeer and Oksana Chelysheva on board for the next issue of the Occupied Times of London.

Last but not least, I would like to thank again British Council and HIAP for that opportunity, but also all the friends and co-workers I met in Helsinki who helped to complete this investigation.

Images of this project: Public Acts