Red Tape: The Enemy of Architecture? 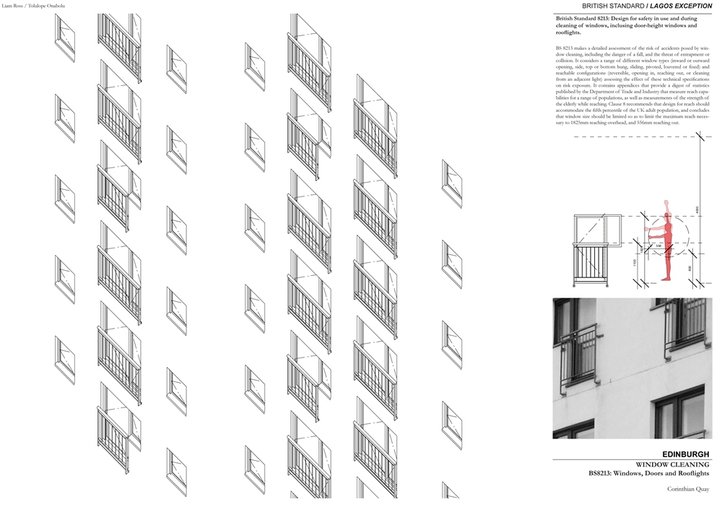 British Standard 8213 Design for Safety in use and during cleaning of windows. Drawing by Liam Ross 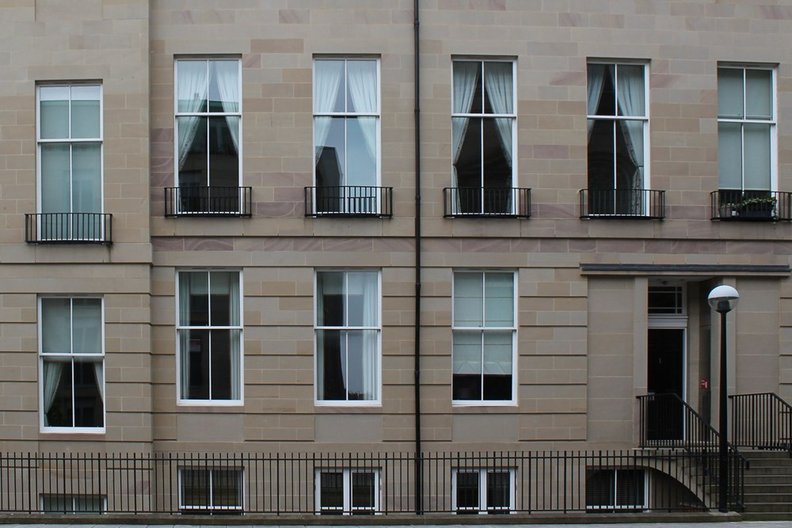 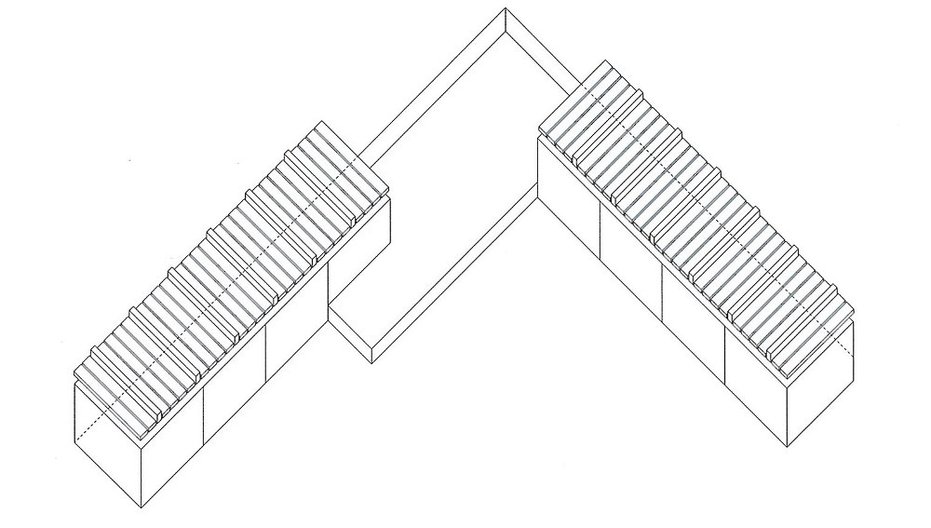 The relationship between risk, regulations and design has become an important discussion in recent years.  This lively panel debate was one of ten events associated with Venice Takeaway, the British Council commissioned exhibition that is currently at the RIBA, London. Looking at constraints as they exist through building and urban regulations, the speakers explored how rules and standards impact on the way that we - as citizens and designers - take responsibility for our actions, and assessed the extent to which red tape either impairs or inspires architectural creativity.

The evening was introduced Liam Ross whose research for Venice Takeaway led him to Lagos, Nigeria, where he investigated how individuals negotiated risk in an environment associated with ad hoc forms of urbanism - especially when compared to the formalised regulatory environment of his home city, Edinburgh.

As Ross outlined, the UK is awash with detailed rules for many aspects of design from the height and openings of windows to the placement of street furniture in urban space. Regulations, he argued, are often formulated on the back of a growing sense that individuals are at risk. So we have rules which seek to legislate, for example, against personal accidents through cleaning windows; or to eradicate the possibility of anti-social behavior that might result from a poorly placed bench in public space.

In his nuanced discussion, Ross avoided drawing simplistic conclusions that regulation automatically undermines creativity. Indeed he highlighted that architects are actually keen consumers of regulations, viewing their acquiescence to standards as a means of indemnifying themselves against the risk of legal action.  In this sense, while regulations represent a barrier to some design solutions, architects, he argued, also benefit creatively through freedoms bestowed by regulations.

So what did the panel make of all this?  Representing the cause of health and safety,  Tom Mullarkey, CE at the Royal Society for the Prevention of Accidents was keen to establish  his aim was to ensure regulations make life as safe as necessary rather than as safe as possible.  There’s some truth to RSoPA’s view that levels of current H&S are sometimes exaggerated. However, Mullarkey’s view that young children should be inducted earlier into the rigours of safety assessments did seem to rather undermine the freedoms and exposure to everyday  risks that are - according childhood expert Tim Gill, the author of No Fear: Growing up in a risk averse society - vital to growing up.

For Ross, the current enormous volume of regulations, guidelines and standards not only lack critical review but are often influenced by mission creep of public authorities, the nefarious agendas of pressure groups, and the vested interests of manufacturers – each eager for certain elements to be encoded.   However, as Alex Ely (Mae Architects) outlined, some standards such as setting publicly generated minimum space standards are important.  Hopefully Ely’s work might avoid a situation such as that in Scotland where the residential space standard for housing comes from Barratt Homes’ legal defence of the minimum space requirements for an inhabitant to squeeze in his furniture.

The point, as Piers Gough forcefully highlighted, is that regulations go so much further than key issues such as minimum space. The proliferation of red tape

means that planners actively restrict creative freedoms. Consequently, even a simple development requires mammoth amounts of work in the form of endless studies. Planner Finn Williams countered that good designers are adept at creatively manipulating the rules. He cited the great Finnish architect Alvar Aalto who suggested that ‘without constraints there is no creativity’.

Summing up, the chair - Venice Takeaway’s Alastair Donald – pointed out the importance of situating a discussion such as this within the wider context of shifting attitudes to regulations and risk.  Historically, codes and regulations - such as those following the 1666 Great Fire of London - reflected society’s emergence into the modern world. Codes reflected growing confidence that human order should be imposed on the natural world - for example, to control the threat posed by fires or floods. The regulations created - at least potentially – greater space for individual freedom.

Today we are going in the opposite direction.  Amidst angst over human society’s impact on nature, regulatory expansion is motivated by controlling human activity.  And standards to stop us falling out of windows or prevent anti-social behaviour similarly reflect a loss of confidence in human society - that we can and should be responsible for our own actions.   A project such as that by Ross which probes the drivers that underpin today’s regulatory impulse can play an important role in clarifying and reworking the relationship between risk and responsibility.