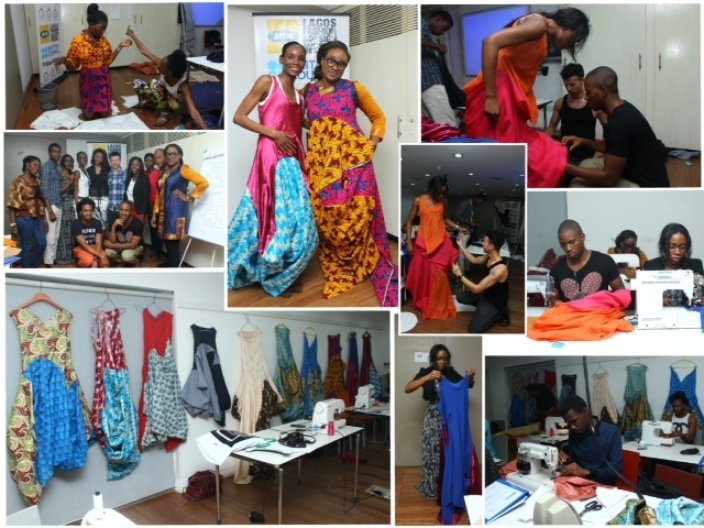 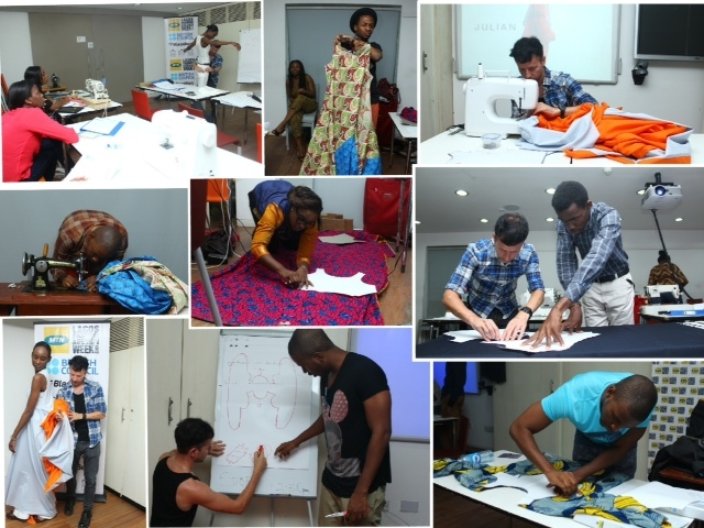 Here at the ADF we're very fortunate at the moment to have Julian Roberts as a member of our team.  Julian is a fashion designer and filmmaker, who has shown 13 collections at London Fashion Week and won the British Fashion Council's New Generation Award five times.  Included in his many accomplishments is the invention of a garment pattern cutting method called 'subtraction cutting.'  Julian has travelled the world giving demonstrations on this method, and most recently we've seen him travel to the British Council office in Nigeria to share it with the finalists of the MTN Lagos Fashion and Design Week Young Designers Award.

The method is unique in the way that it inverts many of the traditional ideas surrounding fashion design.  The garments are designed as the pattern is being made rather than as a drawing interpreted by a pattern-cutter. Designers like Madeleine Vionnet used techniques like this - she draped and modelled her garments on miniature mannequins; however, the end result was still interpreted by a pattern-cutter.

It is also unique in the way that it looks to design the empty, hollow space within the garment rather than simply the outward appearance.  It also makes design and production approachable to anyone who is interested. It can be learned within 3 hours using no maths and even by those without any previous knowledge of design or construction.  Julian's approach is to teach the wearer how to make the garment, making them aware of how it is constructed and how it actually relates to them and their body.

The same garment can never be made twice, and in this way it asks the maker to look away from using 'retro' and Western fashion inspiration. With designer's claiming copyright on their designs, like Christian Louboutin and the red soles, Julian's technique is meant to be copied, because it liberates the designer from any preconceptions and promotes experimentation, freedom and creativity.

Now with his British Council work, it's proving an innovative means of cultural relations.  The Nigerian fashion students mixed traditional African textiles and prints with Western fabrics to create pieces, which almost seemed to reference the drapery of their traditional dress.  And yet, Julian's sample fabric had been used to make a completely different dress when he gave the workshop in Russsia.  The open source nature of the method, which advocates knowledge sharing, embodies much of the British Council's mission in a very aesthetically pleasing way.