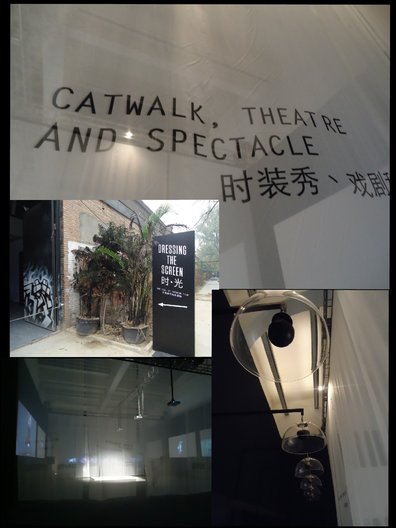 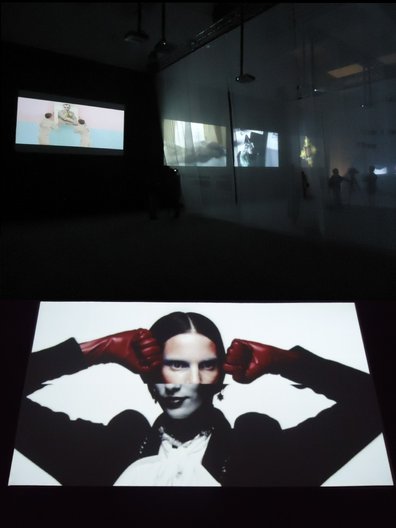 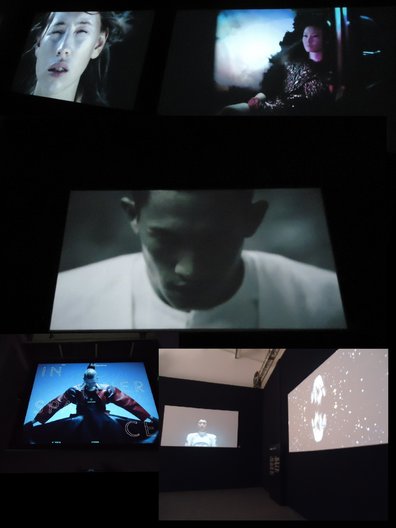 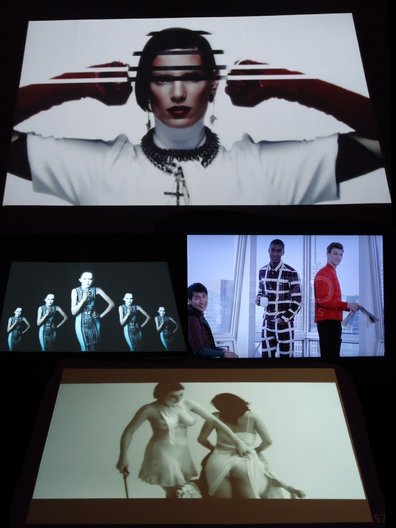 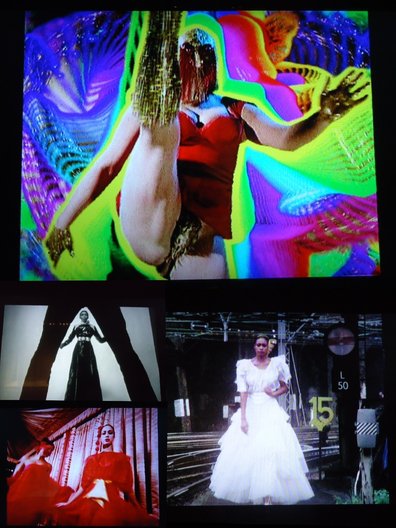 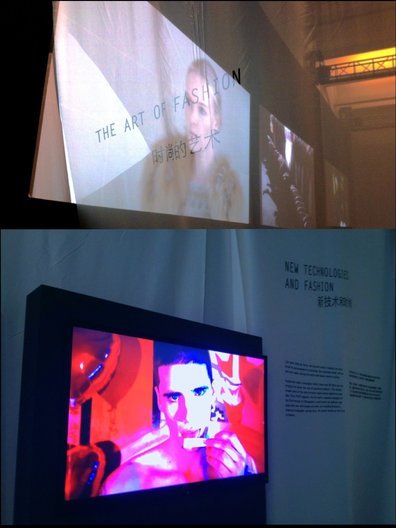 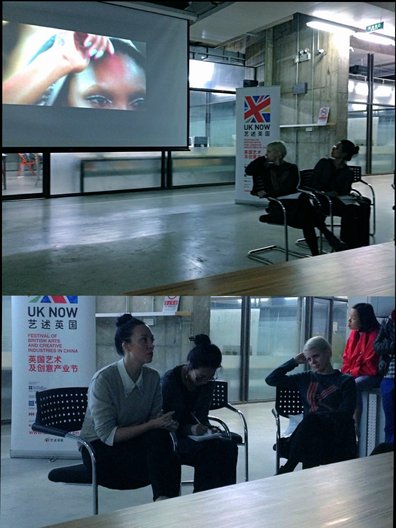 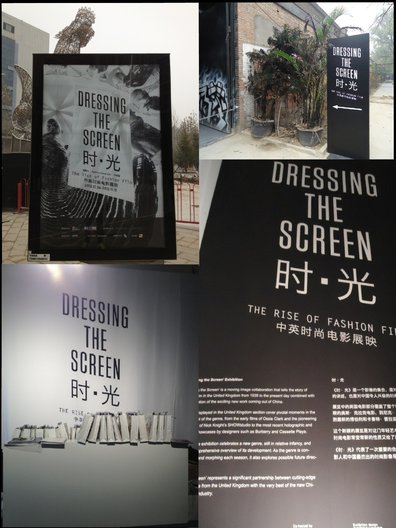 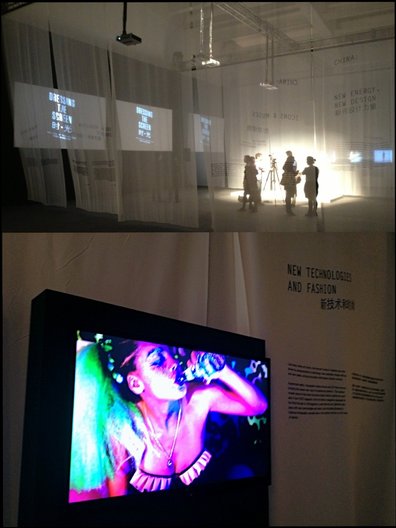 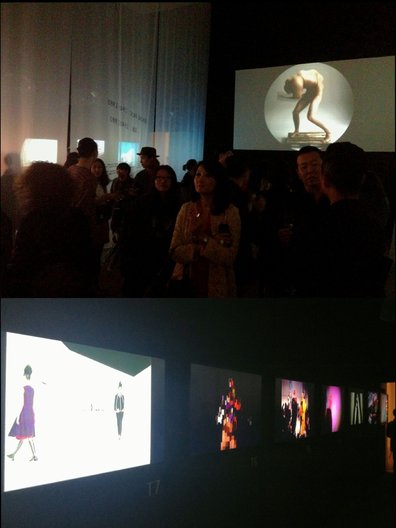 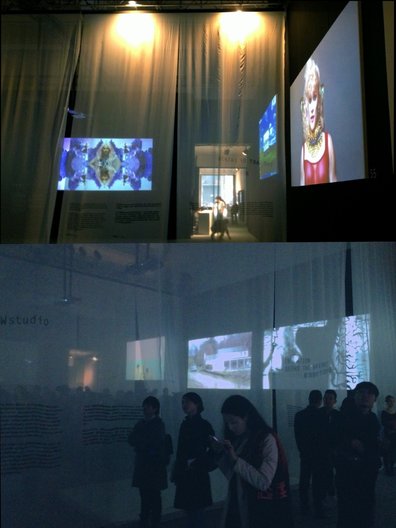 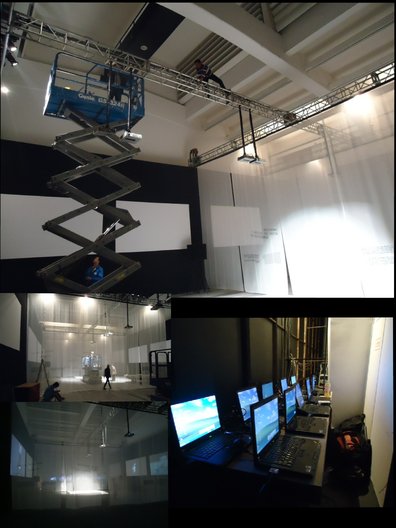 The British Council is delighted to announce Dressing the Screen, an exhibition in China of close to 100 films that will bring together work by some of the worlds most famous and innovative fashion designers and film-makers from the last 50 years.

Organised in collaboration with the Chinese lifestyle magazine Modern Weekly International, and Swarovski Elements, Dressing the Screen will open in Beijing on 26th October 2012 and run for two weeks.

The UK is seen by many as the birthplace of fashion film and Dressing the Screen will explore the origins, history and the pioneering role UK film makers and designers have played in its development, alongside exciting demonstrations of China's own fashion industry experimenting with this new form of expression.

“The digital revolution has transformed nearly every part of our daily lives, shaping how we share information and how we view the world. This new media has had an enormous impact on how we experience fashion.

From online virals to fashion blogs and platforms, the growing thirst for fashion
imagery seems unstoppable. Fashion film has become one of the main tools forshowcasing this digital generation, giving immediate access to high fashion delivered in an exciting and dramatic way.

This exhibition celebrates a new genre, still in relative infancy, giving a comprehensive overview of its development and as the genre is constantly shifting and morphing by the season, it also explores possible future trends. It represents a significant partnership between cutting edge fashion film makers from the UK with the very best of the new Chinese fashion film industry and I am excited about the potential of this collaboration”

The British Council is the UK’s leading cultural relations organisation, and has the arts at the heart of many of its global projects. Dressing the Screen is the grand finale of the British Council’s UK Now Festival which has taken place between April and November 2012 in 17 cities across China presenting recent and exciting artistic work to audiences in China to promote the UK as a powerhouse of creative thinking with an emphasis on new-media and technology. It also falls in the year of the 40th anniversary of the resumption of diplomatic relations between the UK and The People's Republic of China.

Dressing the Screen provides a comprehensive look at British and Chinese fashion film divided into nine sections, starting with an exploration of early experiments in fashion film from the British Film Institute (BFI) archives, including work by Ossie Clark, Vivienne Westwood and Mary Quant. The exhibition then moves on to look at theatre, spectacle and the fashion performance featuring displays by Bodymap, the 1980s fashion label whose revolutionary catwalks were more performance art than runway, fashion performances by Leigh Bowery, one of British fashion’s seminal muses in an experimental video by John Maybury, and the early catwalk of Hussien Chalayan.

The main section of the UK contribution is dedicated to work created in the last five years from 2008-2012. Titled “Digital Revolution”, it features four wall-sized screens which form the centre piece of the show, featuring the groundbreaking work of film directors Ruth Hogben, Barnaby Roper, Inez Van Lamsweerde, Vinoodh Matadin and Marie Schuller, Quentin Jones, Elisha Smith-Leverock, and Sarah Chatfield for fashion designers such as Holly Fulton, Fred Butler and Henry Holland; and the work of visual artists and photographers such as Julie Verhoeven, Alice Hawkins and Sarah Piantadosi.

The final part of the UK contribution looks at advances in technology and the future of fashion films, highlighting experimental new ways of showcasing fashion from the innovations of POST magazine, Test magazine and DIS magazine through to a holographic catwalk display by Burberry.

It has three themes. The first, Fashion Icons, features a film of Zhou Xun by Stephane Sednaoui, and short films interpreting the style and beauty of ethnic Chinese supermodels by Madame Song, Wing Shya, and Christopher Doyle. The second, New Design New Energy, displays works created by innovative China-based designers including MASHA MA, Chen Shaoyin, Qiu Hao, Zhang Huishan, Zhou Xiangyu, and Ou Minjie.  The third theme, Art and Game, explores the application of fashion by contemporary artists including Yang Fudong, Cao Fei, Huang Ran, and Lu Yang. This section of the exhibition will feature close to 30 Chinese short films and a specially-commissioned secret film will be shown for the first time during the opening.

The exhibition space at the UCCA Gallery in Beijing’s 798 Art District has been designed by British architectural firm Serie Architects.

Jaime Perlman, Creative Director of British Vogue and Founder of Test mag, and Ruth Hogben, one of the world’s leading fashion film directors, will be taking part in the Dressing the Screen launch and wrap around events.  They will contribute to a panel discussion with Kathryn Ferguson and local Chinese representatives as well as presenting their own work.

Swarovski Elements will be hosting a special screening of fashion films, in collaboration with designers such as Marios Schwab, Hussein Chalayan and Rodarte.

Belfast born Kathryn Ferguson is a filmmaker and curator, working with the British Council, British Fashion Council and Birds Eye View Film Festival specialising in the emerging genre of fashion film.  She has directed short films for fashion designers and musicians including Chloé, Richard Nicoll, Charlie Le Mindu, Katie Eary, Lady Gaga and Domino Records. These films have been featured on MTV, SHOWstudio, Dazed Digital, Twin, Bubblebyte, the BBC and in Vogue.  Her experimental film work has been selected for film festivals, screenings and group shows around the world including OneDotZero, the 59th Berlinale, the V&A, the Pompidou Centre, ASVOFF Barcelona, BYOB and Birds Eye View Film Festival at the BFI.

Kathryn Ferguson is also a lecturer, and has given fashion film talks and workshops with the British Council in Sarajevo, Lublijana, Lagos, Manila, Moscow and Portugal.

Serie Architects is an international practice based in London, Mumbai and Beijing. Serie works in the diverse field of architecture, urbanism and design. The practice is fascinated by the evolution and mutation of building types in today’s cities and the projection of these forms of intelligence into spatial solutions. Working typologically and harnessing the cumulative intelligence of building types, is key to the work of Serie. The practice is known for its position which emphasises the study of building typologies and their evolution. Thus, Serie advocates careful study of historical building precedents as a basis for speculating on new solutions. With a close relationship to the internationally recognised Architectural Association School of Architecture in London and Harvard Graduate School of Design in the USA where Chris Lee is a member of the academic faculty.