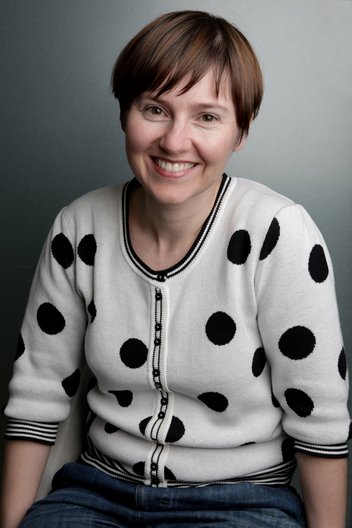 I am Guest Editor this month for the London Architecture Diary where this text appears.

As I write, there’s a light rain across central London, a strange phenomenon this summer. The warm dry weather has fuelled my interest in gardening, and I’ve high hopes for my entry in Camden’s ‘Best balcony’ award. Architect Neave Brown describes how to design a good balcony in a film, which is part of a small but lovely exhibition about Alexandra Road Estate at Holborn Public Library. Brown says that a balcony should be like a room, with a good balance between enclosure and exposure to the elements. (Incidentally, there’s also an interesting display of Sydney Cook’s designs for Holborn library in the foyer).

My balcony at the Brunswick Centre (completed in 1974 just as Alexandra Road was being designed) is so crammed full of plants that I’ve recently taken to cultivating some parched tree pits on Marchmont Street. The reaction from passers-by ranges from smiles to hostility: someone even asked if I was a youth offender on a community scheme. I was pretty flattered by this, but also struck by the automatic assumption that individual action must inevitably be part of a ‘scheme’. There are a few gardening highlights this month: from the Urban Physic Garden in Southwark, produced by Wayward Plants, to Open Gardens Weekend. Guerilla Gardening founder Richard Reynolds, will be speaking at the RIBA this month at ‘A Better Outside’, which questions whether radical tactics are now needed to improve public space. I’m not sure what is radical about planting sunflowers in public space, much as I enjoy doing it.

Architecture these days seems to have lost its ability to shock, which might be why students often look more to the art world for inspiration. This struck me last month when I did some crits at the AA School for Takero Shimazaki and Ana Araujo’s Inter Unit 2. It was a fascinating day and I’m looking forward to going back for the Projects Review to see how the projects have developed. This is the season for graduate shows – The Bartlett; Kingston University; RCA; and my own school, Westminster Uni to mention just a few.

Last week, walking past Lutyens’ former Midland Bank on Piccadilly, an architectural historian friend of mine was outraged to see that a new red sign – “Piccadilly Community Centre” - had been nailed to the façade. She stomped inside, proclaiming this to be an outrageous desecration of a listed building. But it turns out the sign – along with a hoarding for ‘Payday loans’ – is an installation for Hauser&Wirth. Swiss artist Christoph Buchel has transformed the gallery into a ‘pop-up’ community centre, complete with ‘knit n knatter’ sessions and a café. There’s even a website, designed in the vernacular (Comic Sans), appealing for volunteers. One wonders who is being made a fool of here: the pensioners who innocently walked into this community theme park; or the art lovers who drool over the apparent subversion of a prime location for public use.

The founder of Hauser & Wirth, Gregor Muir, recently took charge at the Institute of Contemporary Art, and many people wait with baited breath to see how he will turn the ailing organisation around. The galleries reopen on 8 June with Pablo Bronstein: Sketches for Regency Living. Bronstein has been given free reign of the building and when I visited a couple of weeks ago, a vast mural of a Nash facade was being painted in the upper galleries. To coincide with the show, there’s a season of films entitled ‘Cinema’s Architects of the Uncanny’.

Muir is also introducing some bold, but cheap alterations to the building with the help of 6a Architects: the main gallery wall is being demolished and an upstairs workshop, which the public has never seen before, converted into a Talks space. Muir seems determined to put the ICA back on the contemporary art map. I hope he succeeds.

My other highlights this month are: The Architecture Room at the RA Summer Show; Junya Ishigami’s Architecture as Air at the Barbican; George Shaw at the South London Gallery; and Fred Sandback at the Whitechapel