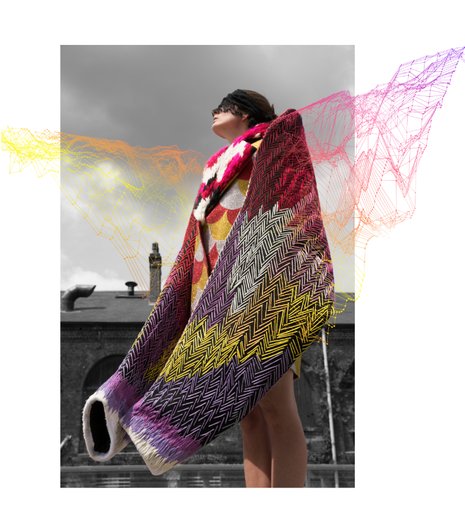 “A map of the world that does not include Utopia is not worth even glancing at, for it leaves out the one country at which Humanity is always landing. And when Humanity lands there, it looks out, and, seeing a better country, sets sail. Progress is the realisation of Utopias.”
Oscar Wilde

Throughout history, and across cultures, people have imagined better ways of living in the hope that by imagining that another world is possible empowers us to create it. Although the practice is as old as human civilisation, Thomas More was the first to give it a name, capturing the human imagination ever since. While it means both ‘no place’ and ‘good place’ Utopia is often imagined as a physical place - an island, city or realm – happened upon by a traveller who discovers new ideas which present solutions to challenges they face in their own country. At the heart of Utopia is the understanding that we can learn from different places, peoples and cultures. In this spirit, the International Fashion Showcase 2016 will create a space of possibility, aspiration and anticipation where our audience can encounter the imagination of the world through fashion.

Utopia is not simply a re-imagination of the present, it also looks back to things we have lost or are at risk of losing. In another famous Utopian vision, News from Nowhere, William Morris imagined a place where traditional crafts are revived, transformed and reimagined. Utopia can be as much about nostalgia as the longing for a better future, and as much about rediscovering as discovery. Since 2012 the International Fashion Showcase has encouraged designers and curators to delve into their history and cultural heritage to reinvent it. In Fashion Utopias: International Fashion Showcase 2016 we have encouraged them to look to visions for an ideal world in their past and recapture them for the present.

The many versions of Utopia expressed in mythologies, stories, culture and the arts show us what different people across the world hope, and have hoped, for. We find utopias in literature, theatre, architecture, film, music and popular culture as Ernst Bloch, the great 20th century philosopher of Utopia, reminds us. He also reminds us not to disregard fashion, for in it as much as in other cultural forms he sees ‘wishful images in the mirror’, a magical reflection of ourselves and our lives. The artist, designer, creator and inventor often hold up a mirror to collective dreams, acting as a voice for them and as agents of change who can show us how they might be realised. In the exhibition we will present designers who act as commentators and innovators as well as dreamers, and work that explores fantasy, imagination, hope and optimism.